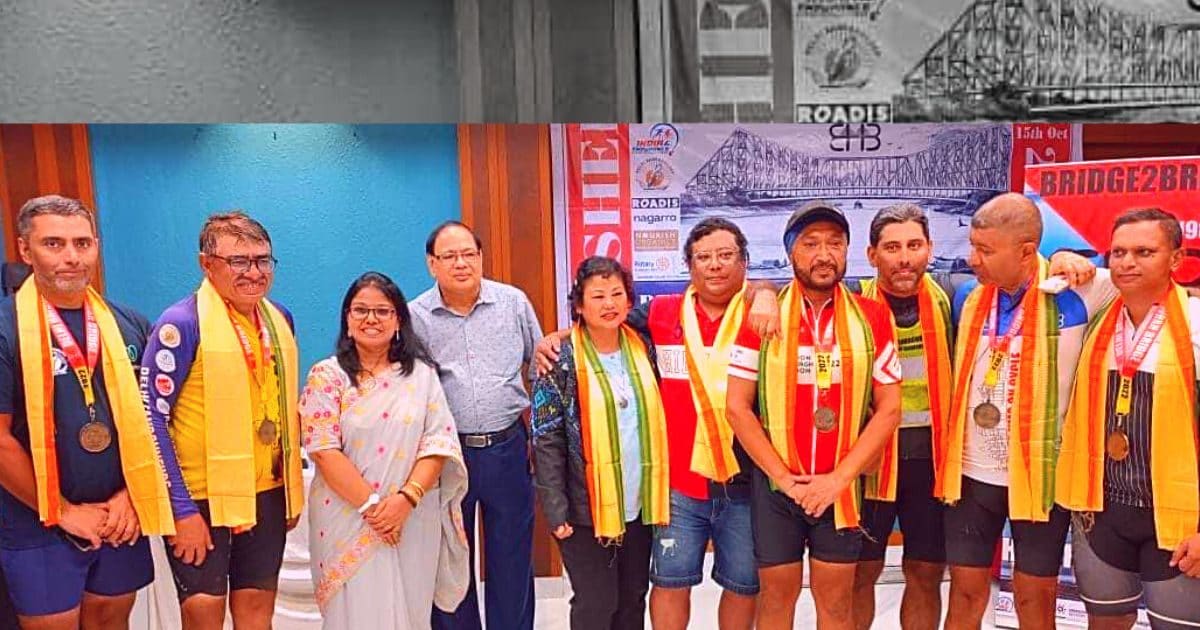 The journey started from Delhi on 15 October and reached Kolkata in 4 nights 5 days.

New Delhi. Delhi Randoners has completed a massive cycling tour to tackle the huge challenges like global warming and climate change. The purpose of this yatra was to bring to the fore the importance of the bicycle as a cheap and durable vehicle. This yatra was carried out by Delhi Randoners in association with Rotary Club of Kolkata. Starting from Delhi’s Signature Bridge, this cycle journey reached Howrah Bridge in Kolkata. This yatra is one of the biggest cycle tours of India, which started from New Delhi on 15 October 2022 and took 4 nights 5 days through cities like Mathura, Agra, Kanpur, Prayagraj, Aurangabad, Varanasi, Dhanbad, Durgapur Reached Kolkata. During this, cyclists covered a distance of 1480 km. distance covered.

These cyclists who left Delhi reached Kolkata on 19 October. All of them believe that global warming and climate change is a big challenge for the global world. Only dialogue on environmental issues and planting of forests can stop this menace. These 8 cyclists named Sanjeev Ratan, Dr. Pawan Dhingra, Balraj Singh Chauhan, Muneet Puri, Vishal Lalotra, Priya Ranjan Sharma and Utkarsh Verma aim to show the world that the use of bicycles produces zero emissions.

Cycling has huge benefits at the social, economic and health level. Zero-carbon emissions are one of humanity’s greatest hopes for a shift towards the future. These cyclists, who are out on a mission to keep the earth’s environment better for the future generations, appeal to the public to adopt bicycles. Also raise awareness to make cycling safe on the road.

Passengers said, ‘It is a matter of thinking that if they can cycle from Delhi to Kolkata, then why can’t we go from our home to office by cycle.’