A to Arjun, B to Balram, C to Chanakya: UP’s government school is teaching English in a new way 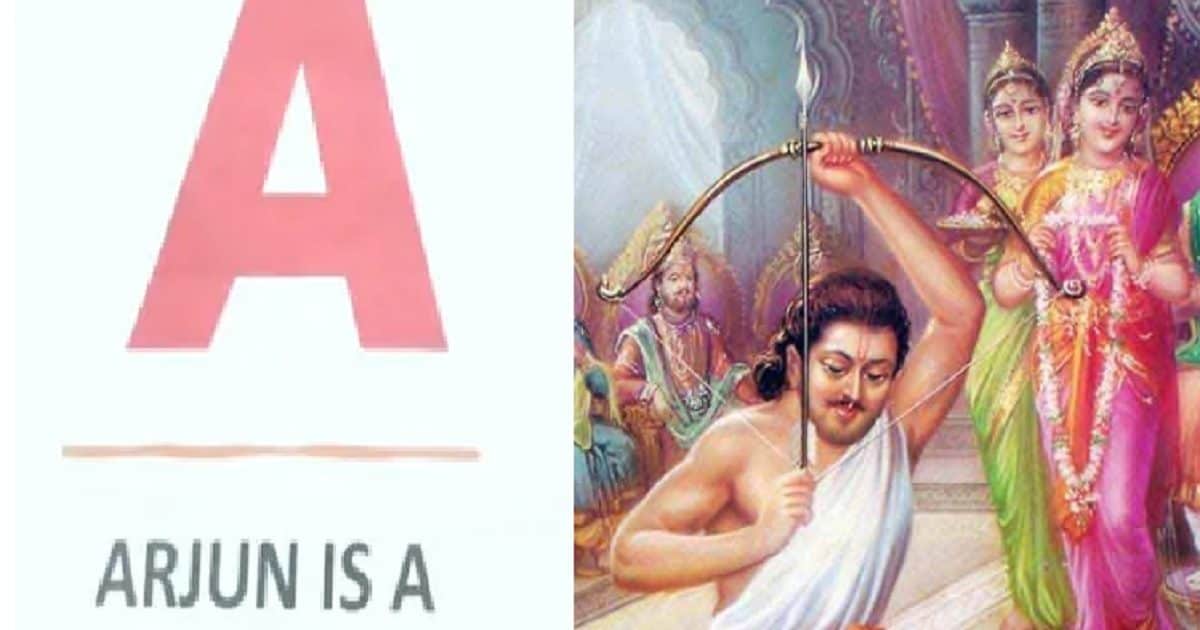 Double information being given to children from the English alphabet

Getting mythological-historical information with alphabet knowledge

Lucknow. A unique experiment has been done in a government school located in Lucknow, Uttar Pradesh. Here, while giving knowledge of the letters of the English alphabet to the children, historical and mythological information of India is also being given. In this new ABC, A is for Arjuna, B for Balarama, C for Chanakya, D for Dhruva, E for Eklavya, F for four Vedas, G for Gayatri, H for Hanuman, I for Indra . Giving information about this, Principal of Aminabad Inter College, Saheb Lal Mishra said that students have less knowledge about Indian culture, so we have done this to increase their knowledge. The new alphabet chart created by the school not only has names but also shared symbols of mythological and historical figures along with their descriptions.

Principal Saheb Lal Mishra told that in our alphabetical chart A is for Arjuna, so we have also put a symbolic photo. So that children can relate to it and understand that Arjun is the great warrior of Mahabharata. Along with this photo, its historical and mythological importance has also been told. For example, Arjuna has been described as a ‘great warrior’ and Chanakya as an ‘ideal teacher’. Other English words and grammar are also being taught to the children. The English language is being taught as per tradition on the basis of syllabus. This Inter College (School) is run by the Municipal Corporation and was established in 1897.

Will do this experiment in Hindi alphabet also, preparations are being done
Principal Saheb Lal Mishra said that many experiments have been done to make studies interesting and informative. Along with the Hindi alphabet, efforts are on to provide information about the historical and mythological figures of India. Information about all such well-known heroes and important people is being given to the school children, from whom they can be inspired. Innovative experiments are being done to connect children to their roots. He said that there is an attempt to provide a similar pattern in the unique Hindi alphabet.