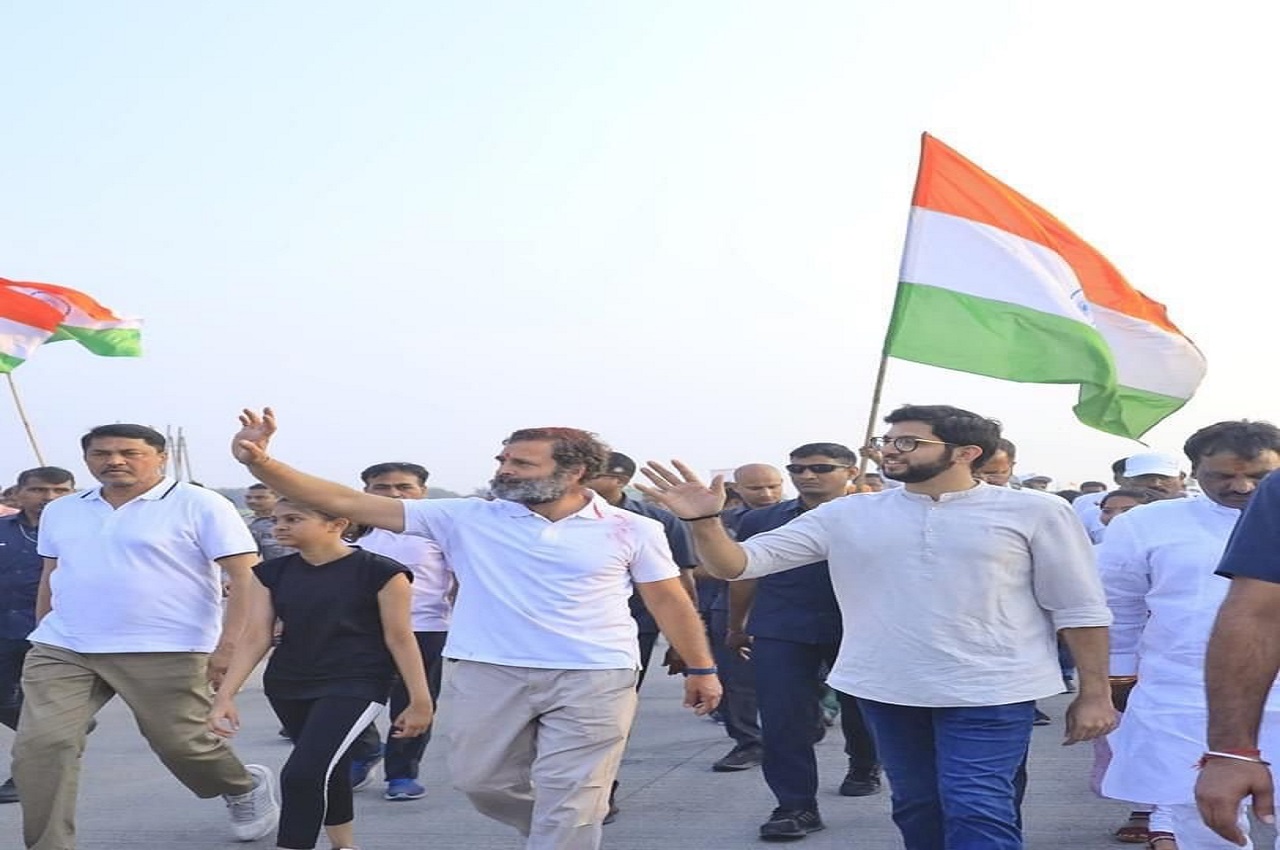 Thackeray was accompanied by party colleagues Ambadas Danve, who is the Leader of the Opposition in the state Legislative Council, and former MLA Sachin Ahir, reported news agency PTI.

The cross country foot march led by Congress MP from Kerala Rahul Gandhi has entered its 65th day. Gandhi and Thackeray were seen walking together, shaking the hands of the people gathered on the way.

On Thursday, Nationalist Congress Party leaders Supriya Sule and Jitendra Awhad took part in the march. While NCP chief Sharad Pawar was invited to attend the yatra, he could not take part due to ill health.

Shiv Sena (UBT) chief Uddhav Thackeray has also been invited to take part in the march during the Maharashtra leg.