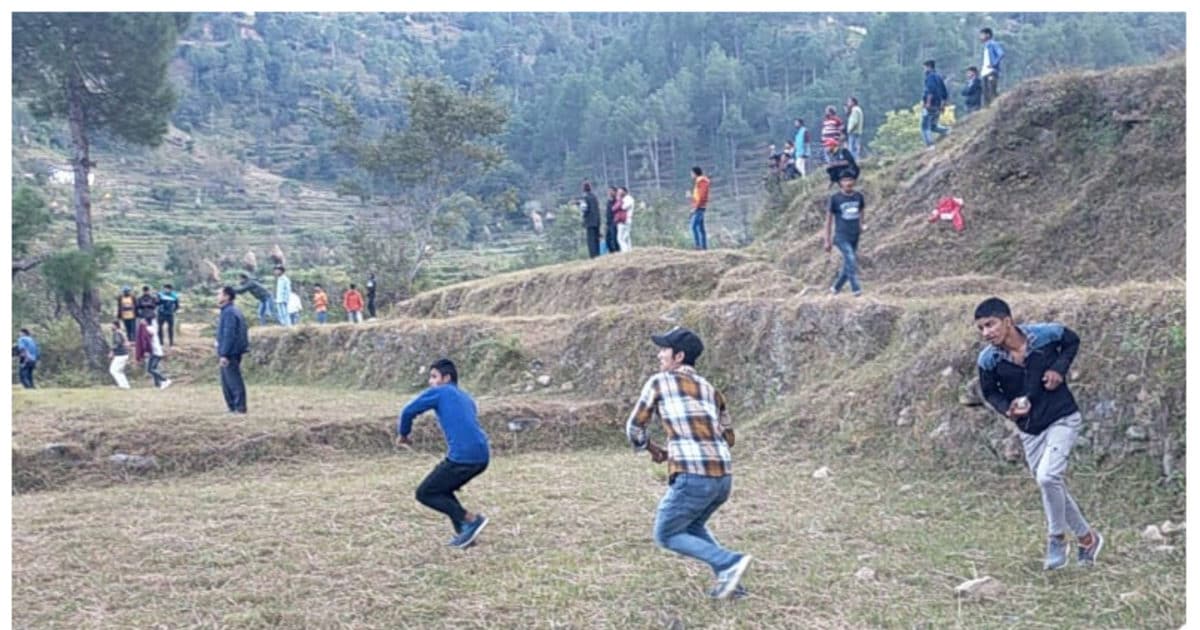 Almora. Stone war i.e. Bagwal is played on the day of Govardhan Puja in Vijaypur Patiya village of Takula development block of Almora, Uttarakhand. It is being organized on the lines of Devidhura of Champawat. The practice of stone warfare in Patiya has been going on for centuries. Whereas in Bagwal, people from four villages take part and stand on both sides of the Pachghatiya river and rain stones on each other. In this stone war, whichever team member first gets down in the river and drinks water, that team is declared victorious.

The biggest feature of this war is that the warriors who get hurt by stones during the war do not use any medicine, but apply scorpion grass and the soil of that place. They believe that by doing this they get cured in three days. In this year’s Bagwal, the Ranbankurs of Kasoon and Kotuda were the first to win by drinking the water of the Pachghatiya river. This battle lasted for about half an hour.

Local resident Chhani Ram said that there is no exact information about when and why the Bagwal started in Vijaypur Patiya, but local people believe that when Almora was ruled by Chand dynasty kings, at that time there was some outside robber king. Coming to these villages, he used to loot people. Disturbed by this, one day the people of these villages had driven away the robber king and soldiers by beating them with stones. In this incident then 4 to 5 people died. There was a lot of blood shed at this place. Since then, the practice of stone war is still going on here.

Share
Facebook
Twitter
WhatsApp
Linkedin
Email
Telegram
Previous articleMutual fund: In 12 years, this fund has increased money by 8 times, have you also invested in it?
Next articleSee the world’s fastest bikes in photos, price and features will blow your senses