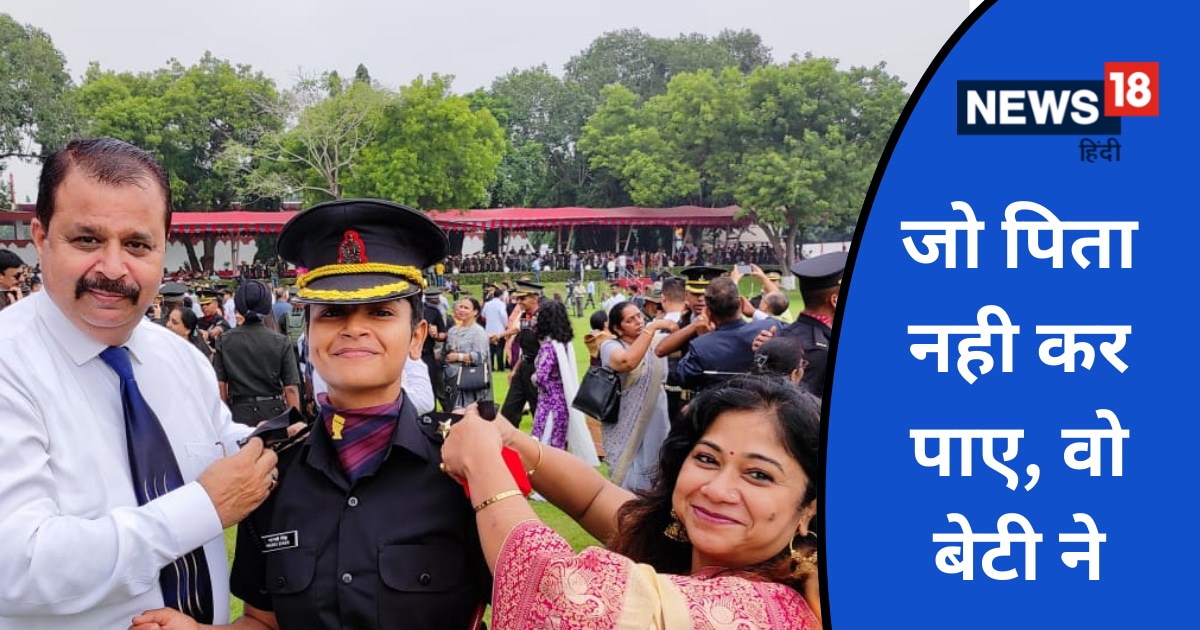 Agra. Dharmendra Singh, a resident of Dayalbagh Takshashila Colony in Agra, Uttar Pradesh, had a dream to serve the country by joining the army. He tried thrice, but was unsuccessful. There was always a tinge of this thing in his mind. Later he thought that he would send his son to the army, but luck did not support Dharmendra Singh here too. A daughter was born in their house as the first child. Then Dharmendra, considering his daughter Mansi as his son, inspired him to join the army.

Inspired by her father, Mansi decided to become a military officer in any case. After overcoming all the obstacles, she topped the SSB exam in the second time and returned to Agra as a lieutenant in the army. Dharmendra Singh’s daughter has made her chest proud by fulfilling her years old dream.

Daughter worked hard for her father’s dream
Manasi has reached Agra after completing her lieutenant training from Chennai Officers Training Center. where he was warmly welcomed. Mansi’s father Dharmendra Singh works in a paint company, and her mother Prerna Singh has her own business. Mansi tells that she had a dream since childhood that she herself would do what her father could not do.

Mansi, who was a topper of class 10th and 12th, is also interested in sports and singing. Along with doing B.Tech from Dayalbagh College, he also prepared to join the Army. He has achieved this success after hard work day and night.

Discipline in life comes from the army
Mansi believes that Army means discipline. The stars on his shoulders mean responsibility. The place of the army in the society is very special. The opportunity given to her to serve the country, she will fulfill it with full hard work and dedication. He told that the training of the army is very difficult. For this you need to be strong mentally and physically. Those who are preparing for it, if they prepare physically and mentally with full heart, then they will definitely get success.