Alwar News: Modern farming is pleasing to the farmers, green house culture is getting rich, know the whole matter 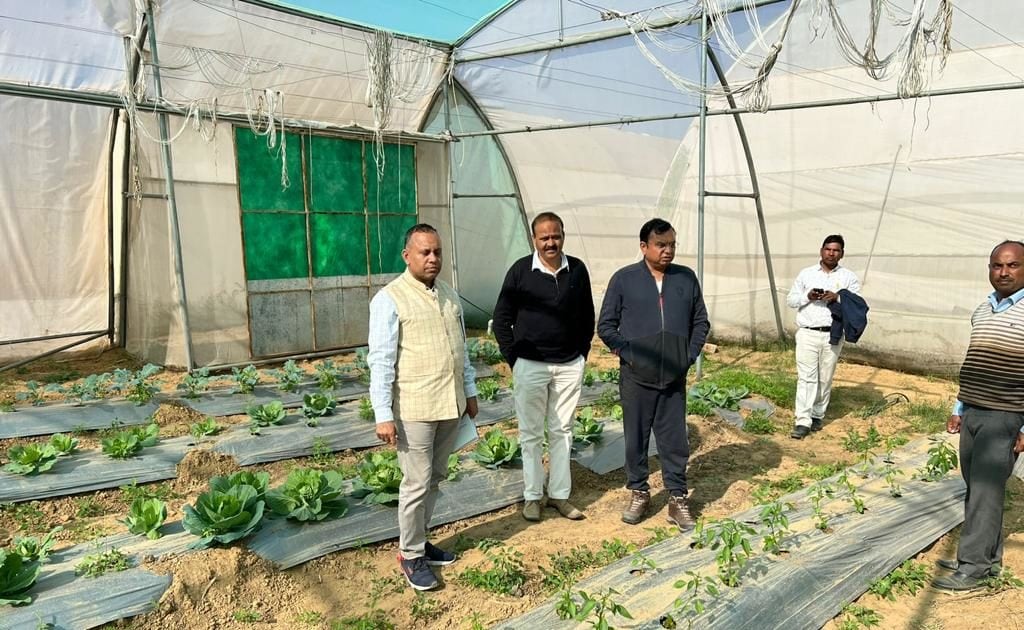 Alwar. The impact of technology is now affecting the farmers as well. For this reason, farmers of Alwar district of Rajasthan are earning lakhs of rupees these days by turning to modern farming. In fact, farmers are now adopting green house culture by doing protected farming.

Let us tell you that till a few years ago, the farmer used to digest the whole day in the field of farming and he could not even get the cost of the crop from the produce of the farm. At the same time, the new technology that has come with time has changed the methods of farming of farmers. The farmers of Alwar district have now started doing their own protected farming and horticulture techniques like green grass.

Farmers like protected farming because of this
The level of groundwater in Alwar district is continuously decreasing. Farmers are unable to get water for irrigation and even full water for drinking. Due to this, farming with traditional techniques has become a loss-making deal for the farmers. To overcome this problem, farmers adopted protected farming. This technique can be cultivated in more area with less water. The Horticulture Department believes that farmers will benefit from protected farming. Farmers will get a chance to know the farming of this technology closely and they will adopt it.

Government is also giving encouragement to protected farming
The government is also encouraging protected farming. On behalf of the Horticulture Department, 50 to 75 percent subsidy is being given to the farmers for protected cultivation. The reason for giving grants to farmers is that farmers do not have full money for farming, the help of the government gives encouragement to the farmers. For protected cultivation, the approved firm has to pay only 25 or 40 percent of the farmer amount, the rest of the grant is given directly to the company. Due to this there is no burden on the farmer and it becomes easy to do protected farming with less money.

Four schemes running by the Horticulture Department
Assistant Director of Horticulture Department Leelaram Jat says that 4 types of schemes are being run by the department, which are protected farming, water saving scheme, solar and horticulture scheme. The trend of protected farming has increased in Alwar. From 2011, the government started setting up green houses in Alwar on 70 to 75 percent grant. In the initial days, green houses were installed in 1000 square meters, but they were unsuccessful. After this, the department expanded its scope to 4 thousand square meters, due to which now green houses are running successfully. According to the Horticulture Department, 40 to 45 green houses are running in the district. In this, farmers save about 7 to 8 lakh rupees every year. Solar plants are also being installed by the department, in which 60 percent grant is being given by the government. So far 1200 solar plants have been installed in the district. With this the farmers will get rid of the problem of electricity. In this, more applications are still being received by the department.

Share
Facebook
Twitter
WhatsApp
Linkedin
Email
Telegram
Previous article‘I am going to make a big announcement on November 15..’ – Former US PM Donald Trump said
Next articleChandra Grahan 2022: What will be the effect of lunar eclipse on your life today? read your horoscope