An angry man tried to crush the female traffic cop 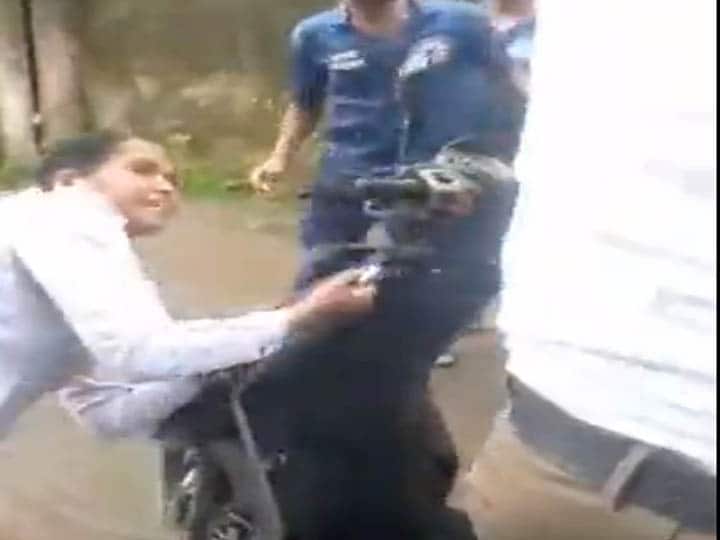 Mumbai News: One, he parked his scooter in a no-parking zone and on refusing, the angry youth tried to crush the women traffic police. After this incident, both the youth and his wife have been arrested. The incident happened on Monday afternoon, when the couple appeared at the police post at Patankar Park in Nalasopara area of ​​Mumbai. Both had parked their scooty in the no parking zone. On refusing the woman traffic police started abusing her indecently.

Video of this incident is going viral

When his wife saw this, she also started shouting “Slow down – slow down.” Bhelouria dragged the policeman on the road for some distance by scooty, in which the policeman has suffered a lot of injuries. On seeing this, other policemen came running and saved the woman traffic policeman. The youth and his wife have been arrested by the police. During his arrest, Bheloria, a lawyer by profession, alleged that the policeman was “targeting” him for the past several months.

New CDS of India: Career of more than 40 years, Experience of Anti Terrorism Operations, Know who is the new CDS Anil Chauhan?

PFI Ban 10 Updates: What will happen to the members after the ban, police can arrest? Who is going to court against the ban, know everything

Can diabetes be controlled with metabolic surgery, know what experts say