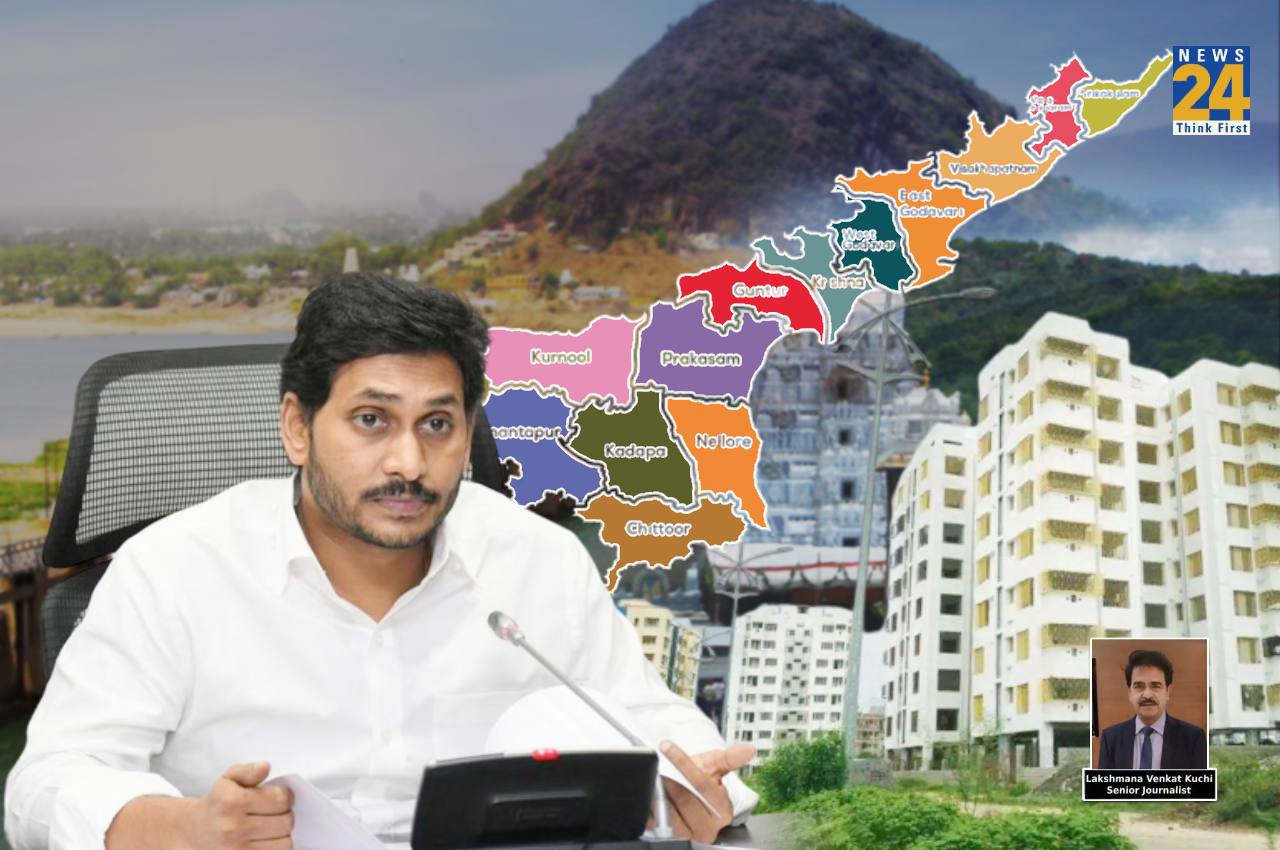 An interesting political battle fueled by real estate concerns – or rather to affect real estate owned by people close to former Chief Minister N Chandrababu Naidu in and around Vijayawada – has raged once again in Andhra Pradesh as Chief Minister Jaganmohan Reddy has revived its three-cap plan – designed to reduce the importance and monetary value of land in the capital Amaravati.

The plan to develop three capitals for the state is on course to take away the glare from Amaravati – where the land was reportedly bought by people close to former chief minister N Chandrababu Naidu and the super windfall spurring profits. affects. Property prices hit the roof after the decision to make Amaravati the capital became public.

Once Jaganmohan Reddy took power from the Telugu Desam Party, he struck down his adversary, where it hurt him the most – Amaravati, by developing two more ‘capitals’ – Visakhapatnam (executive capital) and Kurnool (the seat of). Through your step of reducing the importance. High Court) – but the move was challenged in courts that quashed it.

But a determined Jaganmohan Reddy has revived his plan of three capitals, and his ministers believe he is bent on making Visakhapatnam the executive capital of Andhra Pradesh and Kurnool as the seat of the judiciary. Speaking on a short-term discussion on decentralized development – announcing the three-cap plan on Thursday on the opening day of the monsoon session, Jagmohan Reddy launched a scathing attack against his predecessor, alleging that he was completely was bent on Amaravati due to immovable property reasons. , He called Naidu and his men real estate mafia and alleged that Naidu had a lot of land through benami transactions.

I am not against Amaravati. I want other sectors to develop equally,” Reddy said. The chief minister unveiled plans to develop three capitals – Amaravati, Visakhapatnam and Kurnool – after snatching power from Naidu. Incidentally, Andhra Pradesh lost Hyderabad which evolved into Telangana during the partition. So, the CM also though it is better not to put all the eggs in one basket.

But his earlier plan was challenged in the courts, which rejected it last year. Jaganmohan Reddy had to withdraw the AP Decentralization and Inclusive Development of All Sectors Act, 2020 in November last year. But soon thereafter, he vowed to bring in a “Comprehensive, Complete and Better Decentralization Bill”.

Incidentally, the farming community of Amravati also started a foot march to Amaravati to protest the possibility of revival of the old 3-capital scheme. It is being said that former Chief Minister and Telugu Desam Supremo Chandrababu Naidu is also supporting the farmers’ movement.

(Lakshman Venkata Kuchi is a senior journalist tracking social, economic and political issues and also has a keen interest in sports. He has worked with leading news organizations.)