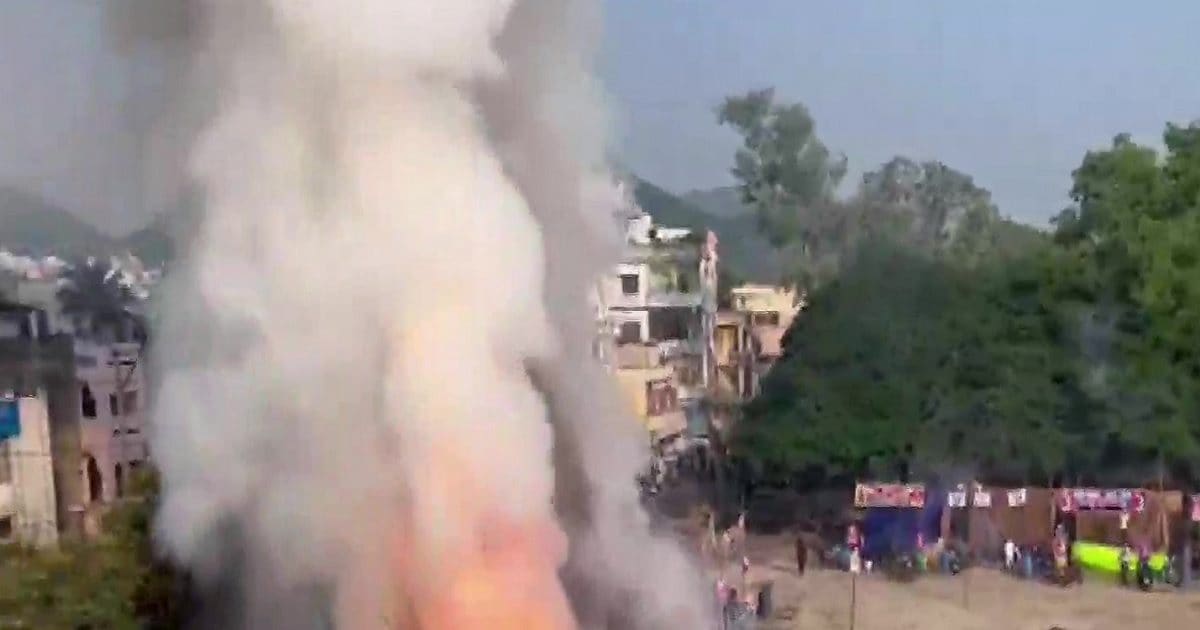 Vijayawada. Fireworks shops get decorated as soon as Diwali festival approaches. There is a tradition of fireworks on the occasion of Diwali. Incidents of separation also come to the fore during this time. One such case has come up in Vijayawada, Andhra Pradesh. A fire broke out suddenly in a firecracker shop in the city. Soon the shop started burning with smoke. Actually, firecracker stalls were set up at the Gymkhana Ground in Gandhi Nagar. One of them caught fire. This incident of fire happened on Sunday morning.

Incidents of fire are reported from different parts of the country during Diwali festival. During this, the fire department is kept on alert. Before Vijayawada in Andhra Pradesh, there was an incident of fire in Chittoor in the state itself. It is said that this incident of fire is from Vadamalpeta in Chittoor district. Soon the fire started spreading rapidly. Due to this, other nearby shops also came under fire. The fire assumed an even more frightening form due to the bursting of firecrackers kept in the shops. The magnitude of the fire can be understood from this that the nearby local people fled from there.

Chittoor: Fire broke out in a firecracker shop, spread to nearby shops, people ran away

That fateful night of 3 decades ago
About 30 years ago in the year 1992, Diwali was celebrated on 25 October. This festival of lights is still imprisoned in the minds of the people of Jharia. The local people shudder to remember that dark night. In fact, about 30 years ago, on the day of Diwali, on October 25, a huge fire broke out in a firecracker shop in Sinduria Patti of Jharia market. More than 2 dozen people died in this accident.

take care
Many children often lose their eyesight on Diwali. Many cases of burn injuries reach PGI every year on Diwali and the next day in critical condition. In such a situation, Chandigarh PGI has issued an advisory. PGI has appealed to the residents of the city to celebrate a safe and eco-sensitive Diwali. At the same time, people have been told what to do to avoid burn injuries. Advance Eye Center will be open 24 hours on Diwali. The Department of Plastic Surgery of PGI is also ready for the treatment of patients with burn injuries to be held on Diwali.