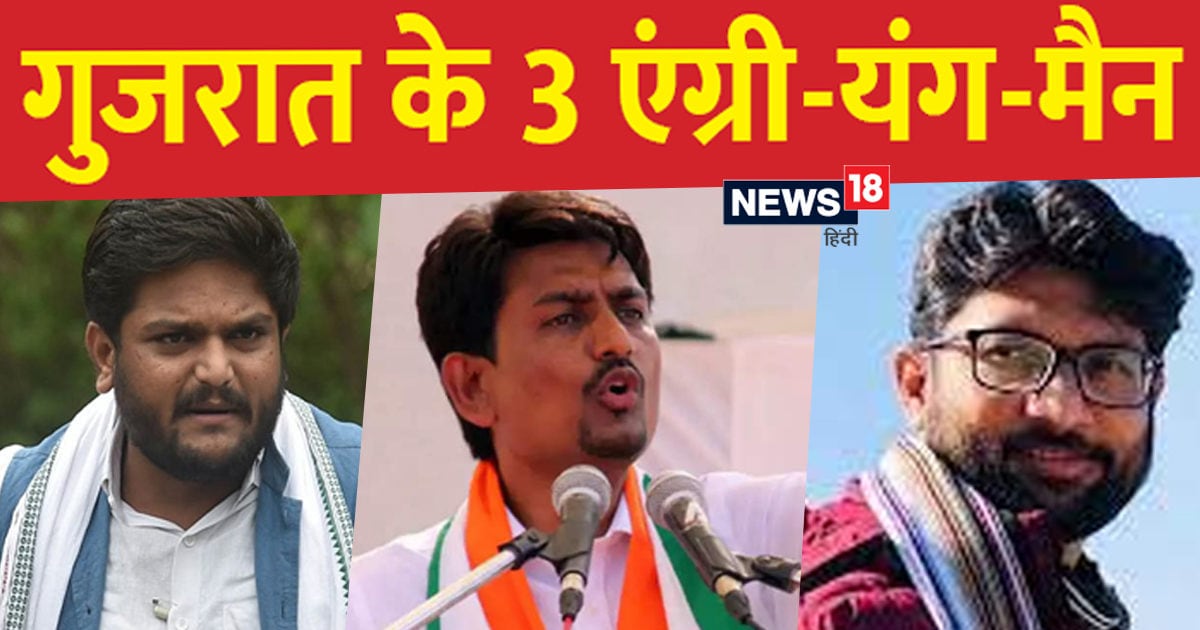 In the year 2017, the three youths had given a tough challenge

Swati Bhan.
Ahmedabad. In the 2017 Gujarat assembly elections, three ‘angry-young men’ i.e. Hardik Patel, Alpesh Thakor and Jignesh Mevani forced BJP and Congress to think. But now all three are walking on a new path. On taking their new path, now the question is arising whether this trio will become a trump card of victory. Because, all three had given a good challenge to the political parties in the last election.

BJP was surprised at the age of 22
Talking about Hardik Patel, it is Hardik who surprised the BJP in 2015 by rallying lakhs of people in Ahmedabad at the age of just 22. He was demanding reservation for Patidars in politics. Seeing his performance at that time, the then Chief Minister Anandiben Patel herself came to him and asked him to end the movement. The effect of his movement was that the BJP was forced to step back in the 2017 assembly elections. Because of Hardik Patel, BJP had to settle for less than 100 seats. This was a big blow for the BJP in Saurashtra. After this, Hardik joined the Congress in 2019 and is now the BJP candidate from Virangam.

Alpesh Thakor gave a blow
Exactly the same story is of Gandhinagar South Assembly Constituency. Like Hardik, Alpesh Thakor is also contesting from here on a BJP ticket. Thakor is a big OBC face in North Gujarat. He formed the Kshatriya Thakor Sena in the year 2011. He came into limelight when he demonstrated to get the people of his society away from alcohol addiction. Like Hardik, his target was also the then BJP government. Due to his agitation, in the year 2017, BJP suffered loss in North Gujarat. He himself contested from Radhanpur assembly constituency on Congress ticket and won. This time he is the OBC face of BJP.

Jignesh Mevani is the big face of Dalits
Dalit leader Jignesh Mevani is the third number in this trio. He also left a good impact on BJP. This time he is contesting from Vadgam on Congress ticket. In the year 2017, he fought as an independent and there was an election. He also campaigned against BJP along with Hardik and Alpesh. He is still against the BJP, but the condition of the Congress in the state is not good. Now it will be interesting to see what steps he takes to attract Dalits.