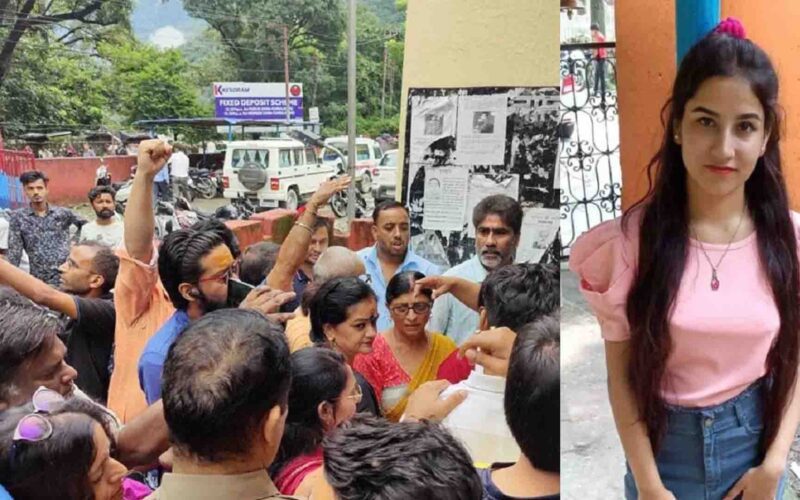 New Delhi: The postmortem report of Ankita Bhandari, whose death sparked widespread protests in Uttarakhand, was “died due to drowning”.

The report said that there were four-five injury marks on the body. The family members have been informed about the incident.

The hotel owner, the son of a BJP leader and two others are accused of killing a minor after he turned down his request for “special services to his guests”. She was initially listed as missing, then on 24 September, authorities discovered her body from a canal.

According to officials, the teenager was last seen in a CCTV video with three men.

Vinod Arya asserts his son’s innocence and denies all the charges leveled against Pulkit Arya.

Angry locals set the resort on fire. Earlier, local officials bulldozed parts of the resort because they believed they were built in violation of the law.

During last night’s violent demonstrations against police for allegedly taking too long to act, the teenage receptionist was devoured. The family has expressed concern over the government’s handling of the issue.

Initially, the family and protesters refused to cremate the remains, questioning the demolition of the resort where she worked. He claimed that it was an attempt to destroy evidence in the case, in which the main accused is the son of a top BJP leader who has since been expelled.