Another accused arrested in Coimbatore blast case, sent to judicial custody for 14 days 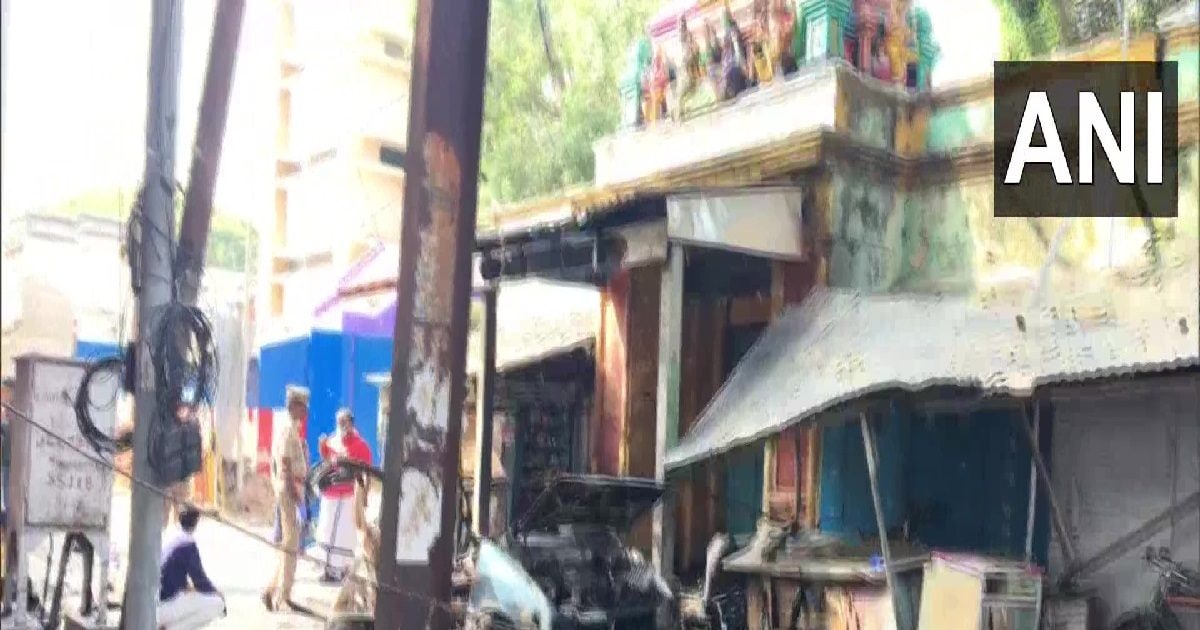 The sixth accused in the Coimbatore blasts case was arrested and presented in the court.

The court has sent the sixth accused officer Khan to judicial custody for 14 days.

Coimbatore. Officer Khan, the sixth accused in the blast case near a temple in Coimbatore, Tamil Nadu, was produced before the Judicial Magistrate (JM 5) Court. The court sent the accused to judicial custody for 14 days. After this, Afsar Khan has been taken to the Central Jail. Giving information, the police said that on Thursday, another accused was arrested by the police in connection with the blast in a car in Coimbatore, Tamil Nadu on the eve of Diwali. With this, so far six people have been arrested in this case.

Police said the arrested officer, Khan, is a local resident and was allegedly instrumental in providing explosive material for the October 23 car blast that was seized from the house of the victim, Jamesha Mubeen. Police said that 28-year-old Khan is a relative of the victim Mubeen and had helped him buy a large quantity of explosives from the e-commerce platform. They said Khan was caught in the police trap after five hours of questioning on suspicion and the seizure of a laptop during a search of his house on Wednesday.

Police said Khan’s laptop was sent for cyber analysis following which he was arrested on Thursday morning. Police had earlier arrested five people under the Unlawful Activities (Prevention) Act or UAPA in connection with the blast and National Investigation Agency (NIA) officials are camping here. Meanwhile, the police have started interrogation of five previously arrested accused, Muhammad Talha, Muhammad Azaruddin, Muhammad Rias, Muhammad Nawaz and Firoz Ismail, whose three-day custody was granted by the police from the court of the fifth judicial magistrate.

Significantly, on October 23, the police seized 75 kg of explosives from the house of 29-year-old Mubeen, who was killed in a gas cylinder blast. The blast took place when he was passing in front of a temple in Tamil Nadu’s Western Textile Industry town in his car and allegedly tried to escape from a police block. (from input language)

Congress is going to give its worst performance in Gujarat, got 33 seats in 1990