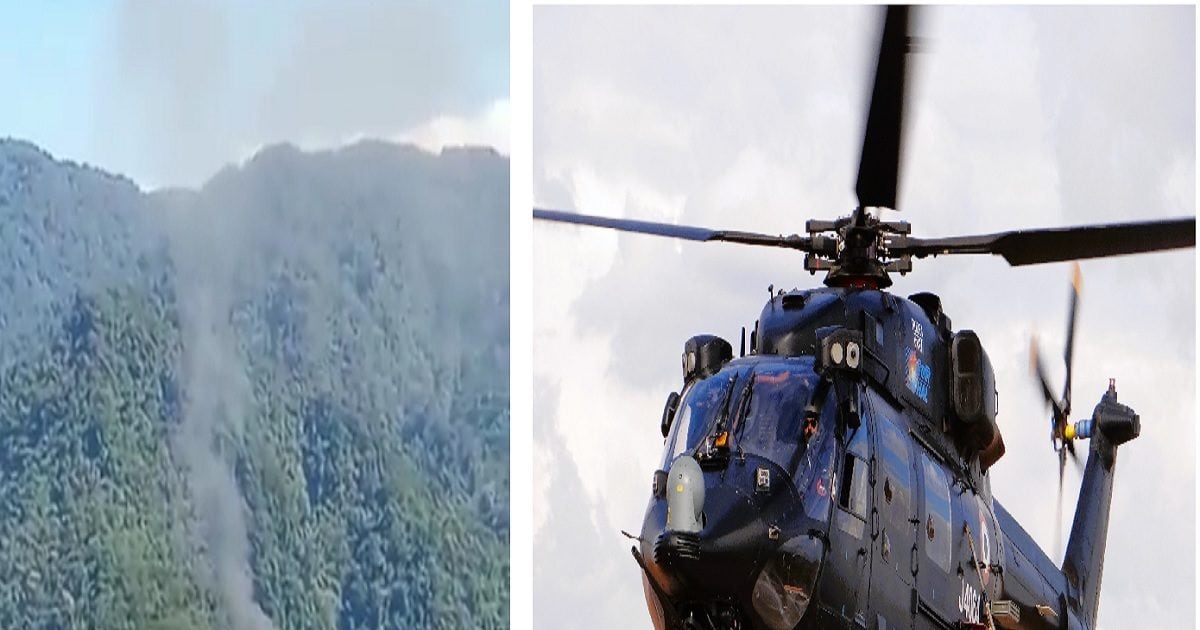 Helicopter was on regular flight, 5 people were on board

Itanagar. An Army helicopter crashed on Friday morning in Miging, Upper Siang district of Arunachal Pradesh. There were 5 people in it. Sources said the Advanced Light Helicopter (ALH) carrying Army personnel was on a routine flight when it crashed at 10.43 am near Singing village, 25 km from Tuting headquarters. According to the Indian Army, three bodies have been seen, out of which two have been recovered.

“Efforts are on to recover the third body,” the army said. The crash site was not connected to the road, and two rescue teams have been dispatched to the location. Here, Upper Siang SP Jummar Basar said that the accident site is a hilly area. It will take time for the rescue team to reach there and find it. Giving information about the helicopter crash, Union Law and Justice Minister Kiren Rijiju in a tweet said that very disturbing news has been received about the crash of Indian Army’s Advanced Light Helicopter in Upper Siang district of Arunachal Pradesh. my deepest prayer.