Bengal-Odisha on high alert due to ‘Sitrang’, know how the storm is, what is the fear? 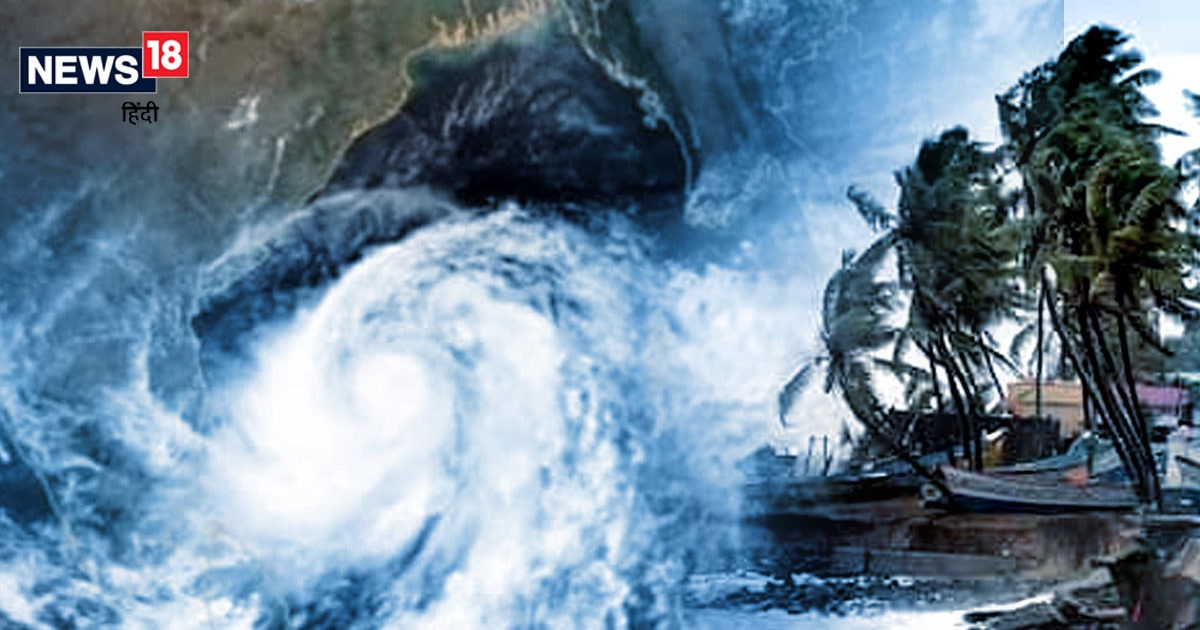 New Delhi. The cyclone formed due to the low pressure area formed in the Bay of Bengal is likely to intensify on October 24. It is feared that it may reach the West Bengal-Bangladesh coasts by October 25. Due to this, heavy rain, strong winds and storms can occur in the surrounding areas crossing the coasts of Odisha. The India Meteorological Department (IMD) has issued a warning and asked people to be alert. According to the prediction made about the first post-monsoon tropical storm, it has been suggested by the name Sitarang Thailand. Earlier, the last cyclone in the Bay of Bengal came in October 2018, which was named Titli.

IMD Director General Mrityunjay Mohapatra said it is very likely to move north-northeastwards and reach West Bengal-Bangladesh coasts by October 25. This storm is expected to further develop into a severe cyclonic storm on October 25. However, Mohapatra clarified that the IMD has not yet made any forecast on the likely landfall, intensity and wind speed of the cyclone. He said the system would pass through Odisha coast at a short distance and there was no possibility of making landfall in the state. However, Odisha will receive heavy to very heavy rainfall at isolated places from October 23.

Many states likely to be affected
The IMD has not yet released any probable track for the cyclone. As per the latest update, the prevailing low pressure system is expected to affect the East Coast of India in the coming 4 days. Its impact will be seen mainly along with neighboring Bangladesh, Andaman and Nicobar Islands, Odisha and West Bengal. The Meteorological Department said that there is a possibility of widespread light to moderate rain in cyclonic storm Gangetic West Bengal, with heavy to very heavy rain at isolated places on Monday and Tuesday.

Heavy rain in West Bengal, fishermen advised not to go to sea
It has predicted heavy rain (7-11 cm) in the coastal districts of East Midnapore, South 24 Parganas and North 24 Parganas on Monday and heavy to very heavy rain (7-20 cm) on Tuesday. The Met Office said wind speed reaching 60-70 kmph gusting to 80 kmph in north Bay of Bengal and 70-80 kmph gusting to 90 kmph in the region on Monday. Fishermen have been advised not to venture into the sea from Sunday till further notice.

Share
Facebook
Twitter
WhatsApp
Linkedin
Email
Telegram
Previous articleAssam: A village in India where only Sanskrit is spoken. Know how this miracle happened in 6 years
Next articleDavid Warner is making up his mind to retire, said – ‘I want to play till 2024 T20 World Cup’