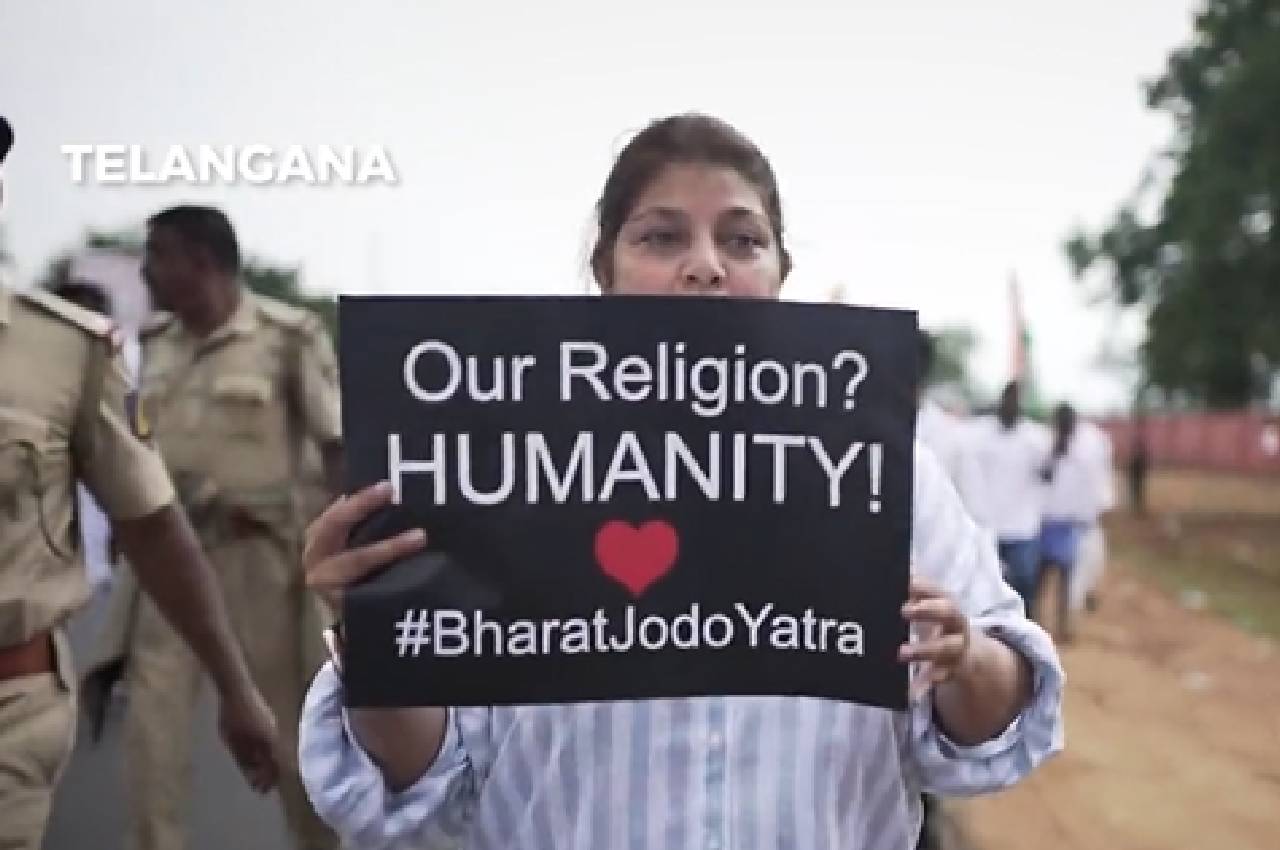 Gandhi said it was “a political action against the BJP and the Rashtriya Swayamsevak Sangh (RSS) who are harming the country by spreading hatred and violence.”

Attacking the saffron party along with its ally RSS, Gandhi said the aim of the mega rally was to stop the “anti-national activities” being carried out by the two.

The Congress leader said that the BJP has a feeling of hatred at the superficial level. However, if you scratch it, you will see fear. He said once the Congress starts “facing the fear” the BJP will fall.

Rahul Gandhi said that the BJP has done ‘institutional capture’. He claimed that it would be overturned by a united opposition and that those involved would have to pay the price.

“There is a cost involved in capturing and destroying the institution of such a country,” he said.

Share
Facebook
Twitter
WhatsApp
Linkedin
Email
Telegram
Previous articleThe lie of Shahrukh Khan’s picture which was close to the truth, seeing the photo, the fans also said, ‘Someone to stop’
Next articleBig disclosure in Morbi accident, only the flooring was changed in the repair of the bridge

Adamant father for dowry, the son gave up, took such a step that the society is lauding! Know the whole matter