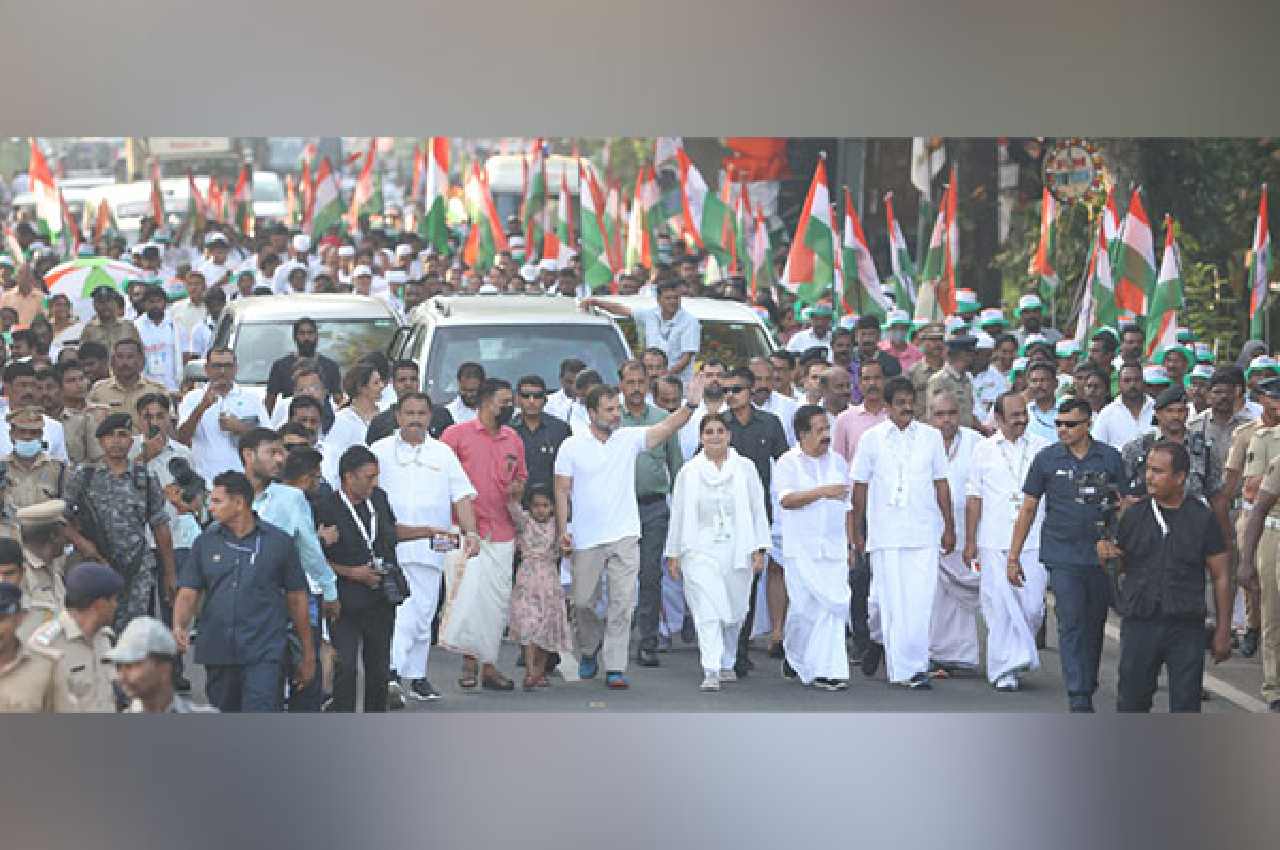 New Delhi: The ‘Bharat Jodi Yatra’ of the Congress entered its eleventh day on Sunday. The Yatra is currently in Kerala and will pass through the state for the next 12 days. Party leaders led by Rahul Gandhi began their march from Alappuzha today. After completing 200 km, Congress leaders resumed the Kerala leg of the yatra from Haripad in Alappuzha district on Sunday morning.

This 3,500 km march from Kanyakumari to Kashmir will be completed in 150 days and will cover 12 states. This journey from Kerala will reach Karnataka on 30 September. It will remain over Karnataka for 21 days before moving northwards. ,‘Padyatra’ Will cover a distance of 25 km per day.

Rahul Gandhi described this journey as a fight against exploitation. Gandhi said in a Twitter post,Fair wages, protection from exploitation, medical benefits, assured pension and social security. this is all and much more india couple travel fighting for.”

this is all and much more #India couple travel fighting for pic.twitter.com/RDoigudmkc

According to the Congress, the ‘Bharat Jodi Yatra’ is being organized to counter the divisive politics of the BJP-led Centre. This is to make people aware of the dangers of economic inequalities, social polarization and political centralization in the country.

Rahul Gandhi said that the spirit of Bharat Jodi Yatra is to bring Indians together irrespective of religion, community and remind them that this is one country and it will be successful only when we stand together and respect each other. , The yatra includes padyatras, rallies and public meetings, which will later be attended by senior Congress leaders including Sonia Gandhi and Priyanka Gandhi Vadra.

‘Ashok Gehlot and Sachin Pilot will be seen together’, claims Rajasthan minister