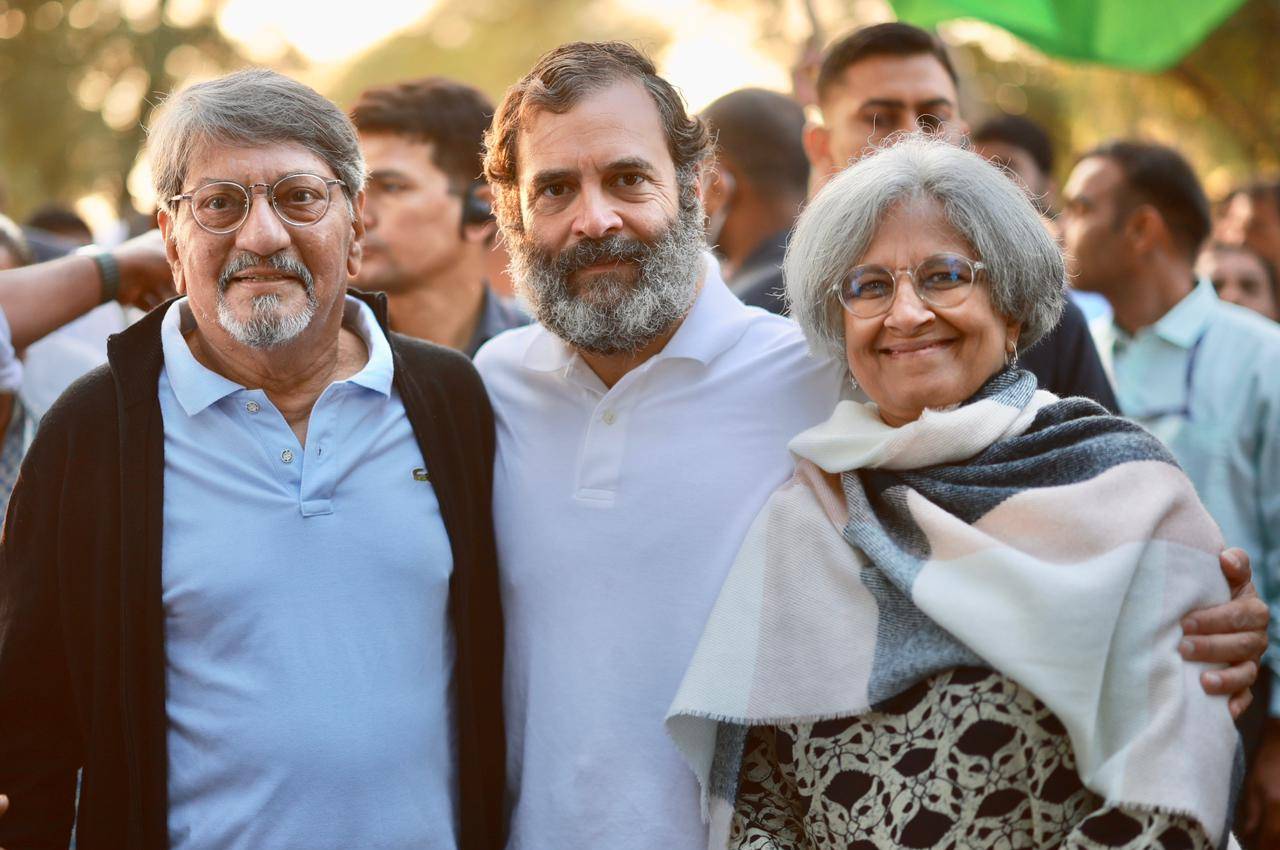 Along with the popular actor, his wife Chitra Palekar, who is a film producer, also joined the Congress march, extending support to the grand-old party.

To understand his responsibility towards the country today famous actor and film director Amol Palekar ji with his wife #IndiaJodoYatra joined in.

Thank you for raising the voice of the country. pic.twitter.com/PrgctA2HkG

The ‘Yatra’ resumed from Maharashtra’s Bhendwal district on Sunday. Gandhi interacted with the local people who joined him during the rally.

During the rally, former president of Rashtriya Vimukt Nomadic and Semi-Nomadic Tribes, Balkrishna Renke also joined and interacted with the Congress leader.

Renke has been working for more than 5 decades for the rehabilitation of nomadic tribes. He emphasized that the tribe is at the bottom of the list of backward classes whose main issue is that they do not get Aadhaar card, which causes them a lot of trouble.

He discussed several policies and proposals with Rahul Gandhi in the hope of finding a solution.

Many tribes of the country are still struggling for their identity, due to which they are not getting the benefits of government facilities and not a helpless life.

Balkrishna ji has been working on the rehabilitation of those slaves since last many years.
Listen, what are his expectations from Congress- #IndiaJodoYatra pic.twitter.com/doSJr0pRdn

‘Bharat Jodo Yatra’ will end its journey in Maratha land on the 74th day and will step into Madhya Pradesh.

Wayanad MP Rahul Gandhi launched the ‘Bharat Jodo Yatra’ on 7 September, aimed at reviving the grand-old party across the country. The foot march that started from Kanyakumari in Tamil Nadu will end in Srinagar in Kashmir.

Share
Facebook
Twitter
WhatsApp
Linkedin
Email
Telegram
Previous articleDoes the taste of dry vegetables deteriorate? Read what is the right way to make them
Next articlePHOTOS: Travel will be pleasant with the security of Travel Insurance, you will get rid of these hassles at low premium – insurance what is travel insurance and its benefit – News18 Hindi