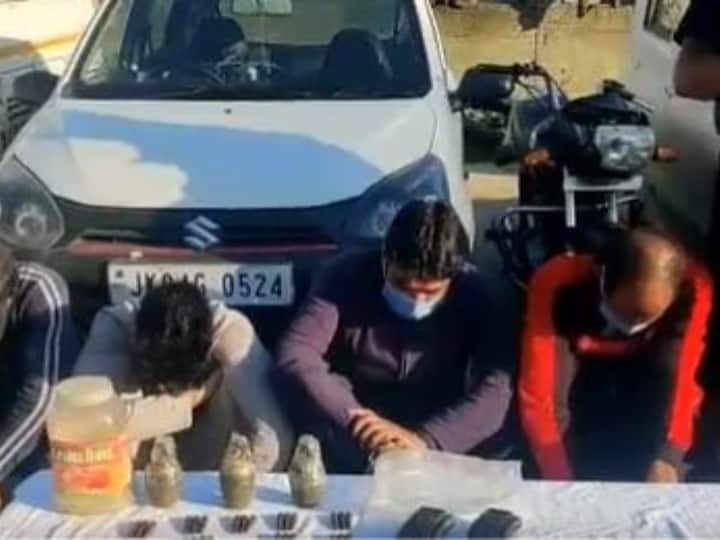 Jammu Kashmir Police: Jammu and Kashmir Police has got a big success on Friday. Police have busted a large drug module of Lashkar-e-Taiba (LeT) in the valley. The police have also arrested four Lashkar terrorists involved in this module of Narcotics.

how many people have been arrested
The arrested people have been identified as Yunus Manzoor Waza, Mehboob Ahmed Sheikh, Irshad Ahmed Ghani and Muzaffar Ahmed Bhat. These four people are residents of Budgam only. Preliminary investigation revealed that the arrested associates used to distribute the proceeds from selling narcotics to active terrorists and operatives of the organisation. Which helped the terrorist activities happening in the valley.

Police said that during the investigation it has been found that this module is working on the instructions of terrorists for collection of narcotics. The police further said that the five seized vehicles have been purchased with the intention of securing the money received from the sale of narcotics.

IAF Recruitment 2022: Recruitment process started in Air Force under Agneepath scheme, so many students have registered so far