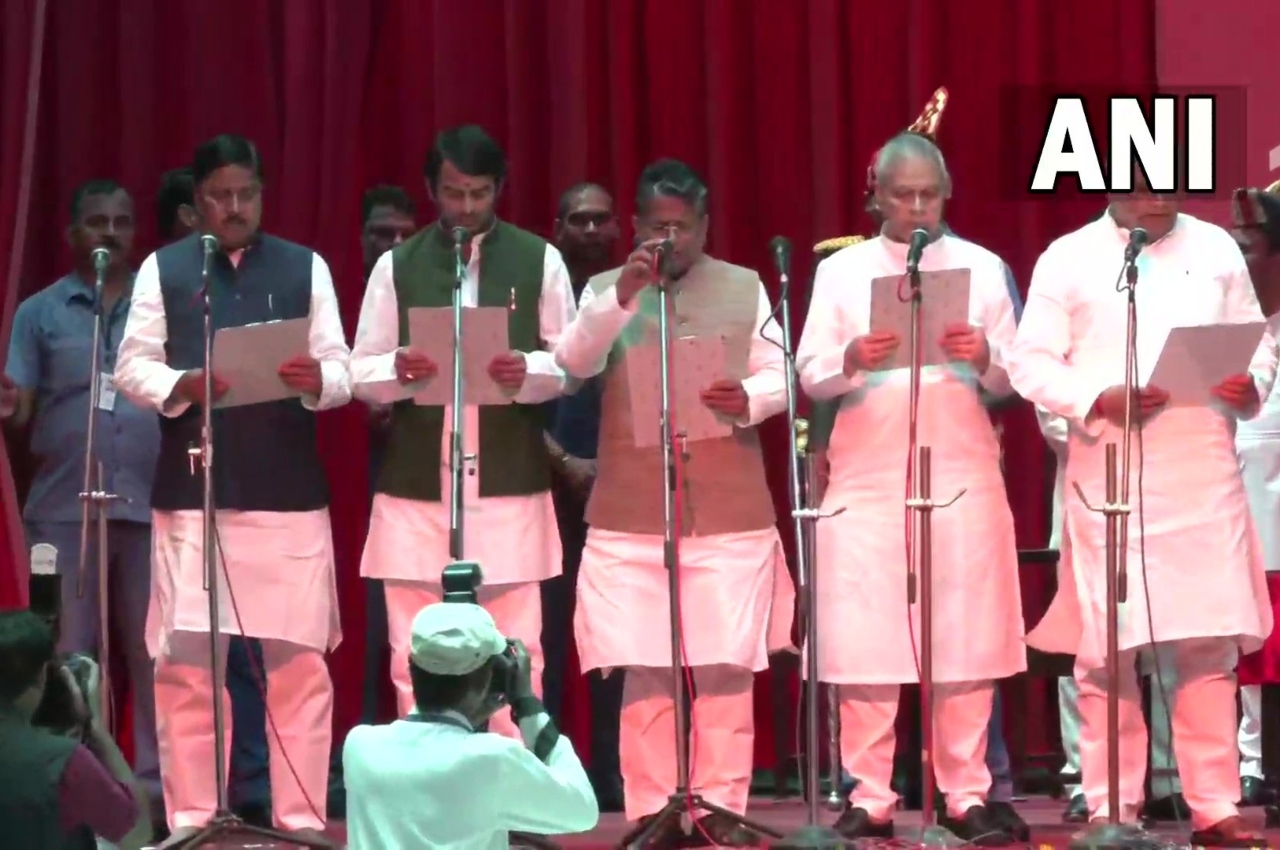 New Delhi: In Bihar, 31 ministers took oath on Tuesday as Nitish Kumar expanded his cabinet, days after taking oath along with his new deputy Tejashwi Yadav. The RJD has 16 members among the newly appointed ministers. Nitish’s JD(U) has 11 ministers in the new cabinet, including two from the Congress. Tej Pratap Yadav, brother of Tejashwi Yadav and elder son of Lalu Yadav also took oath on Tuesday.

Nitish Kumar had snapped ties with the BJP and formed the government with the RJD and other parties earlier this month. The chief minister and his deputy RJD’s Tejashwi Yadav took oath on August 10.

The Janata Dal (United) unanimously decided to break ties with the BJP on 9 August and Nitish Kumar’s party joined hands with the Rashtriya Janata Dal (RJD) in a surprise change of power.
It was in 2020 when the BJP-JD(U) jointly won the assembly elections for Bihar and Nitish Kumar was made the chief minister despite the BJP being the single largest party.

CM Nitish Kumar quit the NDA for the first time in 2013 after Narendra Modi became the alliance’s prime ministerial candidate and then in 2017 left his alliance with the RJD-Congress alliance to go back to the NDA camp. .

The tussle between the two partners comes after Nitish Kumar accused the BJP of trying to divide his party and colluding with the saffron camp of former Union minister and JD(U) leader RCP Singh. What started was a complete split. , Singh, once close to Nitish Kumar, resigned soon after over corruption charges and admitted that joining the BJP was an option.

Share
Facebook
Twitter
WhatsApp
Linkedin
Email
Telegram
Previous articleWomen need more sleep than men, know what is the reason
Next articleWhy did this TV actress get married in a hurry after 4 months of dating, revealed