BJP is happy with the results of the by-election, won 4 out of 7 seats, gave a tough fight in Telangana too – 10 special things 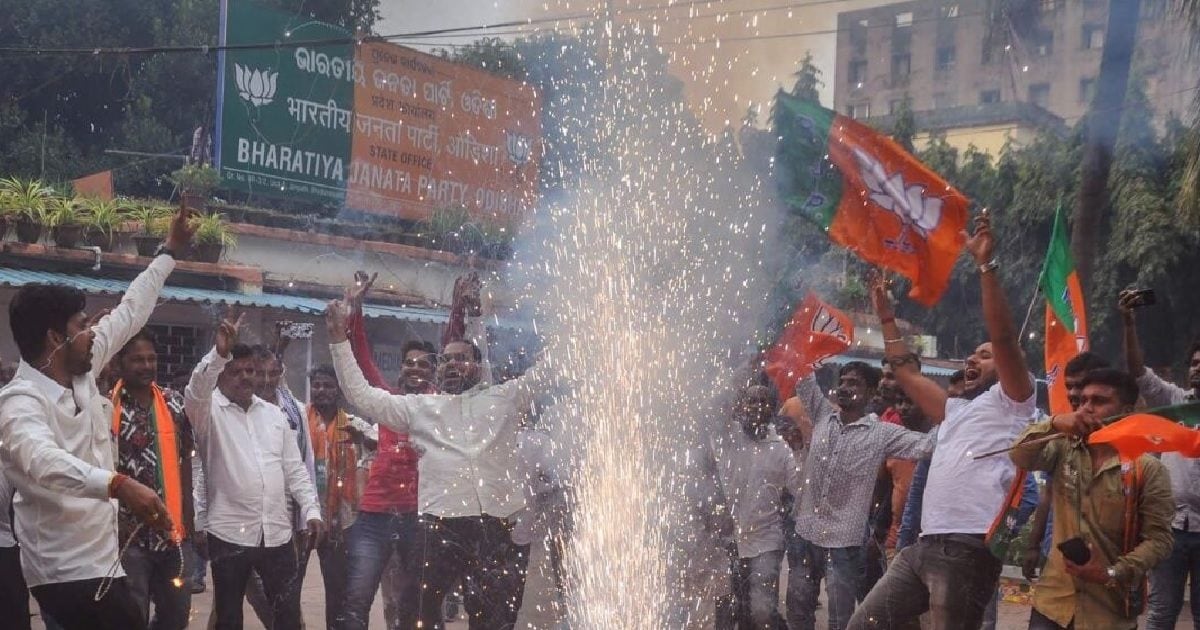 New Delhi. The results of the by-elections held in 7 assembly seats in 6 states came out on Sunday. BJP won most of the seats. On the other hand, in some seats, the BJP candidate got a crushing defeat. In Haryana and Uttar Pradesh, the candidates of the ruling BJP had taken the lead as soon as the initial trends came. Telangana saw a close contest between the ruling Telangana Rashtra Samithi (TRS) and the rival BJP, but eventually, KCR’s party won the seat.

In Bihar, the RJD managed to retain the Mokama seat, while the BJP’s Kusum Devi won in Gopalganj. It was the first election in Maharashtra since the change of power, in which the Uddhav Thackeray faction won. However, however, the BJP withdrew the name of its candidate from this seat. Let us know 10 big things related to this by-election….

In Odisha, the opposition Bharatiya Janata Party (BJP) defeated the ruling Biju Janata Dal (BJD) candidate by a margin of 9,881 in the by-election to the Dhamnagar Assembly seat on Sunday. The Dhamnagar seat fell vacant on September 19 due to the death of BJP MLA Bishnu Charan Sethi.

KCR’s Kusukuntala Prabhakar Reddy defeated BJP’s Rajagopal Reddy in the by-election to Munugode assembly seat in Telangana. Accepting his defeat, the BJP candidate has termed the TRS victory as irreligious.

The BJP has reclaimed the Gola Gokarnath assembly seat in Uttar Pradesh with its candidate Aman Giri defeating his nearest rival and Samajwadi Party (SP) candidate by over 34,000 votes. The seat fell vacant due to the death of BJP MLA Arvind Giri on September 6.

The BJP has also won the Adampur assembly seat in Haryana. Party’s candidate Bhavya Bishnoi defeated his nearest Congress rival Jai Prakash by a margin of nearly 16,000 votes. With this victory, the family of former Chief Minister Bhajan Lal has retained its hold in this assembly constituency. Bhavya is the grandson of Bhajan Lal.

The Bhajanlal family has occupied the Adampur seat since 1968. From Adampur seat, late former Chief Minister Bhajan Lal has been MLA nine times and his wife Jasma Devi once and his son Kuldeep four times. A by-election was necessitated in the Adampur seat due to the resignation of Bhajan Lal’s younger son Kuldeep Bishnoi from the Congress and joining the BJP.

In Bihar, RJD candidate Neelam Devi won the Mokama seat by a margin of over 16,000 votes. The by-election had to be held after her husband and Mokama MLA Anant Kumar Singh was disqualified.

The BJP retained its hold on the Gopalganj assembly seat in Bihar by winning the by-election. Due to the death of MLA Subhash Singh, it became necessary to hold a by-election on this seat. Singh’s wife and BJP candidate Kusum Devi got 70,032 votes, while RJD’s Mohan Gupta got 68,243 votes.

Shiv Sena’s candidate Rituja Latke has won the Andheri East by-election this time. There, NOTA got the second highest number of votes. There was no candidate of any major party against Rituja Latte. The BJP had withdrawn the name of its candidate. Let us tell you that this was the first election after the change of power in Maharashtra.

By-elections were held on these seven assembly seats on November 3. Of which three were already occupied by the BJP. While there was a Congress MLA on 2 seats. On the other hand, Shiv Sena and RJD had 1 seat each.

Let us inform that on November 3, the highest voting was held in Adampur assembly seat of Haryana. At the same time, 31.74 percent voting was the lowest for Andheri East seat of Maharashtra. (from input language)