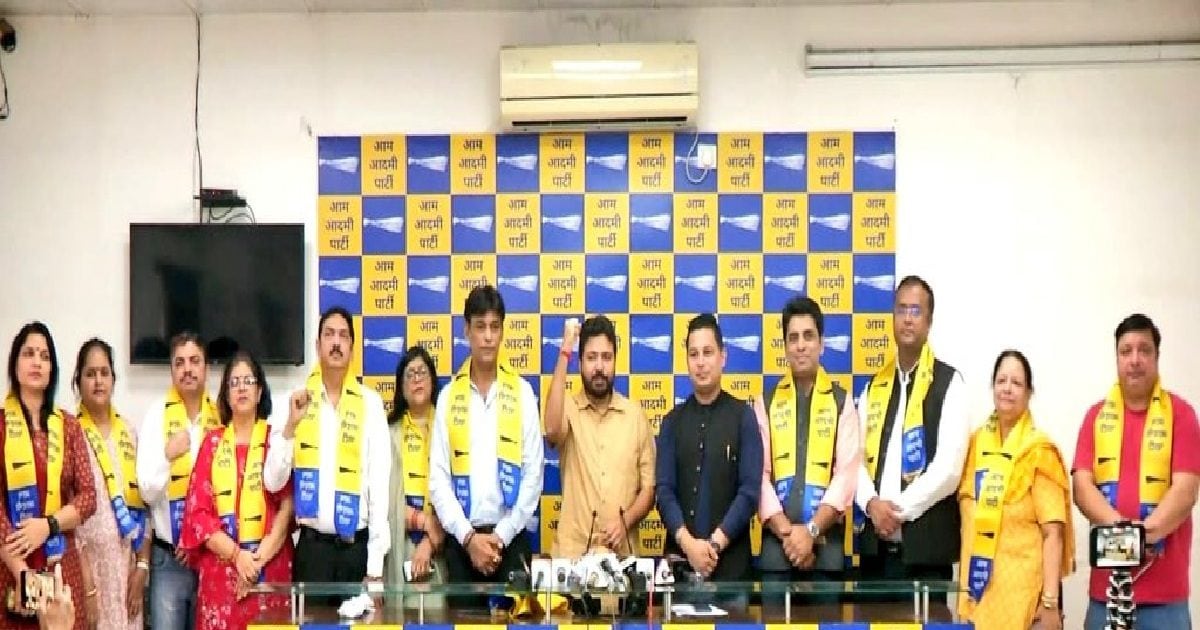 Elections will be held on December 4 in a total of 250 wards in the Municipal Corporation of Delhi.

The counting of votes for the MCD elections will be done on December 7.

New Delhi. Several local leaders of the Bharatiya Janata Party (BJP) on Monday joined the Aam Aadmi Party (AAP) here ahead of the Municipal Corporation of Delhi (MCD) elections. Senior Aam Aadmi Party (AAP) leader Durgesh Pathak said, “11 BJP leaders from ward number-53 of Rohini joined AAP today as their hard work was never appreciated in BJP.” Durgesh Pathak said, “He has been working hard for the last 15 years but every time he raised an issue related to waste management in the area, the authorities ignored him.”

BJP leaders who have joined the Aam Aadmi Party include former ward vice-president Pooja Arora and former Mahila Morcha vice-presidents Chitra Lamba and Bhavna Jain. The AAP leader said, “This team of leaders and workers is continuously working in Rohini area and I am happy that they have decided to join AAP.” He said, ‘Every worker wants to get a ticket and work for the development of Delhi, but unfortunately we are able to give a chance to only 250 of them.’

Share
Facebook
Twitter
WhatsApp
Linkedin
Email
Telegram
Previous articleShaheen Afridi Injury: Shaheen Afridi’s injury is going to give a lot of pain to Pakistan, will be out of these big series!
Next articleIn terms of glamor and look, even the big heroines compete with the simple Anupama of TV, seeing the latest photos, the fans said – very beautiful