BJP used power to break the myth of Himachal elections, but rebel leaders are becoming a hindrance 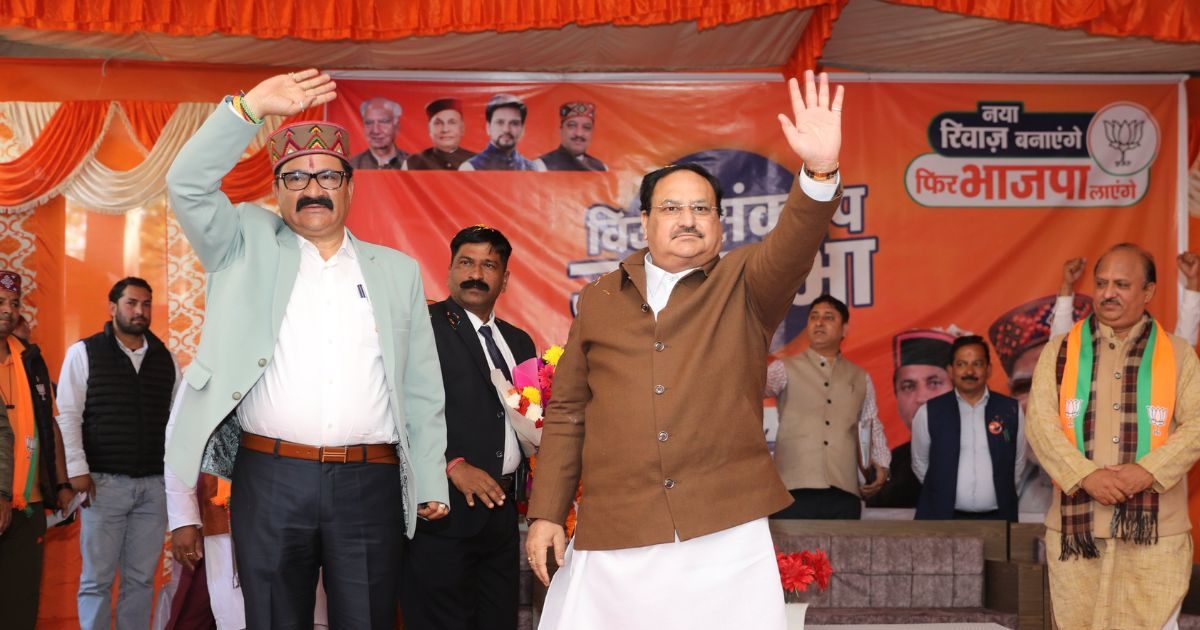 Election was interesting, rebel leaders are becoming the biggest obstacle

New Delhi. The election board has been laid in Himachal Pradesh. Since 1990, no government has been repeated in Himachal, so the BJP’s double engine government has given full force to break this myth, but the biggest obstacle in this is seen to be rebel leaders of BJP. Huh. The BJP leadership will soon show these rebel leaders the way out of the party. The election of 68 seats of the fourteenth assembly of Himachal Pradesh seems to be quite interesting, where BJP is claiming to hoist saffron again on the basis of the development of double engine government, while its rebel leaders are also working to increase the headache for it. are. That is why BJP President JP Nadda himself has camped in Himachal.

BJP President Nadda is on a Himachal tour since 22 October. Nadda also celebrated Deepawali in Himachal itself. After the announcement of the tickets, about two dozen rebel BJP leaders have put their pace in the elections. In 21 assembly seats including Rohru, Kinnaur, Dehra, Chamba, Mandi, Nalagarh, Bilaspur, rebel leaders have given their voice. Of these, MLA Hoshiar Singh from Dehra, Hiteshwar Singh from Banjar, Indira Kapoor from Chamba, KL Thakur from Nalagarh, Abhishek Thakur from Sunder Nagar, Subhash Sharma from Bilaspur, Praveen Sharma from Mandi, Ram Singh from Kullu, Tejwant Negi from Kinnaur. Those who are seen as a rebel candidate are becoming trouble for BJP.

21 rebel leaders still in the field, preparing for strict action
Although after the intervention of JP Nadda, BJP was successful in convincing the rebel leaders of Kullu, Rampur and Dharamsala seats, but despite this, about 21 rebel leaders are still in the fray. According to sources, BJP is going to take strict action against all these rebel leaders. The party will show the way out to all the rebels who contest the elections against the instructions of the party and will be expelled from the party for 6 years. BJP’s emphasis is to break the myth that no government repeats itself in Himachal. BJP’s strategy is to bring the BJP government in Himachal once again under the leadership of Jai Ram Thakur, keeping the image of Prime Minister Modi in front.

Share
Facebook
Twitter
WhatsApp
Linkedin
Email
Telegram
Previous articleHuma Qureshi and film writer Mudassar Aziz broke up before the release of ‘Double XL’?
Next articleTecno Phantom X is getting 7,000 cheaper, this trick has to be adopted before payment