Bulldozer on illegal construction in Bangalore after waterlogging, many illegal buildings demolished 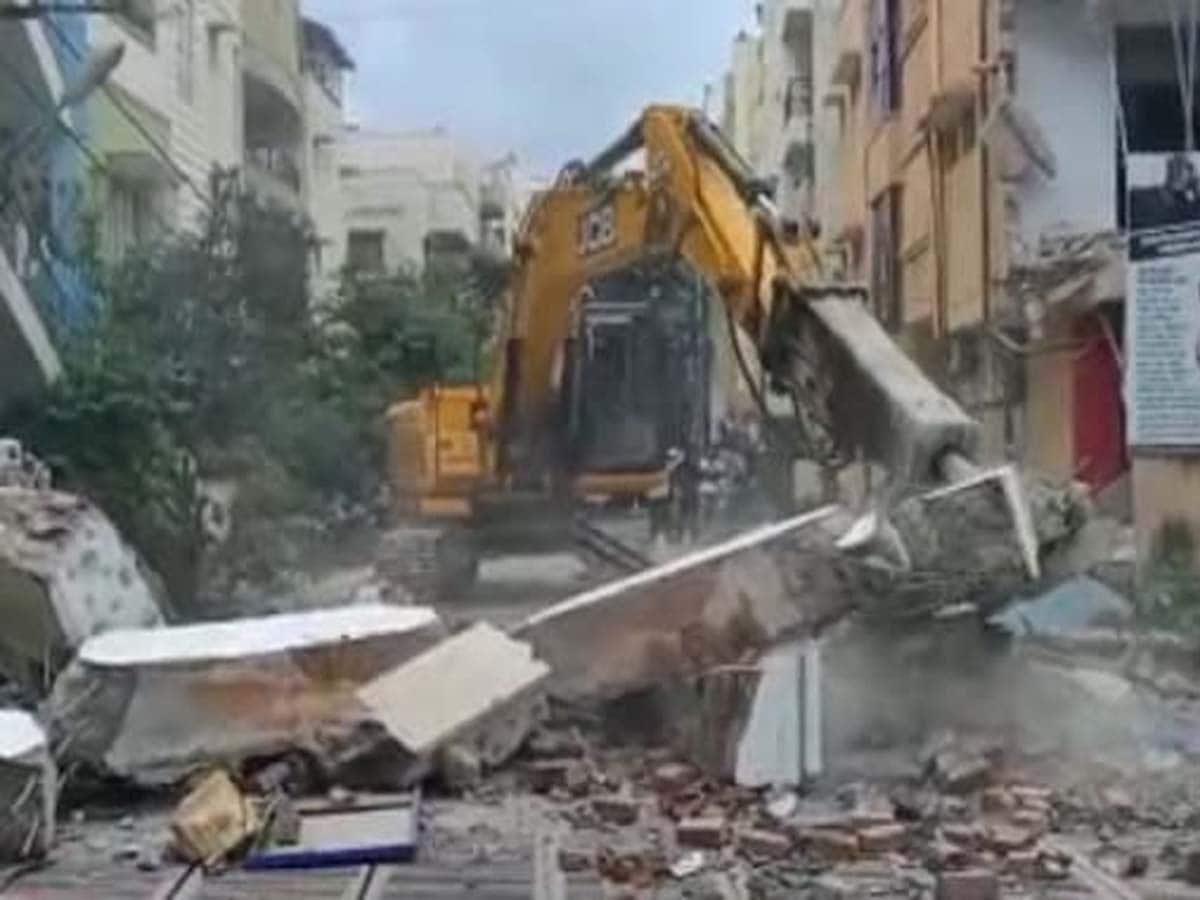 During this operation, the team that reached the construction demolition started work on the layout, in which parts of the Ragam Mega Store built on the water channel were cleaned. BBMP chief engineer Basavaraj Kabade said twenty buildings have encroached near the spice garden and five buildings are on the storm water drain at Chinnapanhalli. On this the revenue department will issue a notice and they will be given time to vacate the buildings. Along with this, after seven days we will demolish those buildings and construct drainage.

Middle class within the scope of demolition action, questions started to arise
Now questions have also started arising regarding this action. Even as the BBMP launched the demolition drive, questions are being raised whether it is targeting the construction of the common man while sparing the large tech parks owned by the powerful?

no action on IT park
A BBMP demolition squad reached Bagmane Tech Park in the morning and even identified and marked 2.4 m stormwater encroachment by IT Park. The officers along with the police reached the spot, but mysteriously they left the tech park after a few hours without demolishing any structure.