Bypolls: Campaigning for by-elections in 7 assembly seats of 6 states ends: The prestige of political parties is at stake, know who is heavy? 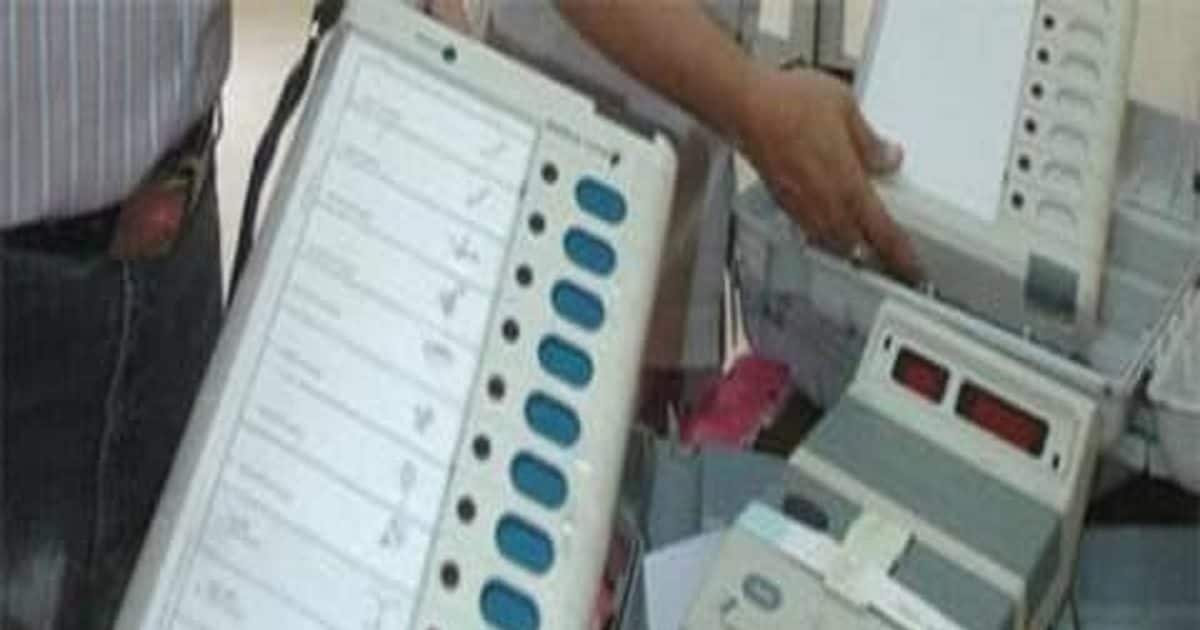 Fierce in Mokama, Gopalganj in Bihar, Adampur in Haryana, Manugoda in Telangana, Gola Gokarnath in UP, Dhamnagar in Odisha

Most interesting political battle in Haryana and Bihar by-elections

Patna/Lucknow/Hyderabad. The vigorous campaigning for the by-elections to seven assembly seats in six states ended on Tuesday evening. These seats will go to polls on November 3, the results of which have symbolic significance for most political parties. In Mokama and Gopalganj in Bihar, Adampur in Haryana, Manugoda in Telangana, Gola Gokarnath in Uttar Pradesh and Dhamnagar in Odisha, chief ministers and other senior leaders of the respective states appealed to the voters for their support.

The Bharatiya Janata Party’s BJP after the Uddhav Thackeray-led Shiv Sena faction in Maharashtra’s Andheri ‘East’ fielded the wife of its late MLA Ramesh Latke from the constituency; has pulled out of the race. Rituja Latte is expected to get an easy victory in the elections. This is the first election after the recent split in the Shiv Sena after the Eknath Shinde rebellion. Shinde is now the Chief Minister of Maharashtra in place of Thackeray. The counting of votes will take place on November 6.

The Mokama and Gopalganj bypolls will be the first in Bihar to be contested after Nitish Kumar-led Janata Dal United JD(U) broke ties with the BJP and joined hands with the Rashtriya Janata Dal (RJD) in August this year. Chief Minister Nitish Kumar urged the voters of Mokama to support the RJD candidate and Neelam Devi, wife of his former leader Ananth Kumar Singh. Singh’s disqualification as an MLA necessitated a by-election here. Due to injury, Kumar stayed away from campaigning and appealed to the people for support through a video message. Deputy Chief Minister and RJD leader Tejashwi Yadav, however, took the lead in campaigning and held several rallies. Ananth Kumar Singh was disqualified after his conviction earlier this year in connection with the recovery of arms and explosives from his house. The BJP has fielded budding leader Sonam Devi, who is the wife of local bahubali and Anant Singh’s rival Lalan Singh, from this seat.

BJP gave ticket to wife of late MLA Subhash Singh in Gopalganj
In Gopalganj, BJP has fielded Kusum Devi, wife of late MLA Subhash Singh. The RJD has fielded Mohan Gupta while Lalu Yadav’s brother-in-law Sadhu Yadav’s wife Indira Yadav is contesting as a Bahujan Samaj Party ‘BSP’ candidate. BJP’s election campaign was run by its leaders and later Chirag Paswan campaigned in support of its candidates who have now parted ways from the alliance.

Competition in BJP SP on Gola Gokarnath seat
Uttar Pradesh’s Gola Gokarnath seat fell vacant after the death of BJP MLA Arvind Giri on September 6. BSP and Congress have kept distance in the by-election, due to which a direct contest is going to be between BJP and Samajwadi Party ‘SP’. The BJP has fielded Arvind Giri’s son Aman Giri, while the SP candidate is former MLA Vinay Tiwari. The BJP is hoping to get sympathy votes, though it has not taken the contest lightly and has roped in 40 star campaigners, including all prominent cabinet ministers and party functionaries from Uttar Pradesh. On the last day of campaigning on Monday, Uttar Pradesh Chief Minister Yogi Adityanath promised payment of sugarcane arrears and establishment of a small Kashi corridor and medical college on the lines of Kashi Vishwanath.

Most interesting political battle in Haryana by-election
Haryana Chief Minister Manohar Lal Khattar actively campaigned for the Adampur assembly by-election in Hisar district of the state. Where 22 candidates including the grandson of former Chief Minister Bhajan Lal are in the fray. The election was necessitated due to the resignation of Kuldeep Bishnoi, the younger son of former Chief Minister Bhajan Lal, from this seat as MLA. In August, Bishnoi left the Congress and joined the BJP. Bishnoi’s son Bhavya is the BJP candidate in this by-election. BJP, Congress, Indian National Lok Dal ‘INLD’ and Aam Aadmi Party ‘AAP’ are the major parties in this by-election. Haryana Deputy Chief Minister Dushyant Chautala also campaigned for Bhavya, leaving behind the political rivalry between the Bhajanlal and Devilal families. JJP leader Chautala Chaudhary is the great-grandson of Devi Lal.

BJD-BJP fight in Odisha
Odisha Chief Minister Naveen Patnaik on Monday addressed voters in Dhamnagar through digital medium and promised that the work of five years would be completed in 18 months. Patnaik is also the president of Biju Janata Dal ‘BJD’. He appealed to the people to elect the BJD candidate and the only woman candidate from this seat and said that ‘mothers work more efficiently’. The BJD has fielded Abanti Das, the lone woman candidate out of the total five candidates. Due to the death of BJP MLA Vishnu Charan Sethi, it was necessary to hold the by-election. The BJP has fielded Sethi’s son Suryavanshi Suraj from this seat.

Allegations between TRS and BJP in Telangana
The Election Commission has asked the Chief Electoral Officer of the state to keep a “closer watch” through “various enforcement agencies” amid allegations of attempts to woo voters in Telangana’s Manugoda assembly constituency bypoll.Telangana Rashtra Samithi ‘TRS’ ‘ has alleged that BJP candidate K Rajagopal Reddy transferred Rs 5-24 crore from the account of a company owned by his family to 23 people and institutions within the constituency. However, Reddy later denied the allegation.

The Election Commission on Saturday barred Telangana Energy Minister Guntakandala Jagadeesh Reddy from campaigning for 48 hours on charges of violating the model code of conduct after he allegedly stopped welfare schemes for not voting for the ruling TRS candidate. had threatened. 47 candidates are in the fray in the by-election.

BJP’s return in Gujarat, blow to Congress-AAP, know who will get how many seats in exit polls?