Chhath Puja Ranchi: Due to the dirty water of Bada Talab, the tension of Chhath Vratis increased, said – Chhath Mayya will cross the fleet 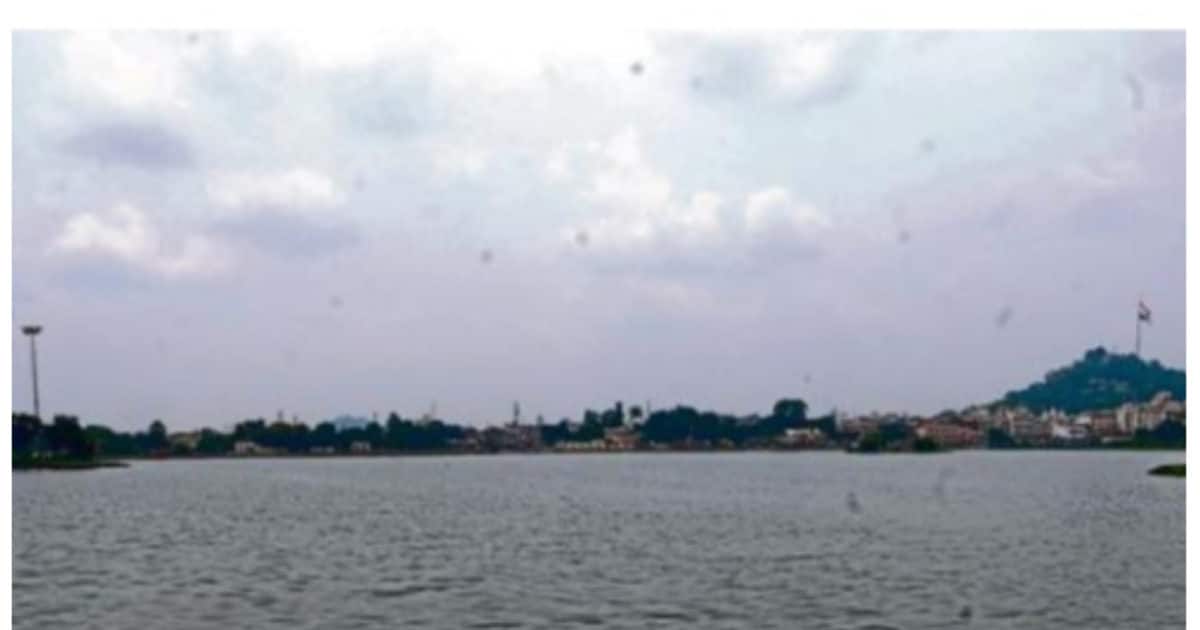 Ranchi. There is a tradition of offering Arghya in a river or pond on Chhath. On the day of Arghya, devotees go to the ghat with a dura. During this, soups and dumplings are decorated along the ghat. The devotees worship the Sun God by getting into the water. During this, they have to stand in water for about 2 hours. In such a situation, due to contamination of the water of the river or pond, there is a risk of infection to the fast.

Talking about the city of Ranchi, Chhath is being celebrated here at about 60 ghats, but the water of the big pond situated in the heart of the city is very polluted. In this, along with the water of the sewer of the houses, industrial waste is poured. In the year 2014, the Jharkhand Pollution Control Board had described the water of this pond as dangerous. After that, in June 2020, the Ranchi High Court had also expressed concern over this. Even after this, the condition of the pond remains the same. Even today the population around the pond is forced to offer Arghya in this water.

Vratis are forced to immerse themselves in dirty water
Shobha Devi, Putul Devi and Seema Sharma, Chhath Vratis of Hindpi locality located next to Bada Talab, told that they perform Chhath in this pond due to their proximity to the house. The rest of the ponds are far from here and there is already a lot of crowd there. He said that the water of Bada Talab is very dirty. Many devotees fall ill after Chhath. Itching starts in the body of some, while the problem increases due to dirty water in the eyes, mouth, ears and nose of some. Although the sixth Mayya crosses everyone’s fleet.

The ghats will be cleaned soon – Mayor
On talking in this regard, Ranchi Mayor Asha Lakra said that the Municipal Corporation is busy cleaning the ghats from its level. By the time the festival approaches, the cleaning of all the Chhath Ghats including the Bada Talab will be completed. His team is continuously inspecting the ponds and getting them cleaned.

The doctor gave this advice
Doctor Anuj Kumar of Health Point Hospital, Ranchi, told that there is a risk of skin infection due to immersion in the dirty water of the river or pond or standing for a long time. If water gets into the eyes, mouth, nose or ears, the problem may increase. In such a situation, there is a risk of many types of infection. If the water of the ghat is very dirty during Chhath, then you should come home and take a bath with clean water immediately. Still, if there is any problem then contact the concerned doctor.