Child’s height decreases due to consumption of caffeine in pregnancy, big disclosure in the study 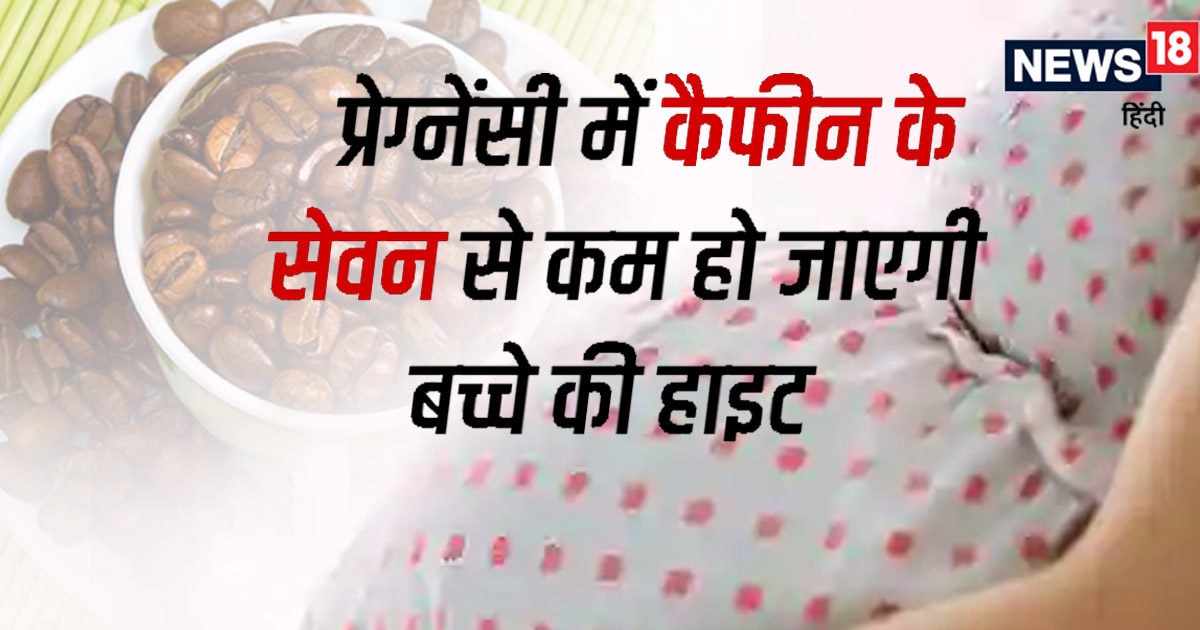 It has been told in new research that caffeine affects the development of the child in the womb.

It has also been revealed in many studies that it is safe to drink 2 cups of coffee every day during pregnancy.

Caffeine During Pregnancy Affect Child’s Height: During pregnancy, women need to be very careful about eating and drinking. During this, the effect of diet is not only on their health, but also on the development of the baby in the womb. Doctors recommend taking a healthy diet during pregnancy. Some women are fond of drinking coffee and eating chocolate, which they continue even during pregnancy. Doing so can prove to be harmful for the unborn child. This has been revealed in a recent study. It has been found that consuming things rich in caffeine reduces the height of the child of pregnant women.

Medical News Today report According to, a new study has revealed that consuming caffeine during pregnancy has a great impact on the development of the child and its height is reduced by about 1 inch. This study has been published in JAMA. The height of the children of the women involved in this study who had consumed caffeine during pregnancy was recorded to be about 1 inch less than that of other women. Apart from this, a lot of its effect was seen on the development of children. Pregnant women also experienced mild headache, nausea and trouble sleeping due to caffeine.

Also read: How effective are air purifiers in protecting from air pollution? learn from expert

Researchers differ on the use of caffeine

There is a difference of opinion among researchers about whether or not to consume caffeinated things during pregnancy. Some research has claimed that consuming caffeine during pregnancy is beneficial, while some research has described it as harmful. According to the American College of Obstetricians and Gynecologists, it is considered safe to consume less than 200 mg of coffee per day during pregnancy. It also depends on the health condition of each woman. In such a situation, a doctor should be consulted before consuming caffeine.

Many people do not even know what caffeine is in and they inadvertently consume caffeine. healthline report According to, there is a lot of caffeine in coffee. A cup of coffee contains about 100 mg of caffeine. Apart from this, cocoa beans, chocolate, kola nut, green tea and energy drinks are rich in caffeine. If you are fond of drinking coffee, then drinking more than 2 times of coffee during pregnancy can be harmful.

Share
Facebook
Twitter
WhatsApp
Linkedin
Email
Telegram
Previous articleSunday Ka Rashifal: Today will be able to successfully do new work, beneficial day for employed people, read today’s horoscope
Next articleWasim Akram had saved England’s sixes in the World Cup final by eating the remaining biryani, will such a miracle happen this time too?