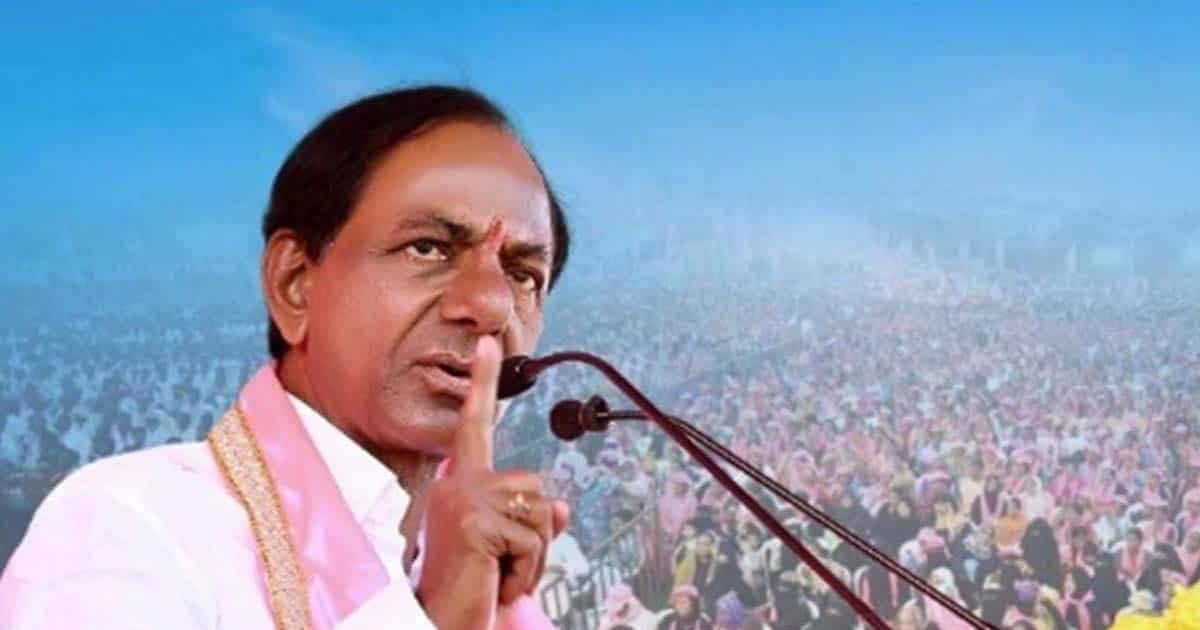 Hyderabad: Telangana Chief Minister K. Chandrashekhar Rao on Saturday announced that the government will increase the reservation for scheduled tribes in education and employment to 10 per cent from the current 6 per cent from next week. He also announced that the government would soon implement the Girijan Bandhu scheme for the families of the landless ST community, under which, after giving ownership rights on Podu land (agricultural land in the forest area) to eligible tribals, each at par with the Dalit brothers. 10 lakh rupees will be given to the tribal family. “We have formed coordination committees in all the districts to resolve the issues of Podu land,” Rao said. All eligible families will get ownership rights on Podu land. I have asked the Chief Secretary to give a list of landless tribals, who will be included in the Girijan Bandhu scheme.

In the ‘Telangana Adivasi-Banjara Atmiya Sabha’ organized at NTR Stadium, Chief Minister K. Chandrashekhar Rao said, I have waited for a long time. I can not wait any longer. That’s why I have decided to implement 10 percent quota for ST community. A government order in this regard will be issued next week. Chief Minister Rao said, “I am fed up with repeated requests to Prime Minister Narendra Modi to approve 10 per cent reservation for the Scheduled Tribes community for more than 5 years. Can’t wait any longer for the Centre’s approval. A government order will be issued on the increased reservation, whether we have the approval of the Center or not. Rao asked PM Modi to decide whether he would help him in implementing this GO (Government Order) or create new trouble for himself by blocking it. The Telangana Legislative Assembly had passed the Backward Classes, Scheduled Castes, Scheduled Tribes (Reservation for Seats in Educational Institutions and Appointments or Posts in State Services) Bill, 2017, increasing the reservation for the ST community under the BC-E category from 6 to 10 percent and 4 to 12 percent for Muslims.

Supreme Court order will be violated if KCR’s announcement is implemented
The bill was sent to the Center for approval, where it is pending. Incidentally, this bill violates the upper limit of 50 per cent set by the Supreme Court on reservation. If Chief Minister K. According to the announcement of Chandrashekhar Rao, if the Telangana government implements 10 percent quota for the ST community from next week by issuing a government order, then the total reservation will be 54 percent. At the same time, if the central government approves the increased reservation quota for STs and Muslims passed in the Telangana Assembly, then it will become 62 percent. The total reservation for backward castes, scheduled caste and tribe communities in Telangana is currently 50 per cent as per the Supreme Court limit. Addressing the public meeting, Chief Minister Rao asked, Tamil Nadu is implementing 69 percent reservation. The Center has exempted Tamil Nadu by including it under the Ninth Schedule of the Constitution, to ensure that the matter is not challenged in any court. Why can’t the Center give this exemption to Telangana also? Who is stopping the Prime Minister and Union Home Minister Amit Shah from increasing the quota of reservation for Scheduled Tribes in Telangana in the last 5 years?’

He claimed that if the Center approves the TS Reservation Bill, it will easily get the assent of the President. Because President Draupadi Murmu herself belongs to the ST category and she will not hesitate to give her assent to this bill. Rao said that there is no provision in the Constitution to prohibit reservation on the basis of population ratio. Of. Chandrashekhar Rao said that in undivided Andhra Pradesh, STs were given six per cent reservation in proportion to their population. After partition, the ST population in Telangana increased to 10 per cent. Telangana has fulfilled all the necessary conditions to increase the quota for STs by 10 percent in proportion to their population. The Chief Minister said that he has personally met Prime Minister Modi several times on this issue and has written several letters to him seeking the approval of the Center to increase the quota for the ST community. He promised to implement Girijan Bandhu Rs 10 lakh per family for landless tribals after resolving the pending Podu land issues.

Final round countdown begins, voting will be held on 93 seats, fate of many VIPs at stake