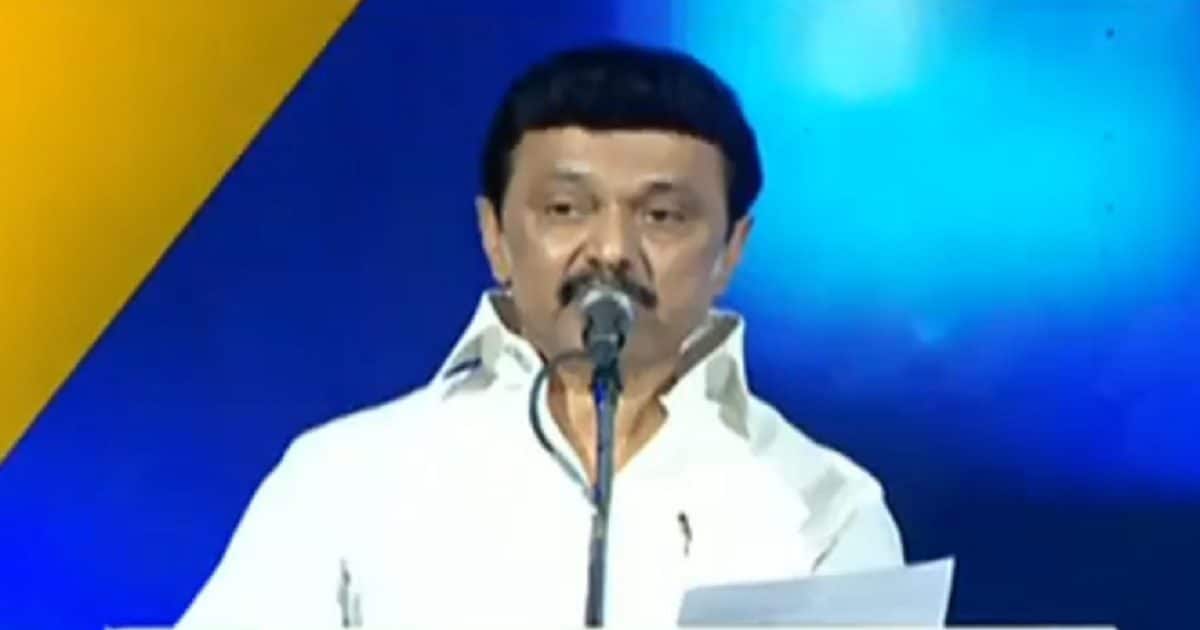 Chennai. Tamil Nadu Chief Minister MK Stalin said at CNN-News18’s much-talked-about Town Hall in Chennai on Monday that the Dravidian model of governance believes in India’s development, and Tamil Nadu has shaped the country’s future. Is. He said that the state is synonymous with inclusiveness. Tamil Nadu is the first state to bring a law against caste discrimination. In terms of poverty parameters, Tamil Nadu is the lowest among all the states. According to the Multi-dimensional Poverty Index (MPI) report prepared by NITI Aayog, Tamil Nadu is the state with the fourth lowest poverty index (4.89%) after Goa (3.76%), Sikkim (3.82%) and Kerala (0.71%).

Stalin also praised the state’s economy and said that the state is second in the country in terms of GDP. Stalin said, ‘We do not compare export and import data. We are only concerned about the rising standard (standard of living) of the people. According to a report, Maharashtra, Tamil Nadu, Karnataka, Uttar Pradesh and Gujarat constituted about 40% of the country’s nominal GDP in FY 2012. Stalin said that ‘personal income is higher here (Tamil Nadu) than in other states’. No one dies here due to non-availability of food. Only 4% of the total population falls in the BPL category.

Tamil Nadu is better in fighting the corona epidemic, thanks to the center

Emphasizing on government schemes for Tamils, Stalin said free bus rides for working women in government buses or select routes have been “an important link for women’s empowerment”. He also drew attention to Tamil Nadu’s contribution to bringing a coalition government in the country. The state had its first coalition government in 1952 after the first general election in independent India. On the situation of Kovid-19 in the country and especially in Tamil Nadu, Stalin said the pandemic was at its peak when he took over the reins of the state. So, I made everyone the health minister and I was leading the project. He also praised the central and other state governments for helping Tamil Nadu fight Covid.

Stalin said the 44th Chess Olympiad, which was taken out of Russia after invading Ukraine, was held in Chennai in August. It was an enormous success. The whole world is happy with the way Tamil Nadu handled the Olympiad. Usually such a big event takes four years but the Tamil Nadu government did it in four months.