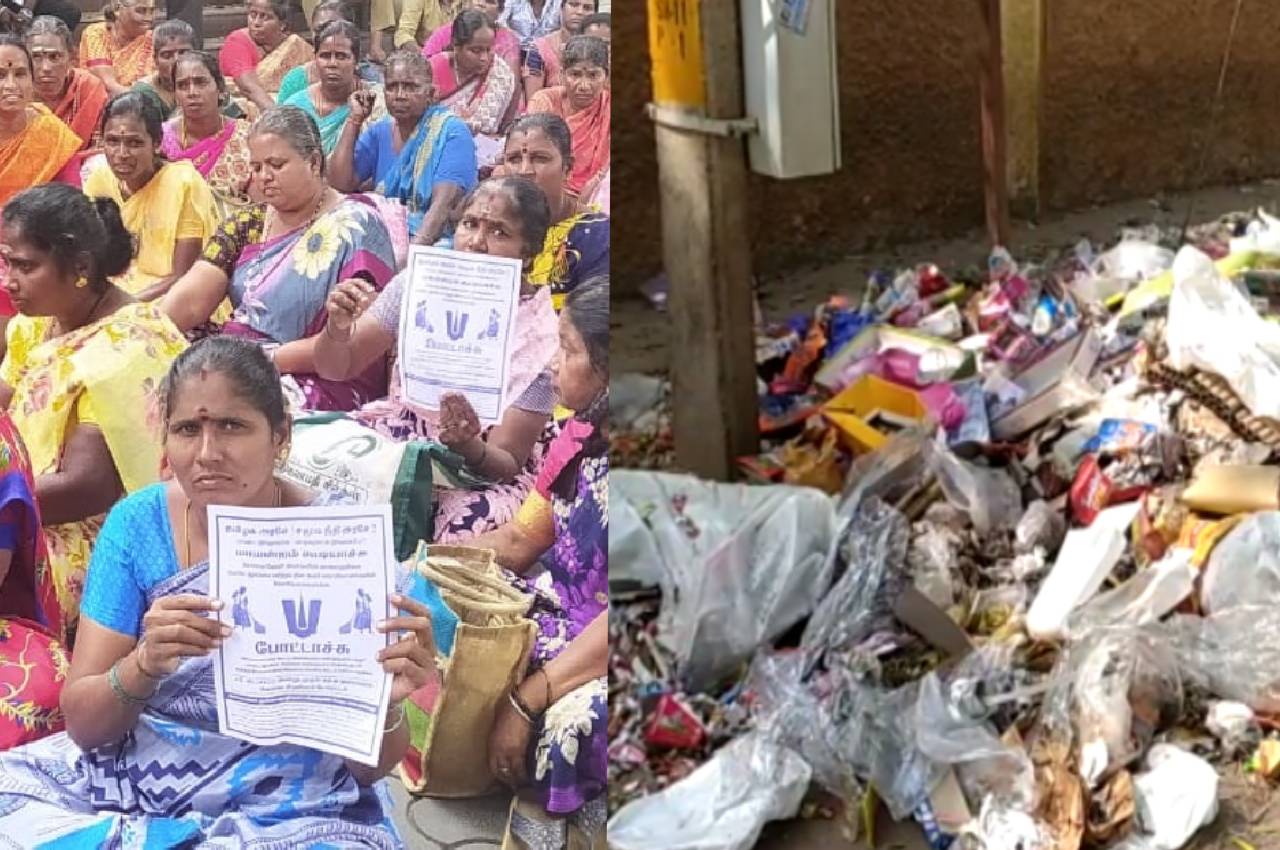 Claiming that their voices were never heard despite pleas to the authorities, 10 trade unions have formed a federation to put forth their demands to accept the 18-point charter.

According to official figures, more than 7,000 employees are working as scavengers in the Coimbatore City Municipal Corporation (CCMC). Of these, 2,750 scavengers are permanent, which concludes that a major part of the workforce is working on contract basis.

These temporary workers are demanding that their employment should be regularized and their salary should be increased.

Selvam, general secretary of Tamil Nadu Annal Ambedkar Sanitary Workers Welfare Association, said that every 240 households should have 3 sanitation workers including a sweeper, garbage collector and a drainage cleaner. Meanwhile, given the huge population of the city, there should be more than 6,000 permanent employees.

However, in a city that is half-staffed, it generates about 1,200 tonnes of garbage every day, he said.

Due to the indefinite strike, heaps of garbage and garbage are lying on the roadside in Coimbatore city.

Municipal Health Officer (CHO) Dr Pradeep V Krishna Kumar said they tried to persuade the sanitation workers to return to work and their demands would be heard soon but were unsuccessful.

The CHO said that the state government is planning to revise G62 soon, due to which it has asked the workers to wait for a while. He said that the demands for ESI and PF benefits would be accepted and implemented soon.