Current caused by a wooden pole, death of both the sons of SP leader, there was chaos in the village 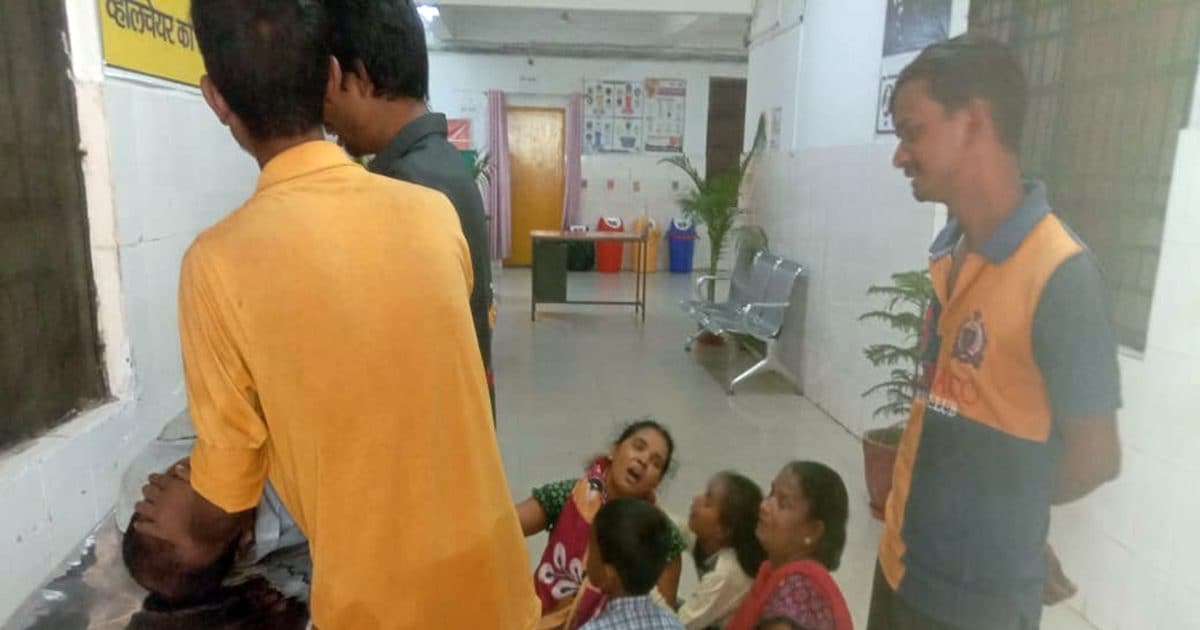 Seeing the elder brother stuck in the pillar, the younger brother reached near the pillar to rescue Anoop Yadav.

During this, Anoop also got caught in the current.

Balrampur, Two real brothers died tragically after being hit by a current that landed in a wooden pole. After this incident, there has been chaos in the village. Both the deceased are sons of former district panchayat member and SP leader Jokhu Yadav. The incident took place in Ramswaroop Purwa village of Maharajganj Terai police station area. 40-year-old Virendra Yadav, the elder son of SP leader Jokhu Yadav, used to run a private school. In the neighbourhood, there was a furniture shop of 30-year-old Anoop Yadav, younger brother.

Electricity was supplied in the private school with the help of wooden poles. After the torrential rains in the district for two days, the current had also come down in that wooden pole, from which supplies for the school were taken. The wooden electric pole was slanted due to heavy rain. To straighten it out, Virendra Yadav went to the pillar. Meanwhile, Virendra Yadav stuck to him due to the current coming down in the pillar.

Seeing the elder brother stuck in the pillar, the younger brother reached near the pillar to rescue Anoop Yadav. During this, Anoop also got caught in the current. Other people present there called the electricity department and switched off the power supply and reached the District Memorial Hospital with both the brothers who were scorched by the current. On reaching the hospital, the doctors declared both the brothers brought dead. After this incident, there is chaos in the whole village.

BJP MLA Kailash Nath Shukla reached the spot and expressed condolences to the deceased brothers and consoled the family members. SP Rajesh Kumar Saxena said that both the brothers have died due to electrocution. Their bodies have been sent for post-mortem and further legal action is being taken.

Share
Facebook
Twitter
WhatsApp
Linkedin
Email
Telegram
Previous articlePakistan’s terrorist Sajid Mir who died and became alive, no one could see, yet Mumbai was terrified
Next articleCheetah started running again in India after 70 years; Do not be confused with Jaguar-Leopard, know the difference between the three