Cyclone ‘Sitrang’ likely to cause heavy rain, water may again affect preparations for Diwali in Bengal 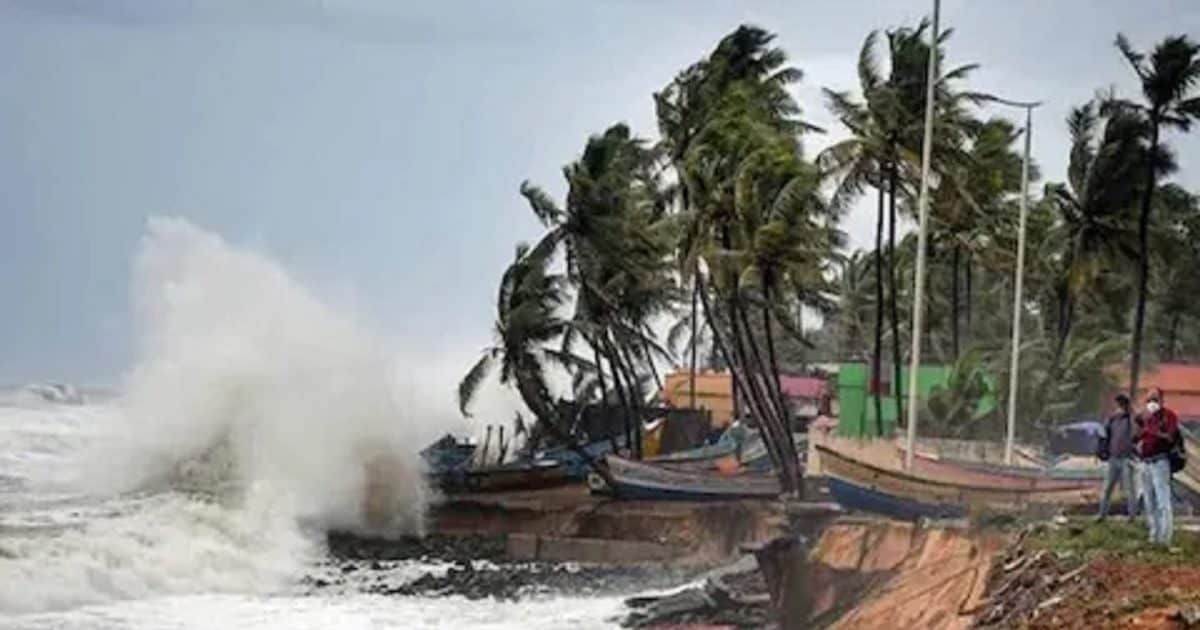 Due to Sitarang, there is a possibility of heavy rain in South 24 Parganas, North 24 Parganas and East Midnapore.

Kolkata. The southern districts of West Bengal including Kolkata received light rain on Monday and the sky remained cloudy. There is a possibility of getting water in this area on the preparations for Diwali. The Meteorological Department said that cyclonic storm Sitarang is expected to make landfall near Tinakona Island in Bangladesh on the morning of October 25. Severe cyclonic storm Sitarang is likely to intensify further. Due to this, there is a possibility of heavy to very heavy rains in the coastal districts- South 24 Parganas, North 24 Parganas and East Midnapore districts on Monday. Which may continue on Tuesday as well.

The Meteorological Department said that 90 to 100 km in this area. Strong winds will blow at the speed of per hour. According to the Meteorological Department, there is a possibility of moderate to heavy rains in Kolkata and adjoining Howrah and Hooghly districts on Monday. The widespread rain in the day after noon is likely to affect Diwali and Kali Puja celebrations in the state. Wind speed can reach up to 50 kmph in Kolkata, destroying the pandals set up for Kali Puja celebrations. However, the morning rains could not dampen the enthusiasm of the devotees who thronged the popular Kali temples of Kalighat, Dakshineswar and Thanthania in Kolkata in the morning.

Cyclone has more impact on Sunderbans area
The Meteorological Department said that the cyclone is likely to have a great impact on the Sundarbans area in West Bengal and Bangladesh. There 100 km with torrential rain. Hourly wind and high tidal waves can damage unpaved embankments and roads and disrupt power and communication lines in the area. Tidal waves are likely to reach a height of six meters due to the twin effect of cyclone and astronomical tide.

IMD alert regarding Cyclone Sitarang, winds will blow at a speed of 110 KM / Hr, there will be heavy rain

Heavy rain alert issued in six districts of Odisha
An official of the Kolkata Municipal Corporation said that steps are being taken to deal with any situation that may arise in the metropolis due to Sitarang. He said that all the pumping stations are fully functional. People living in dilapidated buildings are being sent to local schools or community halls. Fishermen have been advised not to venture into the sea on October 24 and 25. Ferry services and tourism activities in the Sundarbans have also been stopped as a precaution. The IMD has also issued an alert for heavy rains in six districts of Odisha- Balasore, Bhadrak, Kendrapara, Jagatsinghpur, Jajpur and Cuttack.

Share
Facebook
Twitter
WhatsApp
Linkedin
Email
Telegram
Previous articleHow to worship Goddess Lakshmi at home on Diwali today, know the Muhurta, method and ingredients
Next articleSachin Tendulkar liked this six of Virat, said- ‘The six that Rauf hit in the 19th over…’