Daastaan-go: The ‘big day’ when Kapil Dev sent the entire West Indies team to the pavilion except one – daastaan ​​go a day of captain kapil dev with nine wicket haul 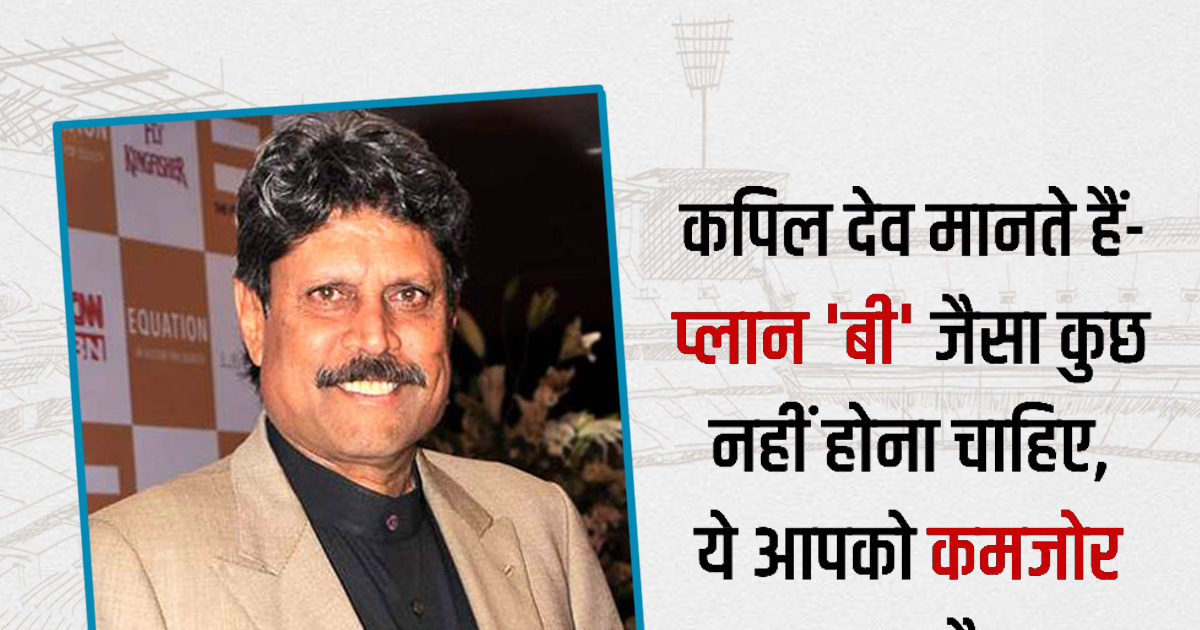 Dastan-go: Is there any time to tell or listen to stories? Maybe it would have happened. May or may not happen. But one thing definitely happens. Everyone likes stories and stories. It is better if they are present on time. If not, even if they are from the past, there is no harm. Because they always go not only by telling us something, but also by teaching us. Brings back memories of our era. Even a handful of serious spices are sweetened and given slowly. That’s why ‘Dastaan-Go’ has started the process of taking interesting stories to your loved ones. Will try to continue this series. Monday to Friday, everyday…

sir, First of all, let’s hear some things from that personality, about whose life this story is being written only on ‘one big day’. Sir, Captain Kapil Dev, who made India the world champion of cricket for the first time, has such personalities that stories can be written on his every day and every exploit. So this story is also just like that. But first let’s listen to Kapil Dev sahab a little…, ‘When I was in school, I didn’t feel like studying. It was more fun to play. So used to play football. But the football game would be over in two hours at the most. After that I had to go to school again. So I chose the game of cricket. Because in this there was a chance to stay out of school for the whole day. Sometimes for four-five days or even more. So in this way I became a cricketer from a footballer.

‘Later I remember, during a cricket tournament, some newspaper gave me the title of ‘Haryana Hurricane’ because of my bowling. Means ‘storm of Haryana’, more than I was happy with this, I realized that I have to prove this man (who gave the title) right. So I worked harder then… the game kept progressing and then one day I was made the captain. At that time about seven players in the team were senior to me. I could not teach any of them what to do and what not to do during the game. How to do, how not to. And I didn’t even do any such thing. I used to demand only one thing from all the players of the team. That is commitment. That is commitment. Because I have always believed that one who is talented can do wrong once. But not committed ‘.

‘If you are committed to your sport or whatever field you are in, you will never allow yourself to make mistakes. The people who have put their trust in you will never prove them wrong. The one who is committed to his work, will remain awake even in his sleep. Will always be alert towards his work, his responsibility. That’s why I preferred only those people in the team, who may be a little less talented, but there is no question mark on their commitment… Similarly, when the team was selected for the World Cup, I repeated the same thing in front of them. Reminded me of this commitment. Also told fellow players to respect the rival team, but before and after the match. Not during the match. At the time of the match, just think of one thing that no one is better than you. And you can beat anyone’.

‘I remember, when the team went for the World Cup (1983), even our teammates did not believe that we could become champions. No one had. But I had to. On myself as well as on the team. And then gradually when the World Cup tournament was almost halfway through, then somewhere the players of the team realized that they could win the title. Everyone knows what happened after that… I have always believed that self-confidence is a big thing. That takes you ahead in life. I remember, when I became the captain, I did not know English. Whereas then cricket was played in English only. If I could speak broken English, the teammates used to make fun of me. He was from cultured background and I am from agriculture background. My background was also reflected in my behavior. But I have never had any problem with all this.

‘I always knew and believed that talking in English is one thing, playing cricket is another. And I can play cricket better. So, I often used to say to fellow players – you guys call someone from Oxford (University of London) to speak English, I play cricket. In this way, my self belief and my commitment towards cricket only took me forward… Also one more thing which I learned during my journey of cricket, applied to myself is that life should not have ‘Plan-B’ in front of you should. This ‘Plan-B’ always makes you weak. Diverts your attention from ‘Plan-A’. Sometimes he even acts carelessly towards her. And indifference takes you away from your ‘Plan-A’. That’s why there should be no such thing as ‘Plan-B’. There should be only ‘Plan-A’, that what has to be done, has to be done only.’

Sir, after these ‘big things’ in the words of Kapil Dev Sahib, now the story of that ‘big day’, whose date is the same, 16 November. The year was only in 1983, when India created history by winning the ODI Cricket World Cup. Everyone will remember how in the final of that tournament, Kapil Dev Saheb’s team thrashed the two-time world champion West Indies, adorned with big names. Depressed by that defeat, the West Indies team came on a tour of India after the World Cup tournament was over. in the months of October-November. The West Indies tour started with a bang. In the first Test match, he defeated Kapil Dev’s team by an innings and 83 runs. It is as if he has avenged the humiliating defeat in the World Cup. But ‘world champion India’ also made a comeback and got the second test drawn.

After this, the third test match came. That match was played at Motera Stadium in Ahmedabad. Indian captain Kapil Dev won the toss and decided to bowl first. At the beginning of the game, his decision proved to be correct. West Indies lost three major wickets for just 27 runs. While the fourth wicket at 124 and the fifth wicket at 134 also fell. But Clive Lloyd (68) and Jeff Dujon scored 98 runs to take their team to 281. In reply, Sunil Gavaskar Saheb scored an inning of 90 runs from India. But the rest of the players could not support him and the whole team could score only 241 runs. In this way, West Indies got a lead of 40 runs on the basis of first innings. In the second innings, the intention of the West Indies players must have been to increase this lead further. But autumn turned on his plans.

And on that day, Kapil Dev sahib did the work of spoiling the plans of the West Indies. That too alone. Although it was started by Balwinder Singh Sandhu Saheb. In the second innings, when only four runs were scored by the West Indies, they got Desmond Haynes caught by Sandeep Patil. But after this, Kapil Dev sahab sent the rest of the West Indies team to the pavilion one after the other. In that innings, Kapil Dev Saheb had taken all nine wickets. He became the first captain in the world to do this feat. And even today no one has been able to break this record of his. As captain, he is recorded in the history books of cricket as the only player to take nine wickets in an innings. still. It doesn’t seem like his record will ever be broken in the coming times. Because now the very face of cricket is changing a lot.

By the way, those in the know may also be interested in what was the result of that match. So sir, please tell that in spite of this amazing feat of Kapil Dev sahab, the Indian team lost that match. Because all his batsmen together could not score the required 242 runs for victory in the second innings. Not only the match, West Indies also won the six-match Test series 3-0. Five one-day matches also took place during this period. West Indies also won them all. After all, he was the ‘uncrowned king’ of cricket of that era. And he had again proved his kingship by defeating the ‘world-champion’s Indian team’ in such a bad way. Here, one more thing in the midst of all this. just to remember. The record of taking all 10 wickets of the opposing team in an innings is also in the name of India. Spin bowler Anil Kumble did this feat on February 7, 1999 in Delhi. against Pakistan. Did you remember?

Bitcoin and Ethereum prices rise in the crypto market, know the global and Indian rates of both