Dastaan-Go: My name is Chin Chin Chu… No, Helen Richardson Khan ‘Queen of the Dancing Girls’ 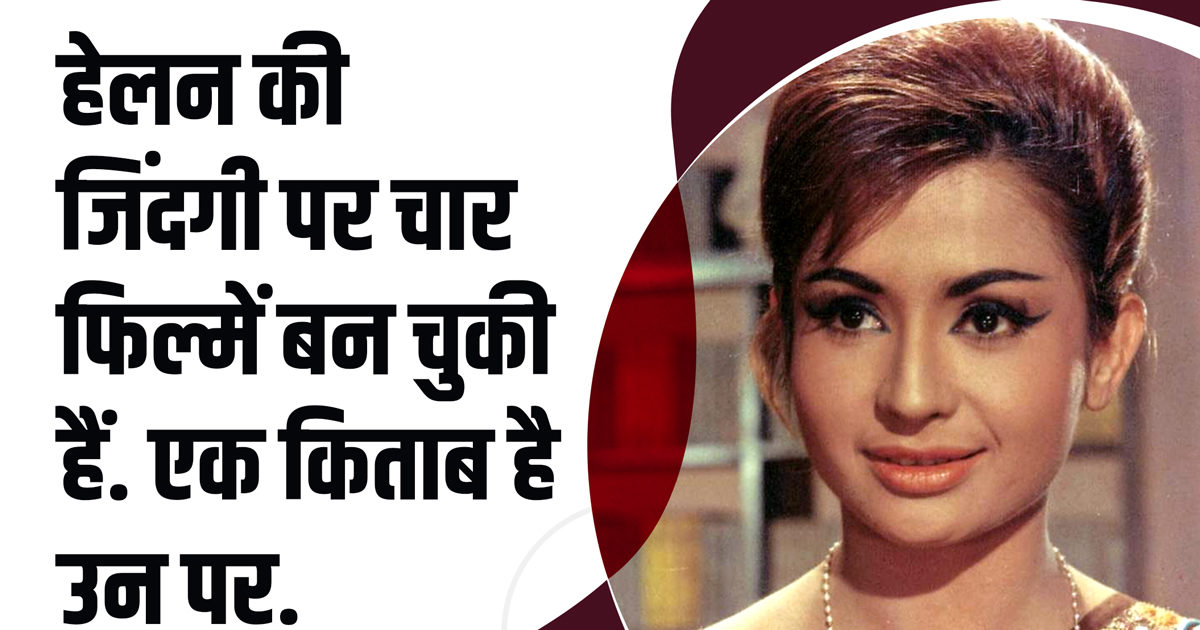 tale-go Is there any time to tell stories and listen? Maybe it would have happened. Or would it not happen. But one thing definitely happens. Tales, stories are interesting to everyone. It would be better if they were present on time. If it is not, it is of the past, even then it is not bad. Because they always go not only by telling us something, but also by teaching. Brings back memories of our times. Even after sweetening the spices of the serious ones, they drink it softly. That is why ‘Dastaan-Go’ has started, the process of bringing interesting stories to your loved ones. Will try to continue this process. Monday to Friday, everyday…

Sir, Try to bring one scene to mind. A little painful but necessary. Somebody is of the year 1941 or 42. The Second World War is on. The Japanese army invaded Burma and destroyed it. Has taken possession. Thousands of people have died in the fighting. Thousands of families have been destroyed. And those who are left out of these, they have left their homes and properties and have gone out to take shelter in neighboring countries like India. Among them is a three-four-year-old girl. His mother and his siblings too. They have joined the caravan which is going towards India. Tolerating all the sun, rain, cold… the journey of the months is traversing foot-to-foot. In the villages falling on the way, these people are given something to eat and drink. Sometimes there is some shelter for rest and sometimes it is not available. In the middle of the journey, more difficulties arise, of all kinds.

People get sick. Some get cholera, some get smallpox. Some children, young or old people, due to these circumstances, lose their lives. But the steps forward do not stop. The caravan does not stop. goes on. The mother of the child, mentioned in the beginning, is once again with a stomach. She too falls ill on the way. The child falls. All the three children are shaken by this accident that now they do not know what will happen. But with the help of their companions, they eventually reach Assam. Some of the British soldiers who met on the first route from there have become helpers of the people walking in this caravan. The caravan is half left so far. But for all those who are, they have made arrangements for lodging and lodging in Dibrugarh by putting up tents etc. Arrangements have been made for the treatment of the sick. Till now the body of that girl, her siblings and mother have also shrunk due to hunger and suffering.

All four of them have also been admitted to the hospital. He has to stay in the hospital for two months. Meanwhile, the girl’s brother is taken with him by the smallpox disease. There are now three women left in the family. Mother and two daughters. In this other country (Hindustan) they do not have a house to live in, no proper arrangement for food, drink, clothing or employment etc. The mother is worried about what will happen to her daughters now. But she is mother. Bholi-C. Doesn’t know that in the days to come, one of them will illuminate her name in the world, not only in India, but in the days to come. The film will become a niche personality of the world. People who are fond of ‘dance’ will imitate her because that mother’s daughter will be called ‘Helen: Queen of the Dance Girls’. Yes sir, this story is of Helen only. Helen Richardson Khan. The second mother of actor Salman Khan.

Helen, wife of writer Salim Khan, who wrote stories for films like ‘Sholay’. Helen, in the films of Hindustan, who made dance like ‘Cabaret’ famous. That too in such a way that there was a time when no film was considered complete without Helen’s dance. Rather, his dance was inserted separately in his story with a slight cancellation-o-change. Because that used to be the guarantee of the film’s run. The beginning of the life of the same Helen is the one, which Helen herself has told many times. Perhaps in the year 1964 for the first time in an interview given to ‘Filmfare’ magazine. After that, when she came on ‘The Kapil Sharma Show’ sometime back, she also mentioned it. But smiling. Not in a way of weeping sad or expressing any regret.

Helen ji had told, ‘We had come to Calcutta from Assam. There I was admitted to the school. But studies could not be done much. Because the issue of earning food in the house was very big. So she started sharing her mother’s (Marilyn’s) hand in that. She used to work as a nurse. But his earnings did not make up for it. I had learned Manipuri, Kathak and a little bit of Bharatnatyam by then. Because I was interested in dance from the beginning. So mother was an acquaintance of Kukku ji. She was a well-known dancer of the film world. He belonged to our Anglo-Indian community only. So the mother told him for me, that he should also get some work done. And they included me among the girls dancing in the chorus. This is how I got started. So, when I was 13 years old, in 1951, my first film came ‘Shabistan’. I danced with the group dancers in it.

But sir, Helen ji was not able to stand in the crowd of these group dancers. The ‘Filmie Duniya Ki Aankhon’, who was always looking for a talented actor, soon recognized Helen’s talent as well. The story is around the year 1957. Famous filmmaker Shakti Samanta was making a film. The story of a businessman from Rangoon, the same city in Burma where Helen was born. And the story is also about the mystery of the crime world, in which there is a place for splendid dance and songs. That is, there was full scope to bring out Helen’s skills in this. And the power feudal took full advantage of it. In this, a song was kept in the voice of famous singer and actress Geeta Dutt, ‘Mera Naam Chin Chin Chu, Chin Chin Chu Baba Chin Chin Chu, Raat Chandni Main Aur Tu, Hello Mr. How Do You Do’. Helen’s dance was then filmed on this song, which touched the height of fame overnight.

The experience was successful and this success had also seen Helen’s house. In such a way that never left together again. Difficulties also came ahead, but the people who took them out also came along. For example, Helen got into a relationship with filmmaker PN Areda early in her film career. Probably ever since he worked in Arora Sahab’s film ‘Hur-e-Arab’ (1955). But in this relationship, he had to face a lot of trouble due to some personal reasons. In such times, Salim Khan (Wald of Salman Khan) came as his helper. He also married Helen in 1981 again. While they were already married. So, this second marriage also caused some stir in their house. But gradually she also stayed at the bottom, became cold. And the big role played in this, it is said that Helen herself. His nature made Salim Khan’s entire family his own.

As a result of this, Helen was also adopted wholeheartedly by Salim Khan’s family. Now the situation is such that Salman Khan’s mother Salma (Sushila Charak) is seen with her son more than Helen is seen with him. She has even appeared in the role of Salman’s mother in films like ‘Hum Dil De Chuke Sanam’. Such examples are rarely found in the film world. Another example of how his relationship is with his family has come to the fore in the past. Comedian Kapil Sharma told him in his show that ‘Ma’am, next time you will call both of you and Salim sahib and talk’. So Helen started saying, ‘Why both? If you want to call together, then call all three. All three means, Salim sahib and Helen ji as well as Salma ji. This is the specialty of his personality. Of course, such characteristics are also the reason, which never allowed any finger to be pointed towards Helen ji. Despite the flamboyant dance-songs in the film world.