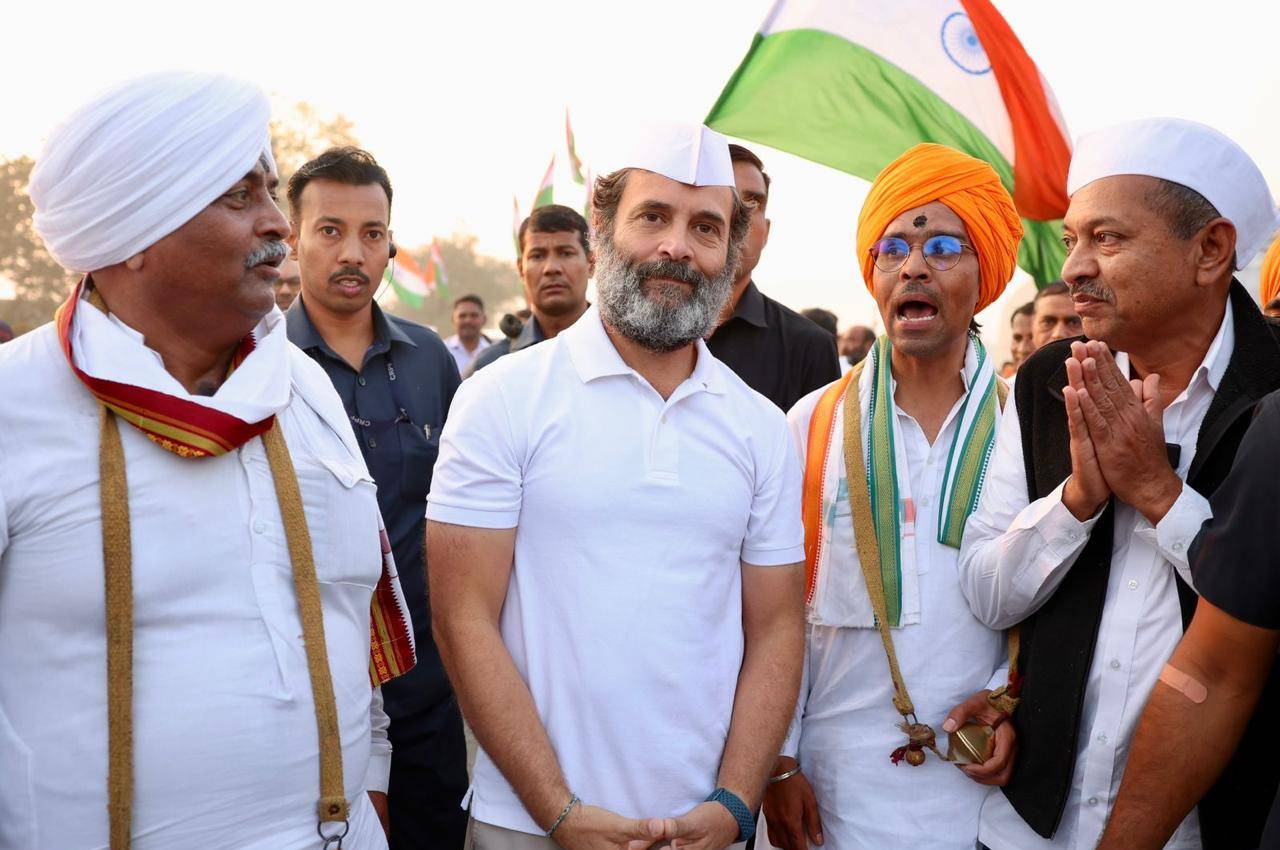 The Bharat Jodo Yatra, led by Congress leader Rahul Gandhi, resumed in Buldhana district on Sunday, the last day of the Maharashtra leg, from where it will enter Madhya Pradesh at night. The public relations initiative of the Congress entered its 74th day on Sunday.

After a night stay at Sairam Agro Centre, Bhendwal, Tel. The yatra began at 6 am at Jalgaon Jamod, district Buldhana, where Rahul Gandhi addressed a public meeting.

The Congress leader said, “It is sad that 733 farmers were martyred. 733 families lost their father, their brother, their mother, their son, there was no need for this. If the Prime Minister had listened to the voice of the farmers, not a single farmer would have been martyred. Today we stand in sorrow. Standing in his memory. But we are also happy because it is the voice of farmers, fought for justice and won.

Rahul Gandhi paid tribute to the farmers who were martyred in the farmer’s movement by keeping silence for some time along with the leaders present on the stage and the people present in the meeting.

He said, ‘I would like us to keep silence for two minutes in the memory of those farmers.’