Do you know these things about Akshata Murthy, wife of Rishi Sunak and daughter of Narayan Murthy? 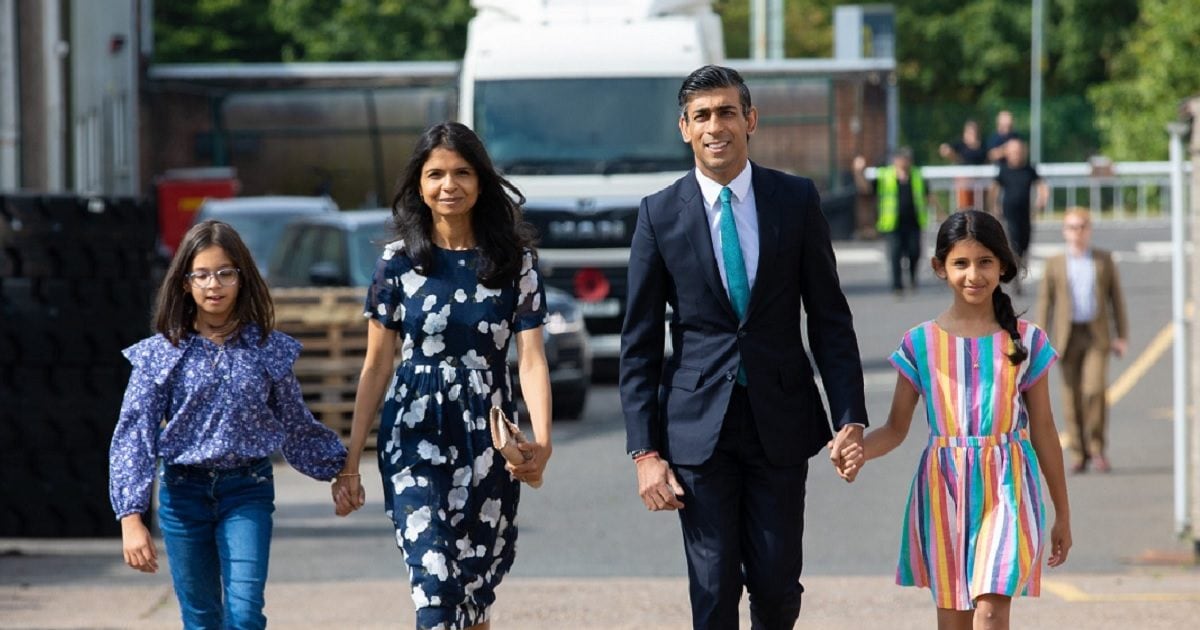 Akshata Ki Sunak, a fashion designer and director of a company called Catamaran Ventures UK, met Sunak when both were studying at Stanford University in the US. Southampton-born new Prime Minister Sunak has spoken about how he changed his class schedule to get closer to Akshata. The couple married in 2006 in a two-day ceremony in Bangalore and have two daughters, Krishna and Anushka, who attend school.

Amidst the tax controversy, Akshata wrote on social media earlier this year, “Rishi has always respected the fact that I am Indian and I am as proud of my country as he is of his country.” ‘ Akshata said, ‘He never asked me to give up my Indian citizenship, relations with India or my business affairs, even though such a move would have made things politically easier for him.’

Akshata renounced her legal non-domicile status to counter the ‘hurdle’ facing her husband’s political career, which means she now pays tax on all her Indian income from Infosys shares in the UK. Huh.

Akshata said, ‘My decision to pay tax in the UK on my entire worldwide income will not change the fact that India continues to be the country of my birth, citizenship, home of parents and domicile. But I love Britain too. “In my time here, I have invested in British businesses and supported the interests of Britain,” he said. My daughters are British. They are growing up in the UK. I am very proud to be here.

As an investor, Akshata’s company is focusing on the consumer tech sector with a view to investing in the fast growing British brand. At the same time, he also has a large stake in India’s second largest IT company Infosys, for which he received a dividend of Rs 126.61 crore in the year 2022.