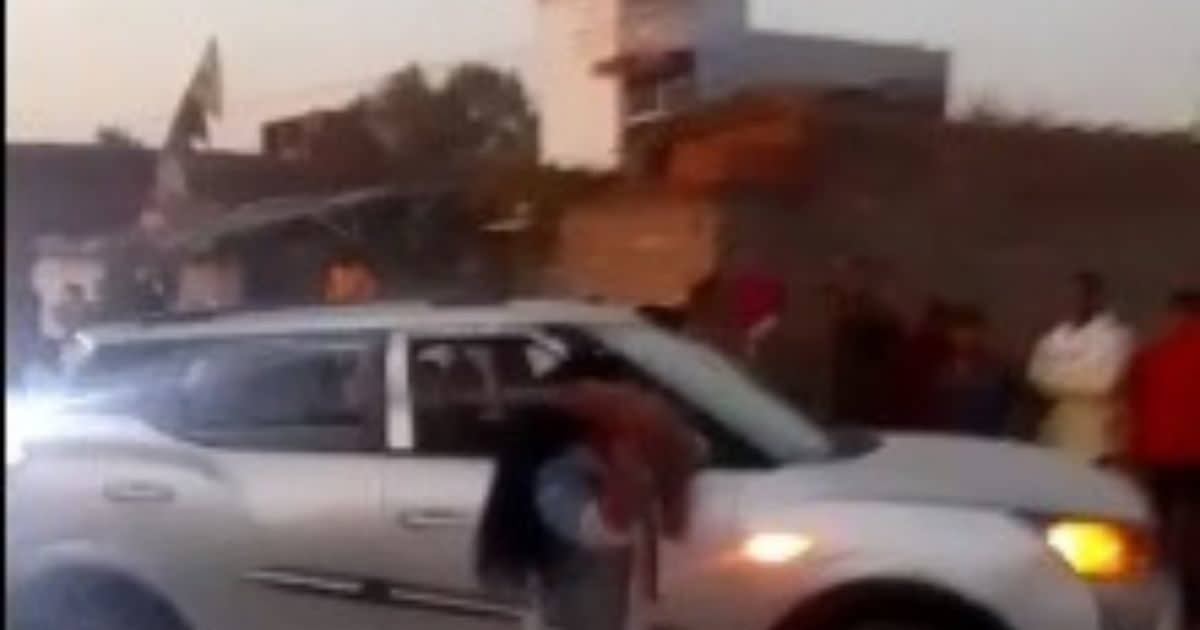 Video of a girl teaching a lesson to an alcoholic is viral, everyone is praising

Bundi. A drunken car driver created a ruckus in Sathoor village of Bundi district. But when a brave girl came forward to counter this drunken driver, she was forced to leave the car and run away. The video of a brave girl teaching a lesson to a drunken car driver with a stick is becoming fiercely viral on social media. When this brave girl was teaching a lesson to the drunk, someone made a video of her and put it on social media. Soon this video became a topic of discussion.

On Thursday, in Sathoor village of Hindoli area in Bundi district, a drunkard created a ruckus while performing stunts with a car. According to the information, on late Thursday night, when the car came out while doing a high speed car stunt in the town from the side of Basoli Mor, the local people stopped it. Instead of obeying the people on this, the young man became intent on abusing them. People explained to him, but there was no effect on him.

pregnant woman injured, hospitalized
In connection with the incident, eyewitnesses Raju and Manoj said that late on Thursday night, Kailash Gurjar, a resident of Haripura in the area, and his companion were driving the car back and forth repeatedly while doing stunts on the road at a high speed in Sathoor town under the influence of alcohol. was. Despite the refusal of the local people, he did not agree. He started trying to mount the car on women and children and on refusing, he got into a fight. In which a pregnant woman was also injured. Whose treatment is going on in Bundi Hospital.

Brave girl beat up a drunkard with a stick
A girl standing there was also watching the actions of the drunkard. When he saw that the drunkard was not agreeing, he bravely faced him with a stick. This also led to a scuffle between the two. The people present there were with the girl, in such a situation, seeing the crowd growing, the drunken youth left the car on the spot and fled. On being informed by the locals to the police, they reached the spot. Hindoli police confiscated the car.

Share
Facebook
Twitter
WhatsApp
Linkedin
Email
Telegram
Previous articleShahnaz Gill sang an emotional song, fans are making such comments after taking the name of Siddharth Shukla
Next articleKartik Purnima 2022: When is Kartik Purnima? Know the importance of bathing at Manikarnika Ghat on this day