Efforts to pressurize Rahul Gandhi to be made Congress President intensified, resolution passed in many states 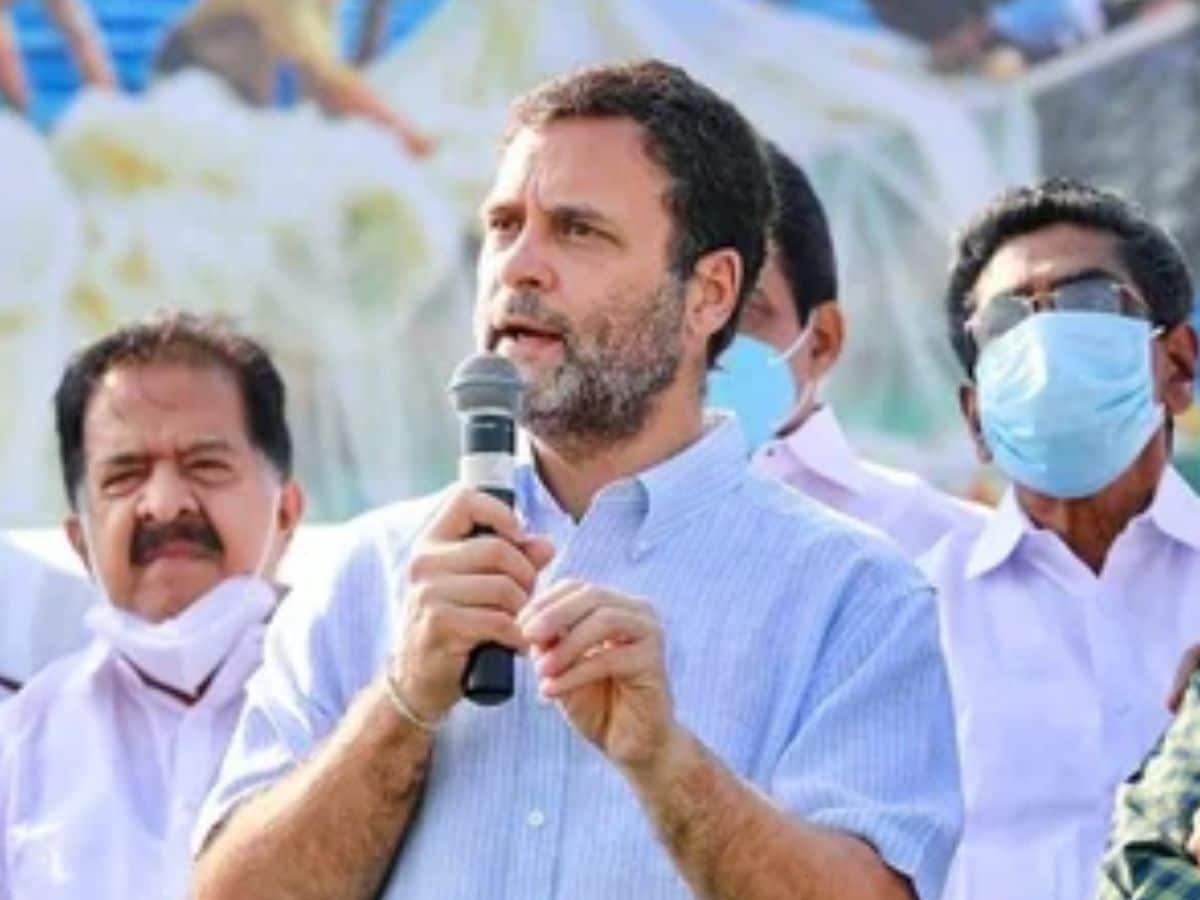 State units have intensified efforts to put pressure on Rahul Gandhi to take over the reins of the party.

Congress units in Rajasthan and Chhattisgarh have passed resolutions to make Rahul the president of the party.

New Delhi. With only a few days left for the notification of the election for the post of Congress President, Gandhi family loyalists and (Congress) state units intensified efforts to pressure Rahul Gandhi to take over the reins of the party. have been given. It is noteworthy that Rahul has reportedly been indicating that he does not want to change his stance of not becoming the chief of the All India Congress Committee (AICC). Let us tell you, Congress units in Rajasthan and Chhattisgarh have passed resolutions to make Rahul the president of the party. Congress is in government on its own in these two states only.

A day before this, on Saturday, the Rajasthan Pradesh Congress Committee had passed two such resolutions. Other state units of the party are also likely to pass similar resolutions. Ashok Gehlot in Rajasthan and Bhupesh Baghel in Chhattisgarh. Both of them have repeatedly requested Rahul to take over the reins of the party. Gehlot and Baghel are facing internal pressure for their respective positions from Sachin Pilot and TS Singhdeo respectively. Pilot and Singhdeo are being seen as chief ministerial aspirant in Rajasthan and Chhattisgarh respectively.

Some political analysts see Gehlot and Baghel’s move to pass these resolutions as a gesture of their allegiance to the Gandhi family, while others see it as a genuine attempt to persuade Rahul to take over the reins of the party. Gehlot has tried to ignore the news of himself joining the race to become the Congress President. He has said that efforts will be made till the last moment to convince Rahul Gandhi to take over the reins of the party once again.

Let us tell you, in June this year also, the CPCC had passed a resolution to make Rahul Gandhi the party president. Baghel told reporters in Raipur that he moved a proposal to appoint Rahul Gandhi as the party’s president, which was approved by state Congress committee chief Mohan Markam, state assembly speaker Charan Das Mahant, ministers-TS Singh Deo, Shivkumar Dahria and Premsai. Tekam – did it. Replying to a question, Baghel said, “The CPCC today passed the resolution (to make Rahul Gandhi its president) and the party’s Rajasthan unit has also done so.”

“If similar resolutions are passed in other states also, Rahul ji will reconsider it as the election for the post of party president is approaching,” he said. Keeping in mind the sentiments of all party workers, I think Rahul ji will agree (to become the party chief).”

Rahul Gandhi is giving indications not to contest elections

Despite attempts and appeals made to Rahul to take over as party chief, the former Congress president said earlier this month that he had taken a decision but would not reveal his plans. He insisted that if he would not contest the upcoming elections for the post of party president, he would explain the reasons. Rahul’s remarks have been seen in the party as an indication that he is not willing to contest for the post of party president.

In response to a question asked in this regard at a press conference in Kanyakumari recently, he had said, “Whether I will become the president or not, it will be completely clear at the time of elections for the post of Congress president.” “Wait till then, and when that time comes, you will know.” Rahul had said that he had decided very clearly what he was going to do. He had said, “There is no confusion in my mind from anywhere.”

Amid suspense and uncertainty, several senior Congress leaders have said that the Gandhi family will continue to have a special place in the party even if Rahul does not become the party president. Senior Congress leader P Chidambaram on Sunday supported the consensus for the selection of the President of the All India Congress Committee (AICC). He said whether Rahul Gandhi is the party president or not, he will always have a “special place” in the party as he has “acceptance” among the party’s common workers.

Notification will be issued on 22nd September

Senior party leader Jairam Ramesh also advocated for a consensus in the selection of the new president and demanded that the Nehru-Gandhi family retain its prominence in organizational matters if any situation arises. The notification for the election of Congress President will be issued on September 22 and the process of filing nominations will go on from September 24 to 30. The last date for withdrawal of nominations is October 8 and if required, the election will be held on October 17. The results will be declared on October 19.