Even faced the anger of the society, but did not give up and made a record in driving auto 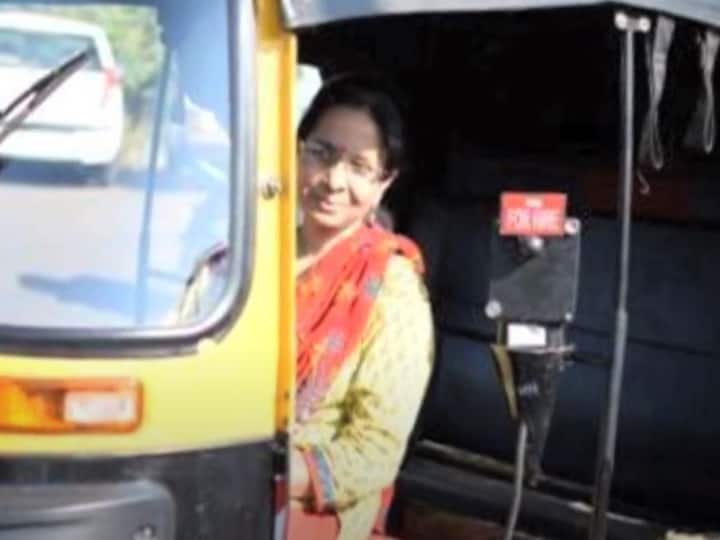 Nari Shakti First Woman Auto Driver Of India: You will shear your wings, we will maintain our spirits and fly towards our destination… If this is said for Sheela Dawre, then there will be no big exaggeration. At that time, when most of the women did not leave the house alone, Sheela did not leave her house at the age of 18, but she died after fulfilling her dream. As a result, a separate identity was established in both name and work. She is the first woman auto driver of India and her name is recorded in the Limca Book of Records. Sheela’s courage and courage inspired many women to take up this profession. Today the result of that is that we are not surprised to see women auto drivers on the roads.

A dream from a young age that became a reality

When Sheela Dawre became India’s first woman auto driver, she broke all the shackles of stereotypes. In her daily salwar kameez, shoulder to shoulder with men in khaki uniform, she took people to their destination in autos in the streets of Pune. When in the year 1988, most of the women could not muster the courage to go out of the house alone. At that time, Sheela decided to adopt a profession in which only men dominated.

Sheela dreamed of becoming an auto driver at the age of only 18 and she did not hesitate to leave her ancestral home in Parbhani district to fulfill it. I had come to Pune to convert it. Since then, she did not look back, from 1988 to 2001, she continued to drive autos for 13 years continuously. Not only this, in this journey of 13 years, he drove from auto, matador to school bus. Even though he had to give up driving due to health issues, he kept up with his passion and started a travel company. Her husband Shirish Kamble helps her in this and they have two daughters.

Desire for professional success, not marriage

In the 1980s, when she was being told that her aspirations were worthless and that driving was not a profession for girls from good homes. Even then, Sheela Dawre did not give up. Born in the small town of Parbhani in Maharashtra, Sheela studied up to class VIII from this city. Like every girl’s parents, when she grows up, her parents also wanted her to get married. As was the custom of that era that after giving basic education, girls were given marriage after seeing a good boy and family, but Sheela did not approve of this, but some other dream was growing in her eyes.

Sheela being a rebellious girl did not let marriage come in the way of fulfilling her dream of driving. Sheila, fond of driving since childhood, wanted to make it her profession. What was then she left the house and she came to Pune. “I wanted to make it my profession. My parents initially objected to my decision, but now they have accepted me for who I am,” says Sheela.

When no one wanted to rent an auto to a woman

It was not only family pressure that was bothering Sheela. There was no less social pressure on them. After all, what he decided was to challenge the patriarchy. Upon reaching Pune, Sheela wanted to hire an auto rickshaw, but her being a woman came in the way. Then she took help from the Women Self Help Group here. After this, Sheela got an opportunity to drive an auto when the regular drivers were on leave. After earning a modest income from these rides and saving every penny, she finally managed to buy an auto-rickshaw and even rented a room for herself in a slum.

Sheela recalls how parents used to point to her and tell their children about female auto-rickshaw drivers in their neighbourhood. Despite being praised by many for her courage to break into male-dominated professions, there were also many who let her down when she was in this profession. But during this period his pillars of strength became his fellow drivers. She recounts an incident when a traffic constable raised her hand on her during a heated argument and in response they hit her too. When he felt a lot of danger from him, then the members of the auto-rickshaw union supported him.

never imagined to be a pioneer

Recorded in the Limca Book of World Records as the first woman auto-rickshaw driver in the country, Sheela Dawre never in her life imagined to be a pioneer for women who dreamed of driving an auto-rickshaw. Sheela restrained herself as it was a male-dominated area. In a video interview she says, “I never took up the profession of record making, in fact I was unaware of Limca Book Records giving me this title until I was approached.”

Sheila has always been getting awards and rewards because of her unique career. Not only this, he has also got a chance to participate in the #BharatKiLaxmi campaign from Prime Minister Narendra Modi. Sheela believes that more and more women need to break social bonds and make their place in male dominated fields.

Committed to the safety of women

She encourages women to take up the profession of driving. Behind this is the increasing incidents of crimes against women. Sheela’s motive is to carry out better protection of women. She believes that women feel safer traveling alone when they drive them. Sheela says that gender and social prejudice should not in any way decide what one wants to do with one’s life. Another dream of her is to start an academy to train women auto-rickshaw drivers. “I think a women’s academy for women would instill more courage and confidence among women drivers,” she says.

We salute a leader like Sheela who did not give up on her dreams despite protests and continues to inspire a generation of women auto drivers across India. We hope that many more women will continue to join this profession and prove to be skilled drivers of their autos in the streets of India. Also read:

Nari Shakti: Didn’t know how to drive a two wheeler, but ran a fresh 12 coach train