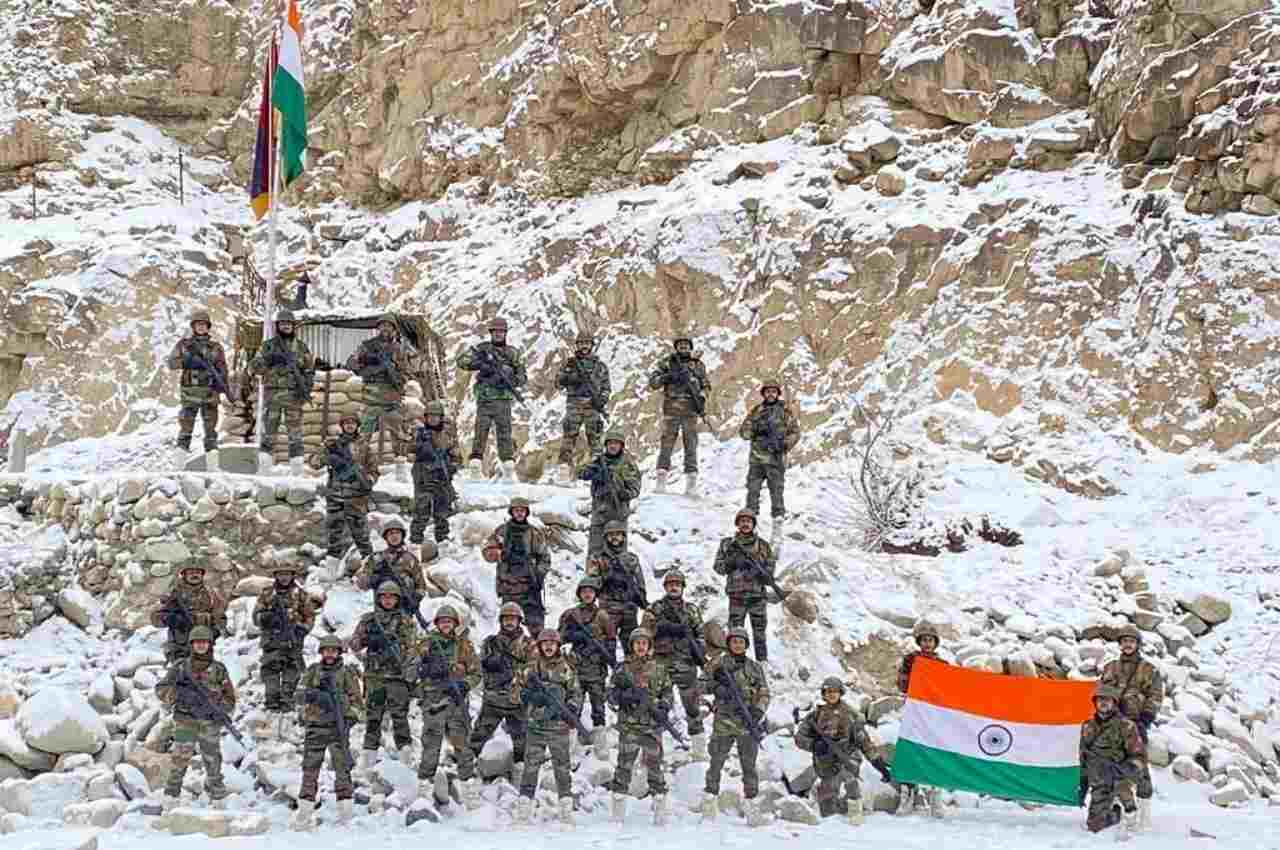 India-China standoff: The availability of new indigenous weapons has increased the strength of the Indian Army. These weapons include mines, personal weapons and vehicles used in warfare. These indigenously manufactured weapons include anti-personnel mines, weapons of face-to-face warfare and infantry combat vehicles.

These include the AK-203 and F-INSAS rifles as well as the new anti-personnel mine ‘Nipun’. Indian companies have developed new weapons. Defense Minister Rajnath Singh was briefed about the new weapon systems of the Indian Army’s F-INSAS and AK-203 assault rifles and weapons.

The Chief Engineer of the Indian Army, Lieutenant General Harpal Singh, on behalf of the Chief of Army Staff, has assured the country that we are ready to deal with any threat. Whether it is the western desert (Pakistan) or the areas adjacent to high altitude places (China) in the Ladakh sector. The Army on Tuesday demonstrated its landing craft assault capability at Pangong Lake near the China border in eastern Ladakh.

F-INSAS stands for Program for Modernization of Troops

The full name of F-INSAS is ‘Future Infantry Soldier as a System’. This program is designed for the modernization of the Indian Army. This increases the efficiency of a soldier. Under this project, the soldier is equipped with modern light weight systems. These are all-weather workable, require little maintenance and are also economical.

What kind of things will the soldiers be equipped with?

The entire gear of the F-INSAS system consists of several components. For example, the AK-203 assault rifle with a range of up to 300 meters. It is being made in Amethi with the help of Russia.

Apart from this, ballistic helmet, ballistic goggles, bullet proof jacket are also included in this. These helmets and jackets will protect the jawan from bullets up to 9 mm fired from an AK-47 rifle.

In F-INSAS, the soldier will get a holographic lens mounted on the rifle. This will allow fast and accurate targets to be targeted at a range of up to 200 meters.

The helmet will be fitted with dark vision devices. These will prove to be of great use in low light.

An advanced communication system will also be equipped in the valley itself, so that the jawans can communicate with each other without the use of hands.

What is special about Nipun Mines?

These are landmines developed in the country. It serves as the first line of defense to deter intruders and enemy forces from advancing. These are being called anti-human mines because they are used against humans. They are small in size so they can be kept in large numbers.

What are the LCA for Pangong Lake?

The full name of LCA is Landing Craft Assault. These will replace the boats that currently patrol the Pangong So lake in eastern Ladakh and have limited capacity. Information about LCA has been given by Aquaria Shipyard Limited of Goa. They are quick in speed and have the ability to work in water despite all kinds of troubles. These boats can carry 35 combat troops at a time and can reach any area of ​​the lake in a very short time.

Why are new weapons important for the Indian Army?

At a time when many armies of the world are equipping their soldiers with modern technology, it was necessary for India to equip the soldiers with modern equipment. Especially when relations with neighbors on the borders with land are not very good. These weapon systems will not allow the all-weather efficiency of the jawans to decline.

What kind of uniforms are there in other countries?

Several programs are being run around the world for the modernization of troops, including the F-INSAS. America has Land Warrior and Britain has Future Integrated Soldier Technology. According to an estimate, more than twenty armies around the world do such programs for their soldiers. DRDO had also studied the systems of other countries while making the program for the Indian soldiers.