Father did not get the bullet, then two brothers made Tejas electric bike out of junk, know the specialty 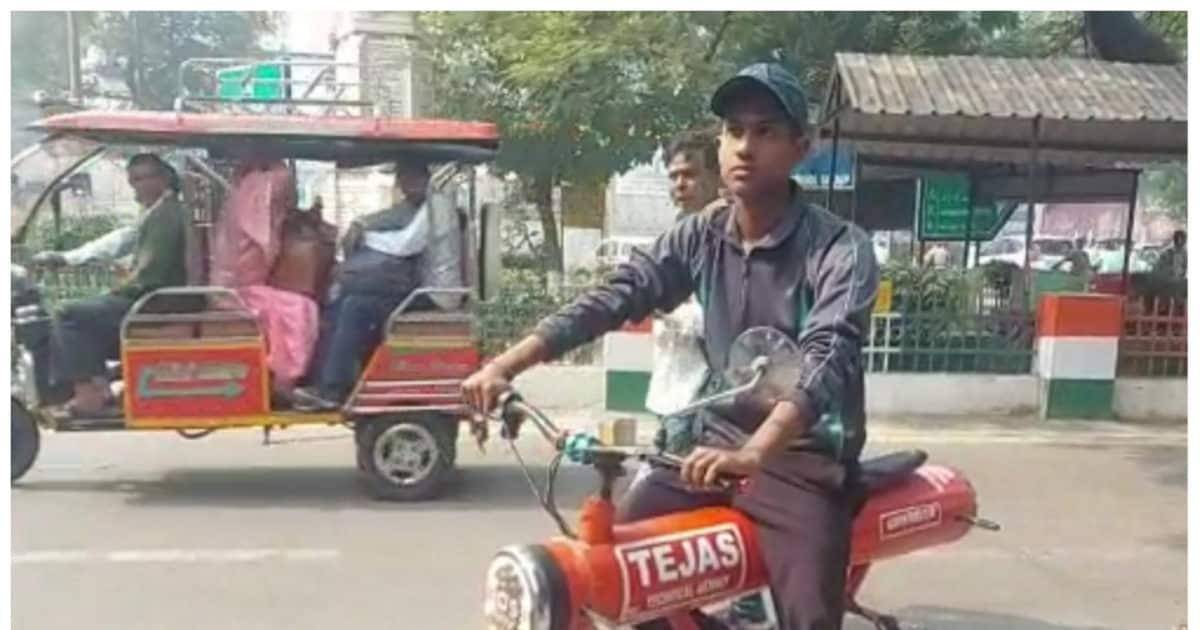 Meerut. Talking about the changing times, modern things are constantly being prepared by the youth in the field of technology. You will not only find these things interesting to watch, but because of the specialty, other youths also take inspiration and think of making something in the same way. These days a similar view is being seen in Meerut, UP.

An electric bike has been designed by two brothers living in Rohta Road, Meerut, which remains the center of attraction. Actually, whoever sees this bike, he becomes crazy. According to the information, both the brothers had asked for a bullet from the father, but he did not get the bullet bike. After this, both the brothers together made an electric bike through PVC pipe, charger of 24 Empires and some junk.

150 km journey in 5 rupees
Talking to News18 Local, Ashish and Akshay, who manufacture the electric bike, said that it is a battery based bike. Inside the pipe, he has shifted all the charger devices including the battery. It gets charged within a few hours. After this it travels up to 150 km. Not only this, if we talk about the speed, then it runs on the road with 65 kilometers per hour.

first made electric bicycle
This is not the first invention of Akshay and Ashish, but both the brothers had prepared an electric cycle before this. In fact, when he had to go to his college to study, the daily rent was Rs 100. In such a situation, to save that expense, an electric cycle was prepared, which used to bring them to and from college in just 10 rupees.

The bike is ready for Rs 35000
Both the brothers have named this bike Tejas. It talks to the air while moving. At the same time, if we talk about its cost, then this bike is ready for just Rs 35000. Various types of lights have also been installed in it. Made it using some old bike stuff. Let us tell you that due to its peculiar model, this bike is becoming a topic of much discussion in Meerut.