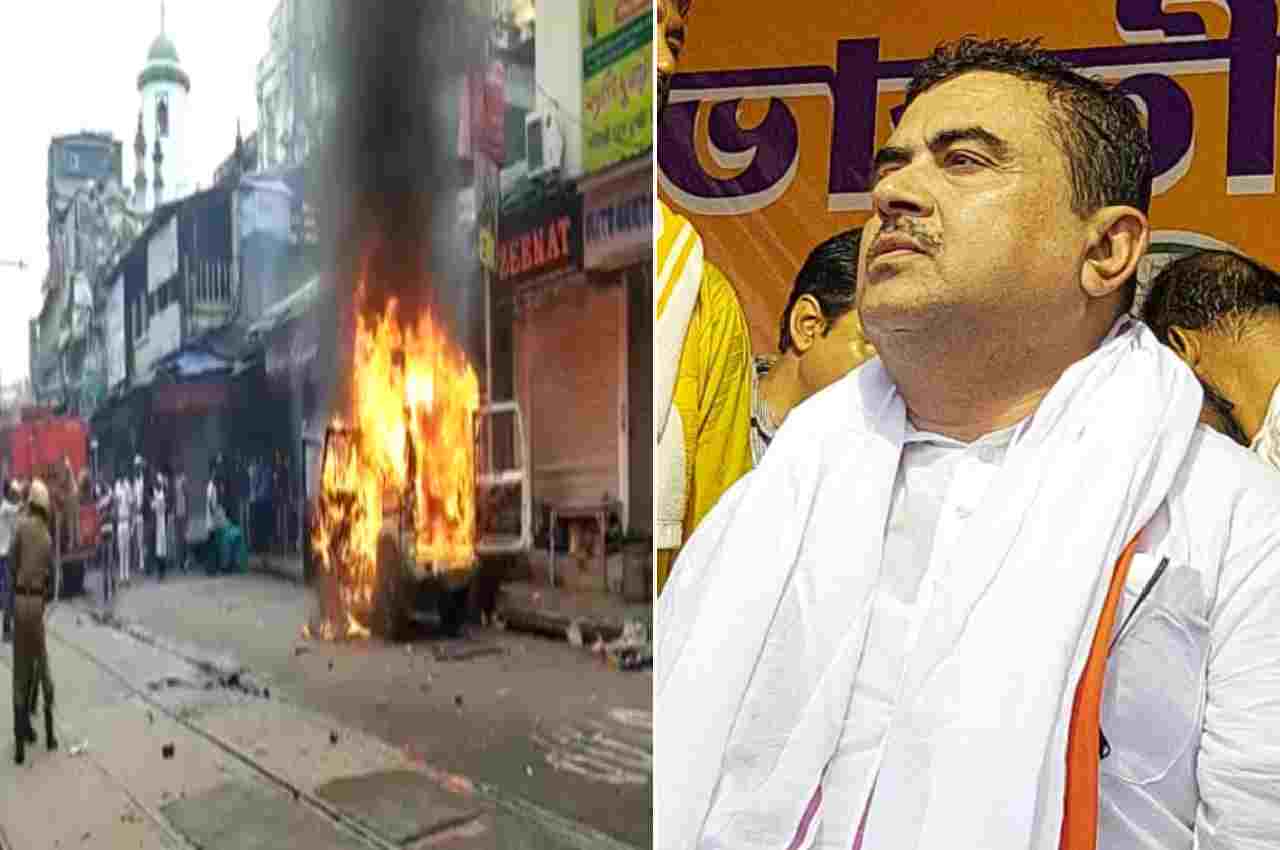 BJP leader said- CM Mamta Banerjee is scared, she ran away after seeing the strength of the people gathered here. Only 30 per cent are here today, some were detained yesterday.”

Earlier in the day, Majumdar was detained ahead of a ‘Nabanna Chalo’ march against the Mamata Banerjee-led state government. However, he was later arrested during a protest in the state capital.

As the incident took a gruesome turn, the protesters torched police vehicles. This created tension and chaotic atmosphere in Kolkata.

Media reports have claimed that incidents of stone pelting have also been reported from Howrah district. The police used water cannons and tear shells to disperse the protesters.

Along with the officer, BJP state general secretary Locket Chatterjee and BJP leader Rahul Sinha were detained as Bengal BJP workers clashed with police during a protest march against the Trinamool Congress (TMC).

Share
Facebook
Twitter
WhatsApp
Linkedin
Email
Telegram
Previous articleLIC Policy: By investing once in this policy of LIC, get pension for life! Know the details of the scheme
Next articleWeird tradition: tormented by pain, groaning… still here women beg to be beaten with a whip