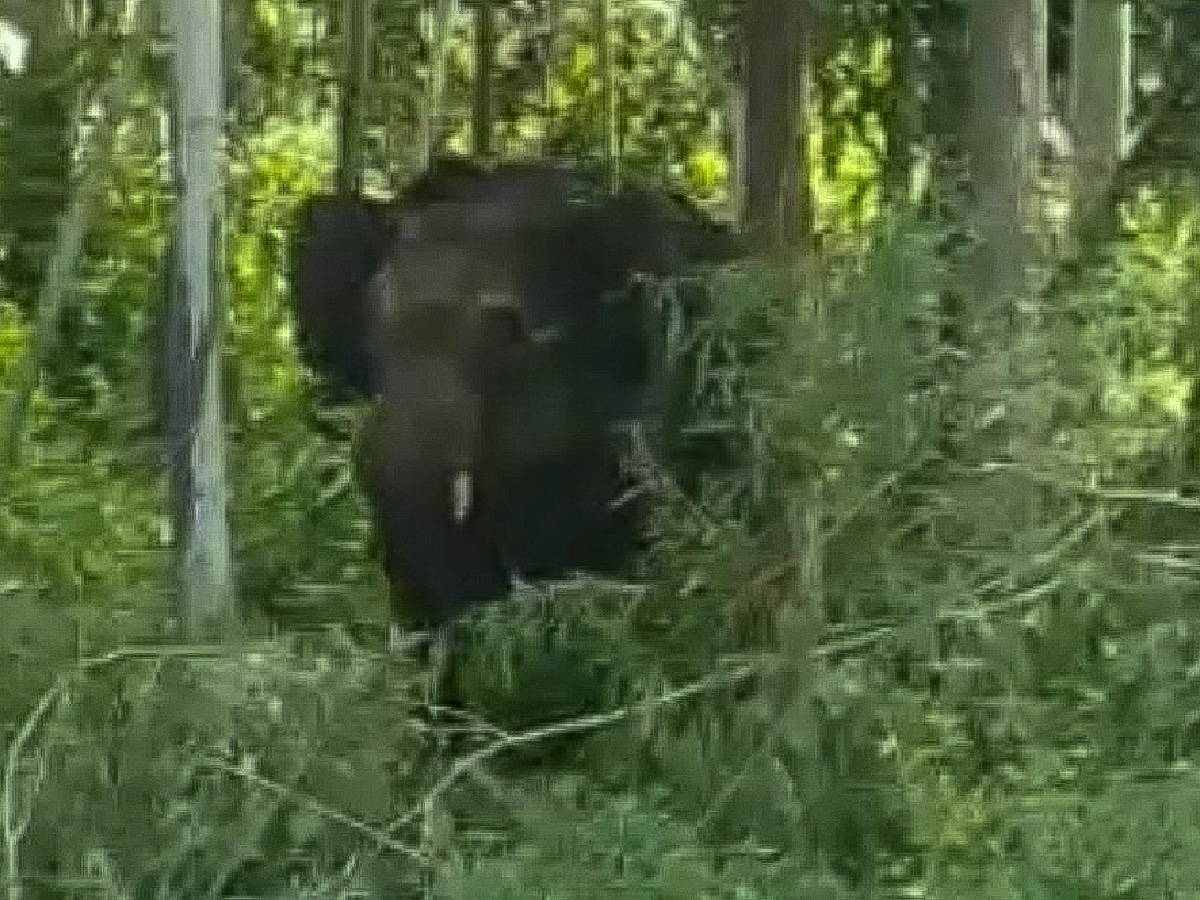 Yamunanagar. A wild elephant strayed from the national park in Yamunanagar district of Haryana and came to village Kalesar. The elephant was plucking the twigs of the trees, seeing which the villagers got scared and some people started pelting stones to force it to return to the forest. This enraged Gajraj and he ran towards the villagers.

Then what was it, did the villagers, all the policemen were seen running ahead and Gajraj running behind them. As soon as there was an atmosphere of curiosity, people started capturing this thrilling sight in their mobile cameras. As soon as the news was received, the team of Wildlife Department also came to the spot and the wildlife team also tried hard to send the elephant back to the forest.

But Gajraj was not ready to accept that. The game continued like this for several hours and the elephant stunned the villagers as well as the wildlife and the police. After this Gajraj himself returned to the forest. Thankfully there was no casualty during this time.

It is worth noting that the Corbett National Park of Uttarakhand is also connected with the National Park Kalesar, due to which the leopard, elephant, dragon and other wild animals often enter the rural areas and the villagers have to face such situations.

Accepting the crime and agreeing to everything, can Aftab bring a twist in the Shraddha murder case?