Gehlot called me ‘worthless’, my upbringing doesn’t allow the use of such language: Sachin Pilot 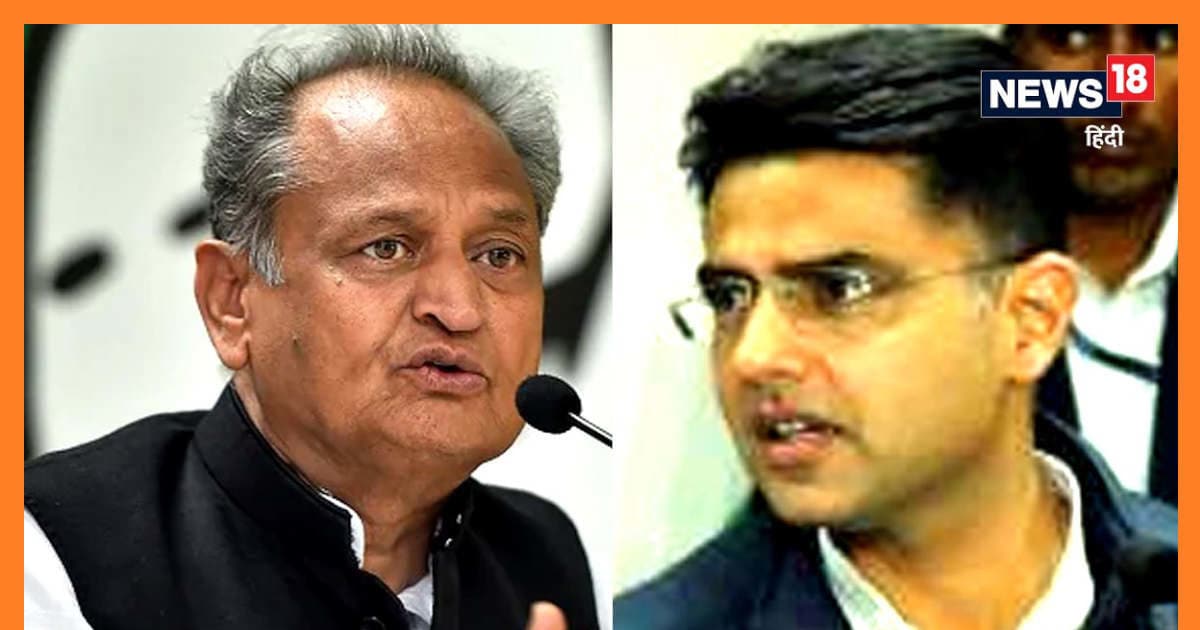 Pilot said – I cannot speak this kind of language

New Delhi. Senior Congress leader Sachin Pilot hit back at Rajasthan Chief Minister Ashok Gehlot’s ‘traitor’ statement. He said on Thursday that it does not suit such an experienced person to use such language. Along with this, Pilot said that it should be a priority to fight unitedly to defeat the Bharatiya Janata Party (BJP) and strengthen Rahul Gandhi’s hand. Pilot said that Gehlot has been calling him “useless, useless, traitor etc”, but his upbringing does not allow him to use such language.

Former Deputy Chief Minister of Rajasthan Pilot said that no purpose is going to be served by the use of indecent words, mud-slinging and the ongoing round of allegations and counter-allegations. Days before Congress leader Rahul Gandhi’s Bharat Jodo Yatra entered Rajasthan, Gehlot termed Pilot a ‘traitor’, saying he had rebelled against the party in 2020 and tried to topple the state government. That’s why he cannot be made the Chief Minister. Responding to Gehlot’s remarks, Pilot said, “I have seen Ashok Gehlot’s statements today which are against me. It does not behove a senior person with so much experience, to whom the party has given so much, to use such language, to make completely false and baseless allegations.

Unite to fight BJP – Pilot
Former Union Minister Pilot said, ‘It does not serve any purpose, when we have to unite and fight the BJP. Even before, Ashok Gehlot has been making such allegations against me for a long time. Pilot said the priority right now is to win the assembly elections in Gujarat, where Ashok Gehlot is a senior party observer. He said that along with this it is necessary to strengthen the hands of Rahul Gandhi and the party. Pilot, who walked with Rahul Gandhi and Priyanka Gandhi in the Bharat Jodo Yatra in Madhya Pradesh, said, ‘This is the time for us to work together to defeat the BJP. Because, only Congress can defeat BJP. I think no purpose is going to be served by the use of abusive words, mud-slinging and allegations and counter-allegations.

This is the claim of the pilot camp
Talking to NDTV, Gehlot alleged that Union Home Minister Amit Shah and Union Minister Dharmendra Pradhan also played a role in the rebellion when some Congress MLAs, led by Pilot, stayed at a resort in Gurugram for over a month. Was. Ever since the victory of the Congress in the 2018 assembly elections in Rajasthan, there has been a deadlock between Gehlot and Pilot over the post of Chief Minister. Gehlot says that Pilot does not have the support of most Congress MLAs, while the Pilot camp is claiming that the MLAs want a change of leadership.

Share
Facebook
Twitter
WhatsApp
Linkedin
Email
Telegram
Previous articleFIFA World Cup 2022: The magic of FIFA is in the shadow, meanwhile watch these 5 Hindi based on football, the same passion of the game will be seen
Next articleMarriage, romance and atrocities… Karthik Aryan looks even more creepy in Freddy’s second teaser

Explainer: Permission was granted to abort an 8-month-old pregnancy, know how long abortion can be done in a normal case

Why victory in Delhi MCD elections is a battle of prestige for BJP, AAP and Congress, 5 points