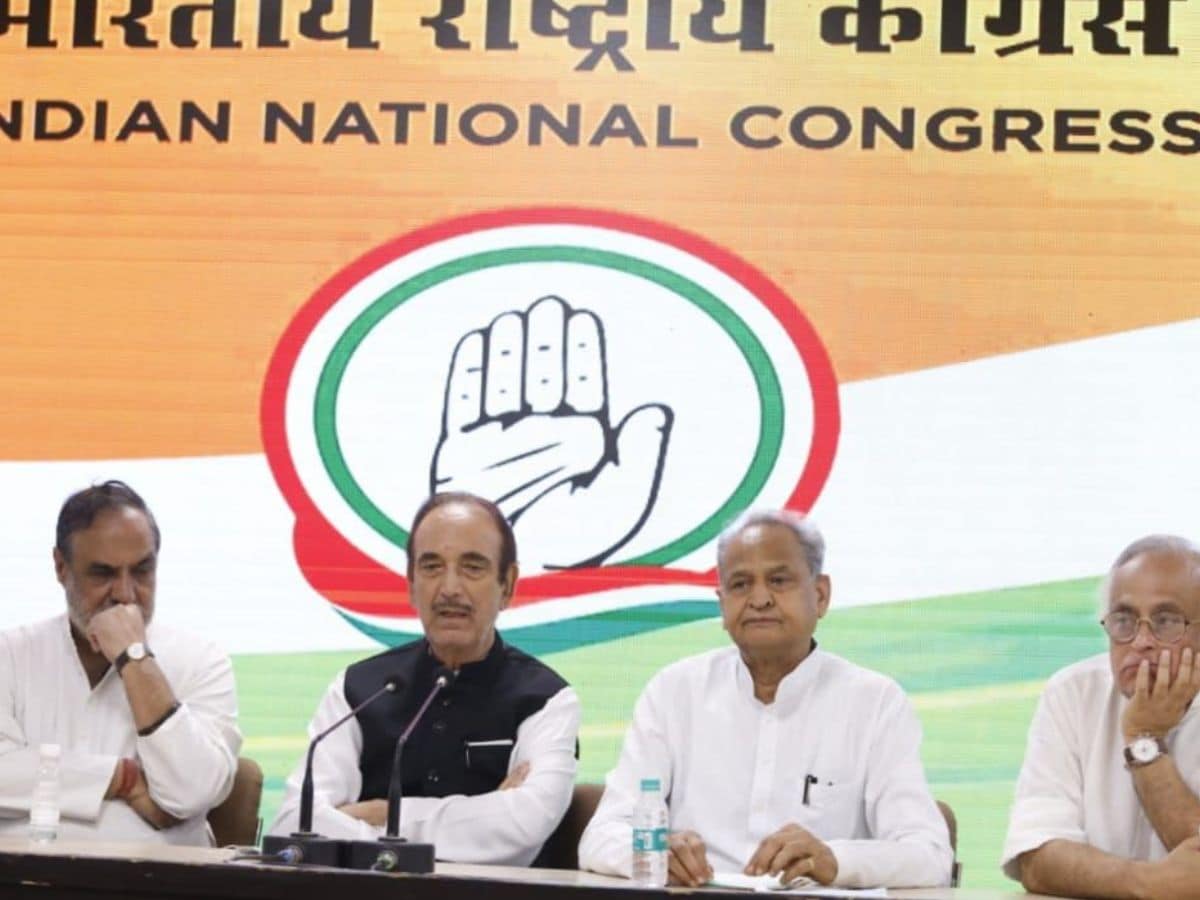 Rasool Wani has replaced Ghulam Ahmad Mir, who had resigned in July.

Delhi/Jammu. Congress President Sonia Gandhi on Tuesday appointed former Jammu and Kashmir Chief Minister Ghulam Nabi Azad as the head of the party’s campaign committee in the union territory, but Azad turned down the offer. As part of organizational reforms in Jammu and Kashmir, Gandhi appointed Vikar Rasool Wani, considered close to Azad, as the new president of his Jammu and Kashmir unit.

Azad is a prominent member of the ‘G23’ group of the Congress. The group has been critical of the party leadership and has been demanding an organizational change. Azad was not sent to the Upper House again after retiring from the Rajya Sabha. Congress has appointed senior leader Raman Bhalla as working president of the Pradesh Congress Committee. Former PDP leader Tariq Hamid Karra has been named as the vice-chairman of the campaign committee.

Hours after the appointments were made public, quoting sources, it is learned that Azad refused to accept Gandhi’s offer. Wani, however, replaced Ghulam Ahmad Mir, who resigned in July after holding the position for eight years.

Congress organization general secretary KC Venugopal said that Sonia accepted the resignation of Ghulam Ahmed Mir from the post of state president and appointed Rasool Wani as the president in his place. Considered close to Azad, Wani is a senior state Congress leader and has been an MLA from Banihal.

The Legislative Assembly in Jammu and Kashmir has not been in existence since the abrogation of the special provisions of Article 370 on August 5, 2019. The delimitation work has been completed. At present, nothing has been clarified by the government regarding the date of the assembly elections.

Share
Facebook
Twitter
WhatsApp
Linkedin
Email
Telegram
Previous articleMake homemade eyeliner in these easy ways, the beauty of the eyes will add to the moon
Next articleDoes your child have a habit of throwing things? These tips will solve the problem