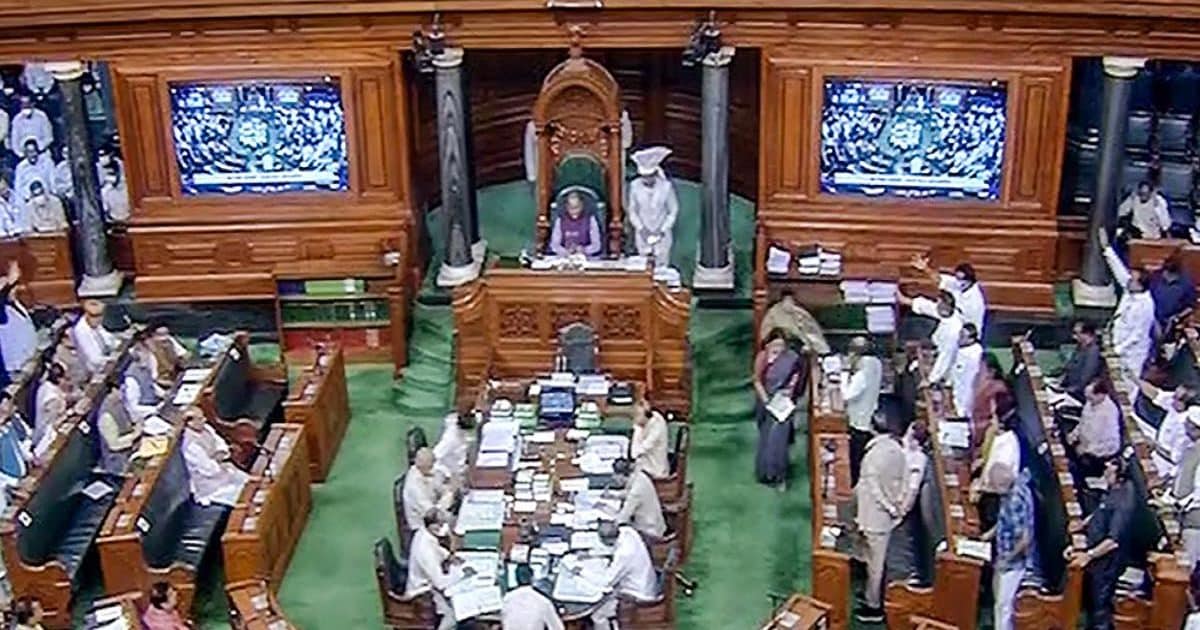 No clash between government and opposition

Interesting scenes in the meeting of parliamentary committees

The round of allegations continues in the ruling and opposition

New Delhi. Due to the absence of Parliament at present, the conflict between the opposition and the government is being seen in the parliamentary committees. There was a fierce clash in the meeting of the Parliamentary Committee on Home Affairs on Donor, that is, the Northeast Development Project. Here the opposition clashed with the president led by the Bharatiya Janata Party. In this meeting, when the Government Secretary said during the presentation that the basic and objective of this strategy for the North-East states was “Sab Ka Saath, Sab Ka Vikas”. Opposition members led by Derek O’Brien of the Trinamool Congress protested and released a copy of the BJP. Manifesto for the 2014 Lok Sabha elections, which had the same slogan on its cover.

Opposition leaders said that no presentation is allowed in which the election manifesto of any party is being shown. However, the opposition argument was completely rejected by the chairman of the parliamentary committee as well as other BJP leaders. He said this was the prime minister’s motive and hence it cannot be seen as partisan or political. Committee chairman Brijlal refused to accept the argument saying that this is the vision of the PM and his vision cannot be called mere politics.

There is a big difference between the government and the party
Here, TMC said on this issue that this cannot be allowed and should be avoided. Now she is going to write a letter to all the government departments and ministries to tell this. Derek O’Brien told News18, ‘We never use ‘Ma Mati Manush’ in any government program or policy presentations. The party can but the government cannot. A decision has to be taken on the winter session of Parliament. Some Northeast lawmakers and Christian lawmakers say they have been given little time to prepare for Christmas. In fact, consecutive figures are kept in the cabinet by many of these MPs to indicate that over the years the winter session of Parliament has ended just a day or two before Christmas and the second part of the session is again in the first session. begins. The week of January, which means they have to cut back on Christmas and New Year’s holidays.

Share
Facebook
Twitter
WhatsApp
Linkedin
Email
Telegram
Previous articleToday’s Horoscope: The necessary work of Libra people will be completed, Scorpio and Sagittarius will be under tension
Next articleAaj Ka Rashifal: People of Capricorn will be confused, will meet friends of Aquarius and Pisces