Governor Ramesh Bains returned to Ranchi from Delhi, the decision on the membership of CM Hemant can come anytime 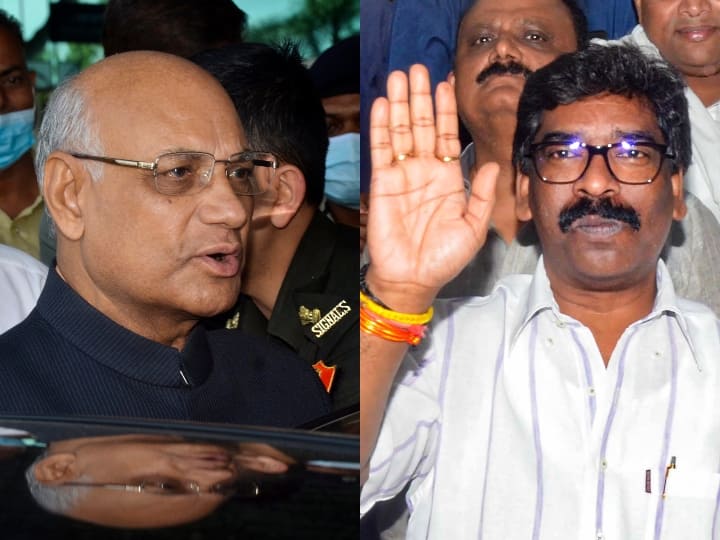 Jharkhand Political Crisis: Governor Ramesh Bains about a week long Delhi tour amid the ongoing political crisis in Jharkhand over the threat of termination of assembly membership of Chief Minister Hemant Soren. Returned from Ranchi. On September 1, a day before leaving for Delhi, Bains assured ruling party legislators that they would clarify everything on the recommendation of the Election Commission of India on Soren’s plea seeking termination of assembly membership in the office of profit. .

An official source at Raj Bhavan said that the governor has returned to Ranchi. Till now he has not issued any order. The Election Commission of India sent its decision to the Governor on August 25, after which a political crisis has arisen in the state. Though the Election Commission’s decision is yet to be formally announced, there is speculation that the commission has recommended disqualification of the Chief Minister as an MLA.

The government won the trust vote

Earlier on Monday, the Jharkhand Mukti Morcha (JMM)-led coalition government easily won the trust in the assembly. This has cleared the clouds of doubts about the fall or change of government in the state due to horse-trading and strengthened Soren’s position. Let us tell you that in the 81-member Jharkhand assembly, 48 MLAs and an independent voted in favor of the confidence motion. However, members of the BJP-led NDA walked out of the House during the voting.

During the special session of the Assembly, Soren said the need for a trust vote was felt because the BJP was trying to destabilize democratically elected governments in non-BJP ruled states, including Jharkhand. The Chief Minister claimed that there has been a state of instability in the state since August 25 after the news of the Election Commission sending its recommendation to the Governor in the media, but the Governor is still silent. He said that the government delegation requested him to clarify things. He assured that he will do this in two-three days. After that he secretly went to Delhi.

Watch: Enemy aircraft-helicopters and drones will be destroyed in a jiffy, the army successfully test-fired India’s QRSAM missile

Bihar Politics: With these four photos, Prashant Kishor made a scathing attack on Nitish Kumar, then deleted the tweet