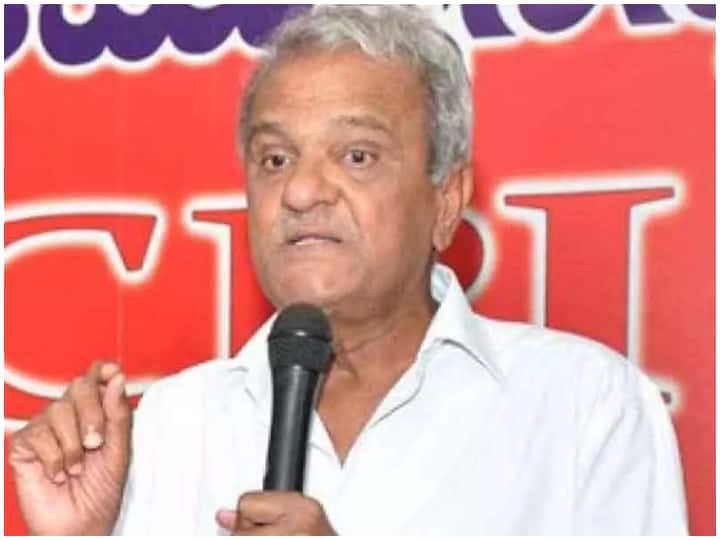 CPI On Governor And TRS Dispute: Communist Party of India (CPI) national secretary K Narayan on Thursday attacked Prime Minister Modi-led BJP government and called for removal of governors from all states. The CPI leader said, “Governor system is not useful for our country.” K Narayan said governors in non-BJP-led states are creating trouble for state governments – West Bengal, Kerala, Tamil Nadu and the latest Telangana are all examples.

‘Demand the removal of governors’

K Narayan did not stop here, he added, “The governor is used as a tool to harass these governments. The governors should follow the guidelines of the constitution. The governors do not have the right to interfere. We All demand the removal of the governors.” Let us tell you that Telangana Governor Tamilisai Soundararajan on Wednesday (Nov 9) slammed the TRS government in the state, saying that “she suspects that her phone is being tapped”.

Governor Tamilisai Sundararajan said, “In a tape case, they (state government) wanted to drag Raj Bhavan and mentioned Tushar. Tushar was my ADC. I suspect my phone is being tapped… Greeted Diwali two days ago. Only then did he mention Tusshar…”

The Governor of Telangana and the KCR government in the state are face to face on some issues. However, on PM Modi’s visit to Ramagundam, K Narayan said, “PM Modi is visiting Ramagundam on 12th. In Telangana, he is privatizing everything and not implementing the promise made during the separation of states. People will show their anger. By showing black flags… we are organizing an action committee consisting of all political parties.”

‘We will bring anti-BJP parties on one platform’

When asked about the alliance with TRS in Munugode by-poll held earlier this month, he said, “BJP has the most communal and undemocratic rule. They came here for unnatural by-polls. We wanted to teach them a lesson. Saw strength and joined with other secular forces. We joined TRS as it is a secular party. Our decision to join TRS was proved right by the election results. Congress is unable to fight against BJP. Thirdly There is no question of front. Whoever is against BJP, we will mobilize them. We only want to bring anti-BJP parties on one platform.”