‘Har Ghar Tricolor’ ceremony, now the national flag can be hoisted day and night in their homes, the government changed the rules 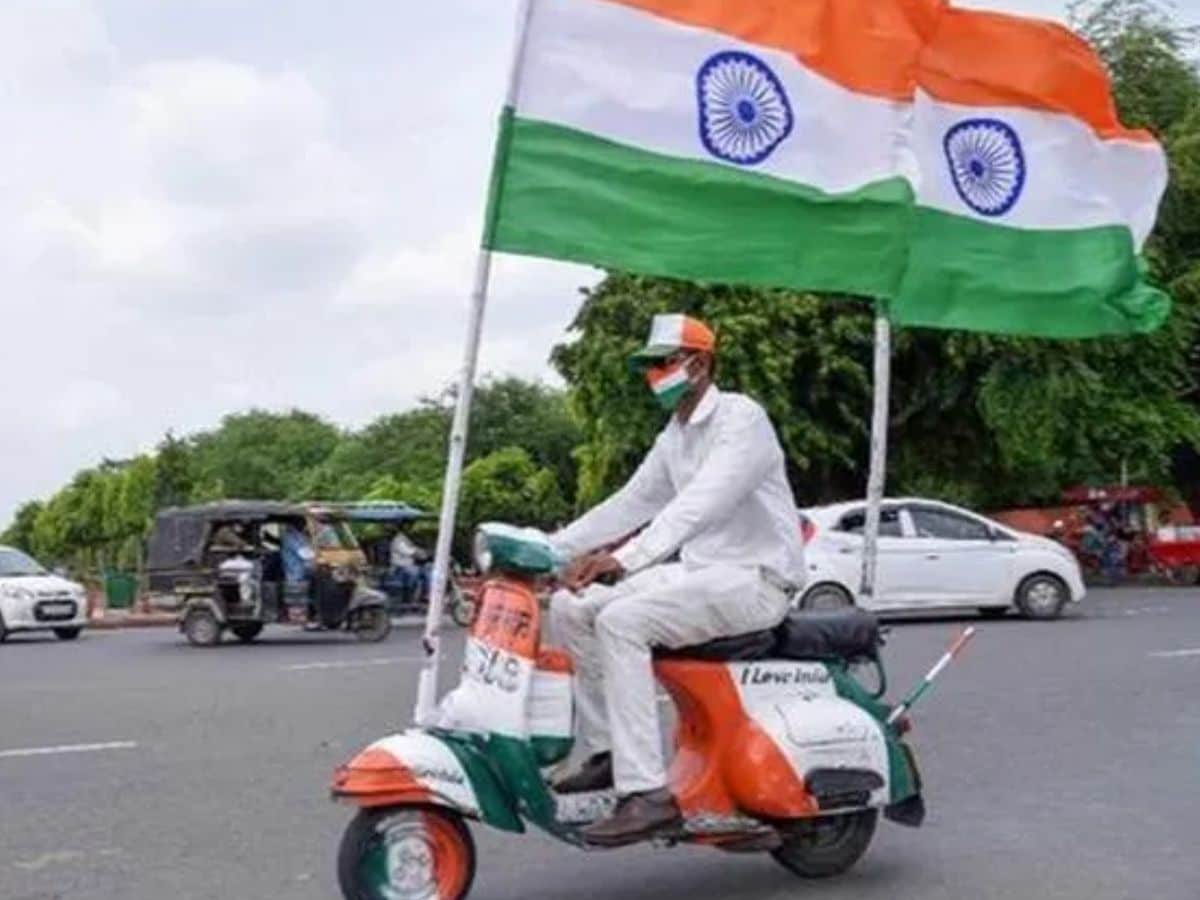 Till now the public was allowed to hoist the national flag from sunrise to sunset.

Union Home Secretary Ajay Bhalla wrote a letter to all the secretaries regarding the new rules.

PM Modi tweeted and appealed to the public to participate in the tricolor campaign at every home.

New Delhi: Now everyone can hoist the tricolor in their house day and night, because the Modi government at the Center is making important changes in the rules of hoisting the tricolor with the ‘Har Ghar Tiranga Celebration’ before the Independence Day. . Till now the public was allowed to hoist the national flag from sunrise to sunset.

News18 has accessed a letter by Union Home Secretary Ajay Bhalla which he wrote to all the secretaries on July 20. It was also said in the letter that the new rules for hoisting the tricolor come into effect from the same day. Regarding the new rules in the letter, it was said that further amendments have been made in the Indian Flag Code 2002. The new rules are as follows. If the national flag is hoisted in any open place or in the house of a member of the public, then now it can be hoisted day and night.

Earlier this was the rule of hoisting the tricolor
Let us tell you that earlier it was a rule that when the national flag is hoisted in an open place, it should be hoisted as far as possible till sunrise and sunset, no matter what the weather.

The Home Secretary in his letter said that this step has been taken with an aim to encourage citizens to participate in the ‘Har Ghar Tiranga’ ceremony and unfurl the national flag at their homes. This year we are celebrating the nectar festival of freedom, let us strengthen the tricolor movement at every home. Hoist the tricolor in the house from 13 to 15 August. The Union Home Secretary said in his letter that the government expects that the tricolor will be hoisted in about 30 crore homes on August 13.

PM Modi appealed to the public by tweeting
Let us tell you that on Friday, Prime Minister Narendra Modi also tweeted and appealed to the public to participate in it in relation to the Tricolor celebrations at every house. PM Modi said in his tweet that ‘This year, when we are celebrating the Amrit Mahotsav of Independence, let us strengthen the tricolor movement at every home. Hoist the tricolor or display it in your homes between August 13 and 15. This movement will deepen our association with the national flag.

Share
Facebook
Twitter
WhatsApp
Linkedin
Email
Telegram
Previous articleSwara Bhaskar lashed out – what is happening in the country and you understand the discussion on Ranveer Singh’s photos
Next articleAmidst the Ukraine war, the students returned to India after leaving MBBS, started a hunger strike, this demand was placed in front of the central government