‘He is not a politician, he is a businessman’ – JDU President Lalan Singh’s attack on Prashant Kishor 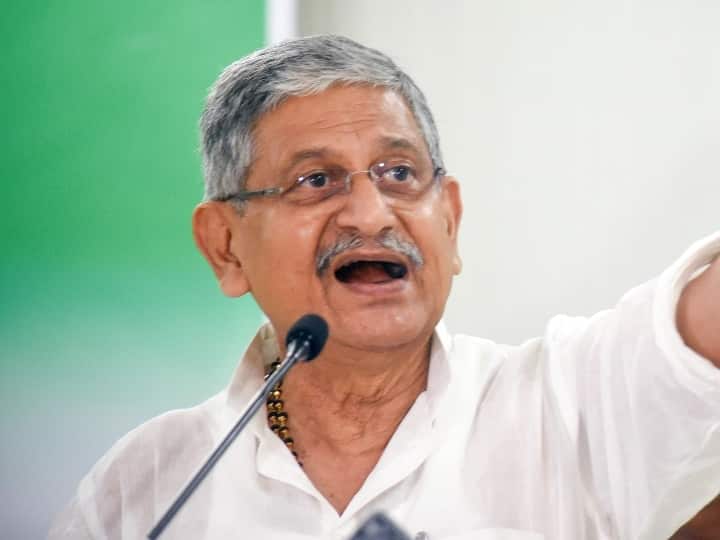 Bihar Politics: Janata Dal United National President Lalan Singh has taken a dig at political strategist and politician Prashant Kishor, calling him a ‘businessman’. At the same time, he also said that what comment on Prashant Kishor, it is useless to say anything about him. He is not a political person, he is a businessman and does his business.

Prashant Kishor is a businessman, not a politician

Lalan Singh said “Has Prashant Kishor ever seen Bihar? They play different roles. Right now they are working for BJP. Education system in Bihar has improved so much and so much work has been done, girls Now the one who has to do his branding and launch his product, what will he do politics. We all know whose work they are doing. Sometimes they themselves ask CM for time and call the press and tells that the CM is asking us for time.”

Earlier on Saturday, Prashant Kishor had taken a jibe at Nitish Kumar and said, “Fevicol should make him the brand ambassador.” He had said that, “We have seen many alliances being formed and broken in Bihar, only one link does not break between the CM’s chair and Nitish Kumar, whatever the alliance may be. It is exemplary and can be done only by him.” We have been hearing this line till date that Fevicol’s joint is there, it is not going to break.

Attacking former JDU national president RCP Singh, Lallan Singh said, “What to say about a political worker who was never a political worker and became a leader by becoming an officer. Has he ever had political training? Today he is commenting on Nitish Kumar, who made him a minister and a leader.”

BJP will be out on zero

On Nitish Kumar’s statement, Singh said, “Nitish Kumar does not have the ambition of the post of PM, Nitish ji is trying to form a collective opposition against the BJP. He has also met Akhilesh Yadav and Mulayam Yadav. On the SP poster What is wrong with Nitish ji’s picture? He is trying to bring all opposition leaders together.”

Lalan Singh said, “BJP will be thrown out of power in 2024. BJP will be reduced to 0 seats in West Bengal and the same situation will happen in Bihar. 4 states together will eliminate BJP.” He also commented on BJP’s Rajya Sabha MP Sushil Modi and said, “Sushil Modi was on retirement, now he is speaking, so let him speak. At least Sushil Modi has got employment and our best wishes are with him.”

Lok Sabha Election: Will Sharad Pawar be made the PM candidate of the opposition? Name raised in NCP meeting

Bharat Jodo Yatra: ‘We are working to ‘unify’ the country, but people are trying to break it – Congress slams BJP