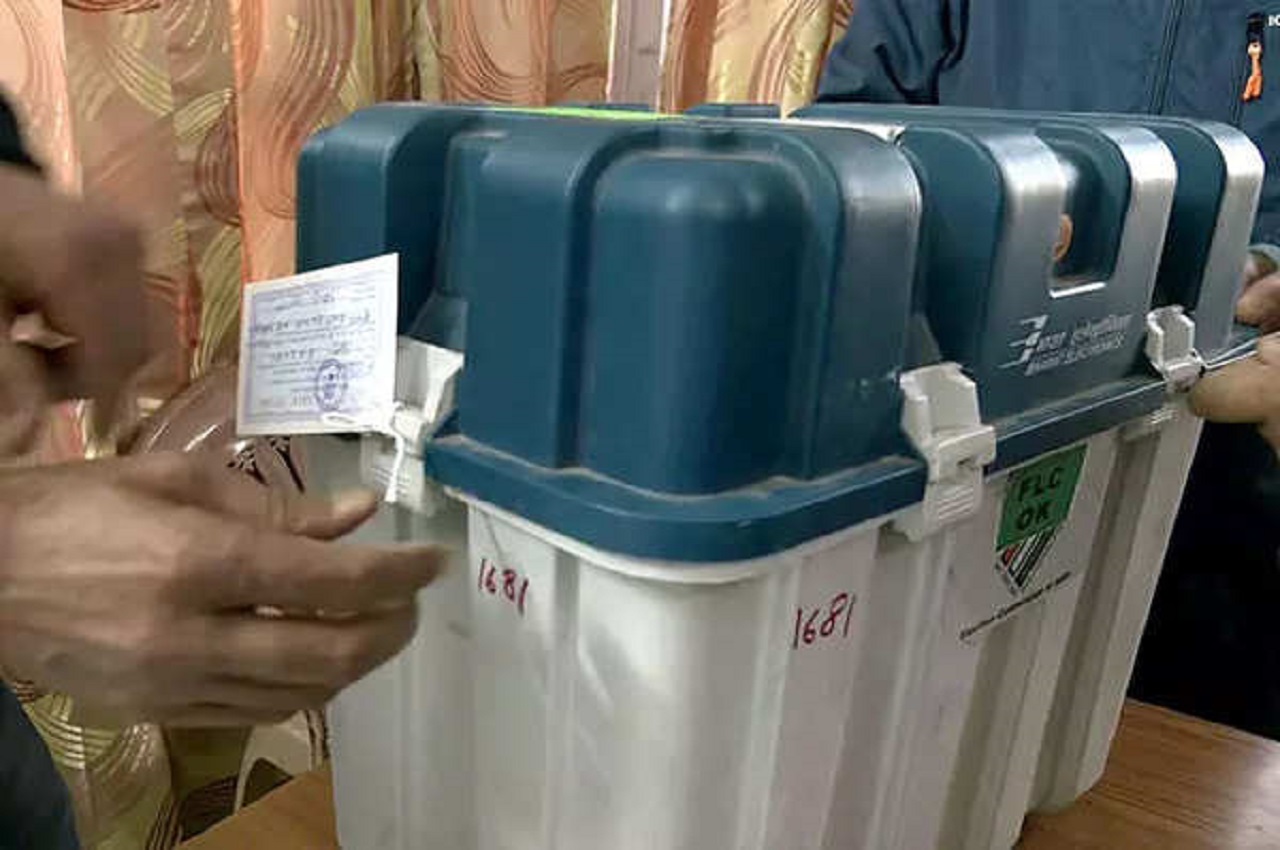 After this Congress workers protested and also accused the polling party of EVM tampering, after which the District Election Commission officials immediately suspended the members of the polling party.

“The EVMs were being taken in a private car. We followed it up and also informed the police and Election Commission officials,” Congress MLA Nand Lal said while talking to the media.

As per rules, after the voting process is over, EVMs have to be taken to the counting center by government vehicles. Voting took place on Saturday for the election of the new government in 68 seats in Himachal Pradesh.

District Election Commission officials said they received information after the completion of polling that polling party number 146 assigned to Dattanagar-49 was carrying EVMs/VVPATs in their private vehicle bearing the registration no. HP-03D-2023.

As soon as the incident was reported, the police administration reached the spot, tried to pacify the protesters and sent EVM/VVPAT machines to the strong room.

Election Commission officials closely examined the EVM/VVPAT machines outside the strong room in the presence of Congress and BJP workers and claimed that the machines were sealed properly and no tampering was found.

Officials claimed that the polling party used a private vehicle in haste to surrender the EVMs/VVPAT machines and be relieved of the responsibility.

“We found that the polling party number 146 was carrying the EVM/VVPAT machine in a private vehicle, which is a clear violation of the ECI directive and prima facie found that the party did not follow due procedures and violated the rules. Is. ECI instructions,” Returning Officer (SDM) Surendra Mohan said in an order.